I just got a Gigabyte G1 GTX 970 card, to replace my GTX 670's in SLI, however I wish to keep one 670 to use as a dedicated PhysX card however I've run into some problems. I have an ASUS P9x79 Pro motherboard, running Windows 10

Both cards are slotted in, 670 in the slot nearest the CPU, G1 below it both are in the blue PCI-E slots. Boot up with a DVI cable in the 970, but nothing shows on the screen, no POST screens etc and I get the "monitor going to sleep". There is a permanent red LED for "BOOT_DEVICE_LED" on the motherboard at this time. I then plug the same DVI cable into my 670, and the screen powers on fine, the LED has now gone out... I then boot to Windows.

Once booted to desktop I switch DVI cable back to the 970, and it works fine, picture, resolution etc all ok. I then restart the machine with the DVI in the 970, same thing happens, no picture until I switch back to the 670.

So it now works.... I reseated multiple times, as I had done before, changing something ever so slightly every time and eventually it worked. Don't ask why, I have no idea. What I changed this time tho? The levers that hold the PCI cards in tight. 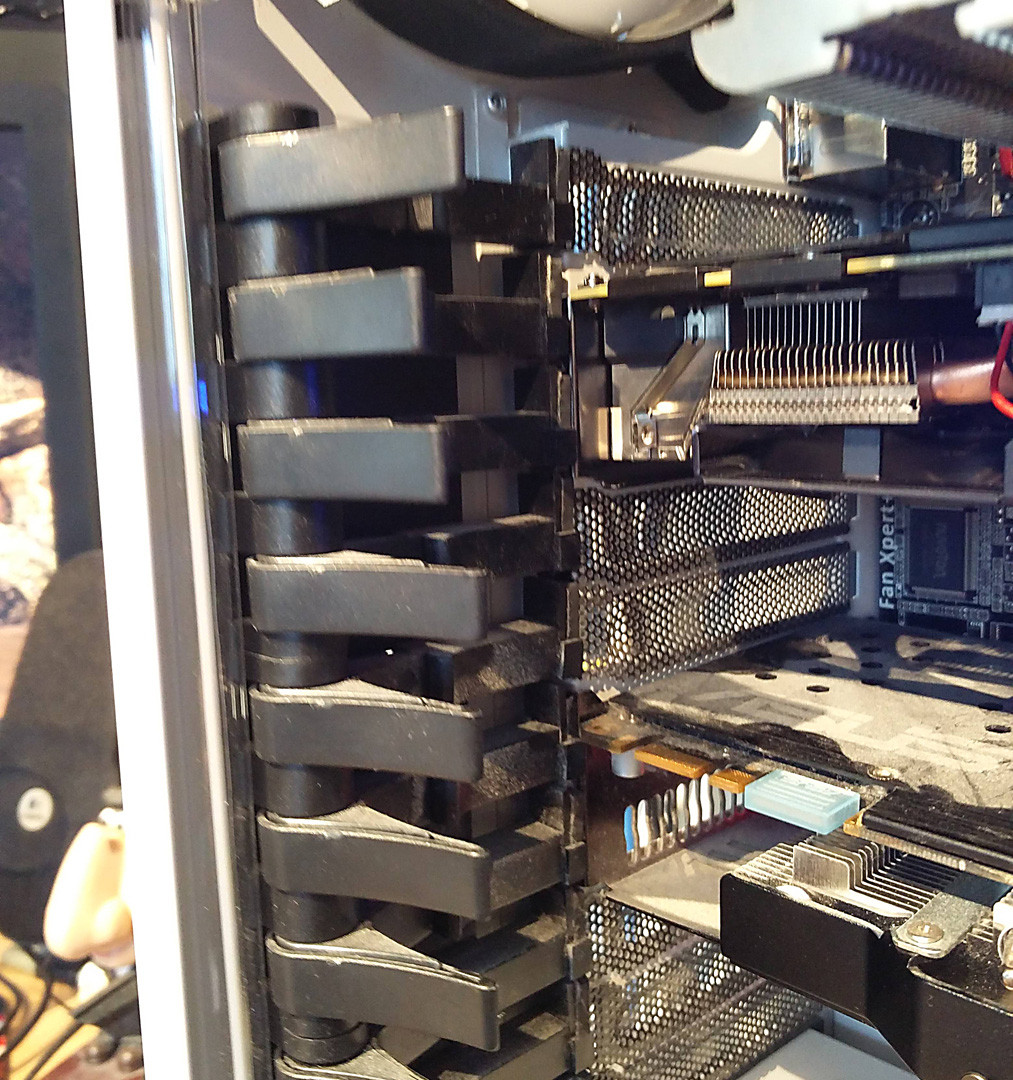 Levers 2 and 3 hold in the 970, see they are not flush with the other levers and pushed all the way in, but the ones holding the 670 are? No idea why this affected it, perhaps due to putting too much pressure against the mobo PCI pins or something... who knows, but it works (for now)

Not the answer you're looking for? Browse other questions tagged graphics-card display nvidia-graphics-card physx or ask your own question.