Computer randomly gets into power loops

A few weeks ago my original power supply, Corsair AX760i, started randomly getting stuck in power on/off loops. It would reboot, the fans would spin up then shut off after 1-2 seconds and repeat. It originally, first occurred when someone plugged a vacuum cleaner to an outlet in the room (not same outlet or surge protector though) but started occurring more without any seemingly reason. Leaving the system off for a few minutes / hours the system would boot. A lot of the times I would see a message about overclocking failed. Eventually, the computer wouldn't turn on, nor the fans would spin, the only thing the PSU would do is click on and click off. The Self-Test on the back of the PSU would neither show green or red too.

I contacted Corsair RMA dept and they replaced my PSU with an AX860i. Cool, I hoped this was the last of it.

Fast forward a week to today and the new PSU is starting to behave like the old. This time I kept the system off for a few minutes then turned it back on and the bios mentioned there was an overclock problem. I didn't boot to OS and turned the system off and hit the power breaker on the PSU until further analysis.

The system is less than 6 months old too. I have another computer in the room and its running fine. I bought a new surge protector too.

I installed the Corsair LINK for my AX860i PSU. Here is the info it returns 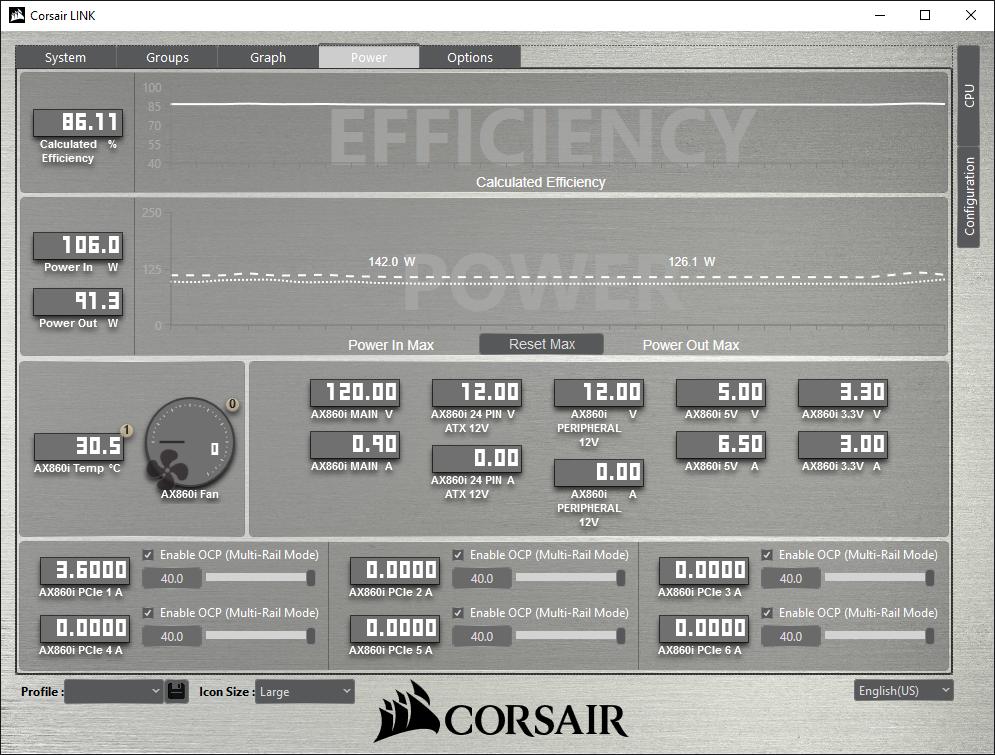 The Event Viewer didn't show anything overly suspicious. The Error is from the screenshot: "The previous system shutdown at 9:31:05 PM on ‎12/‎15/‎2015 was unexpected." 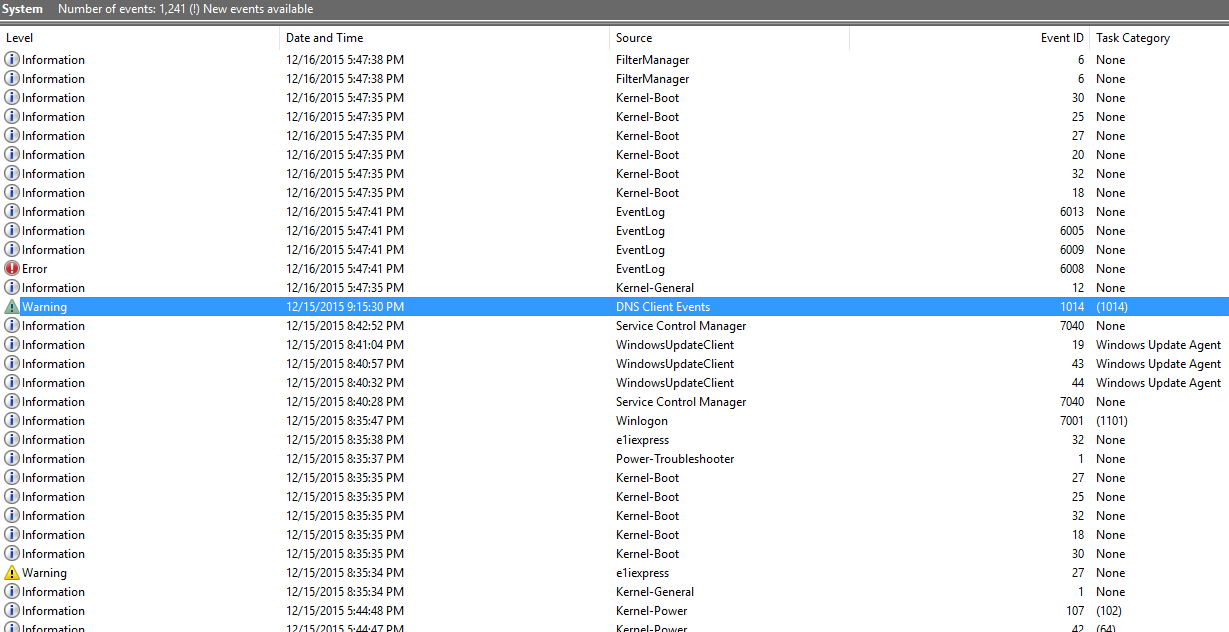 A solution starts by first identifying a defect. That was not done. Speculated was that a power 'system' component was defective. To identify a defect, the 'system' must be defined - by numbers.

PSU is only one component. Something completely different decides when that PSU can power on, if it can stay on, and even the the CPU is permitted to execute. That would perform power cycling. A power controller (and other 'system' components) remain completely unknown until a meter provides some three digit numbers for the entire system - still interconnected.

Required is a digital meter, some requested instructions, and minutes of labor. Even a teenager can do this. Resulting numbers means the fewer who really know this stuff can reply with informed answers. Currently, a PSU was blamed only on speculation - without first identifying a defect or learning of many 'system' components.

Two options exist. Either continue to replace good parts until something works. Also called shotgunning. Or use a solution even defined in the TV show CSI ("follow the evidence"). To learn what is defective before disconnecting any wire or replacing any part. Latter also means learning how a computer really works. Former often only cures symptoms.

3
Why would a machine ruin three "power supply"s?
0
Why won't my computer turn off?
1
Preventing the power supply (PSU) from blowing the motherboard or vice versa
1
Computer turns on fine every day except Sunday. (Maybe due to not using it for a while?)
2
Surge Protecter's Grounded Light Turning Off
0
New Computer, will not power up
4
New build shuts down randomly - insufficient power?
1
PC won't power on after blackout