Ever since upgrading to windows 10, I am having an issue with single left-clicks registering as double clicks.

I believe this to be a windows 10 issue, not a hardware issue. I say this because it happens on two separate workstations using separate but identical keyboard/mouse setups, which were purchased about a year apart so have substantially different levels of use on them (so should rule out unlikely failure of both mice).

Prior to upgrading to windows 10, I was using windows 7 on the work machine and windows 8.1 on the home machine never had any issues with the mouse registering single-clicks as double-clicks(ever). I've been using the home setup for ≈2 years and the work setup for ≈1 year.

After "upgrading" to windows 10 at home, I immediately started having this double-click issue at home (but still no problem at work, where I was running windows 7).

A few months later, my desktop at work died (it was about 5 years old) and I got a new desktop workstation at work, which is running windows 10. Immediately after getting the Windows 10 workstation I started having the same double-click problem.

So in summary: this happens on two separate workstations using two separate mice; I never experienced this issue at either workstation prior to installing Windows 10; I upgraded from windows 8.1 to windows 10 on workstation A, workstation B died (power supply and LOB failures) and was replaced with a new Dell workstation running windows 10; at both locations, the double-clicking was immediately a problem as soon as Windows 10 was introduced.

There are many issues regarding this over on the Microsoft Answer network, however all the Microsoft representatives seem to think this is a hardware issue, and don't go into troubleshooting steps other than "get a new mouse."

I'm hoping the SuperUser community may have some better suggestions!

A & B: Both using Logitech MX5500 Bluetooth Revolution Keyboard and Mouse (two separate sets, one at each location). Both running Logitech Setpoint (most current version: Command center v6.67.83 / driver v5.90.41)

I have tried (in no particular order, on both machines):

EDIT: I tried a generic USB mouse and it does not seem to be having the double-click issue. However, the bluetooth mice still have this issue, and since I rely on the customized buttons for CAD work I would really like a resolution that doesn't involve redefining my workflow to use a more basic mouse; I've been able to use these bluetooth mice just fine for the last 2 years on Windows 7, 8, and 8.1, so this still seems like a Windows 10 problem to me. .

NOTE: Sometimes playing with the mouse settings will seem to fix it for a day or so, but a day is about the most I'll get of usability before it starts re-occurring again (usually starts of with a low number of random clicks being double-clicks and gets progressively worse very quickly).

To be clear, I have two of the same keyboard/mouse combo sets, one at each location, not one pair moved between locations; these were purchased nearly a year apart, to have very different amounts of use/wear on them.

I've done quite a bit of searching on this issue. I did read 3-4 other similar threads on this site an in one of the threads someone asked if this is really a problem. Yes it is a very real problem.

Right now my mouse double-clicks around 8/10 times, this makes it almost impossible to get anything done in some programs, and is extremely frustrating the rest of the time. For example in Solidworks, which I use heavily at work, a double-click cancels a new sketch entity and makes it impossible to select an entity [instant deselection by the second click]; In Microsoft Word and Outlook, I can't highlight the text I need to as the double-click maddeningly causes whole words or paragraphs to be selected/deselected; in any program that uses option boxes it is infuriating to work with as the second click instantly changes the option back to what it was before clicking; etc.

There are a few suggestions running around that this is a hardware problem with Logitech mice.

Two ways to reduce the problems (probably will reappear eventually) are proposed:

In case youtube links go down, here are the steps (images taken from the non-disassembly video)

Lift the mouse button (or disassemble mouse if required).

Cut a little piece of tape and stick it to the plastic plunger. 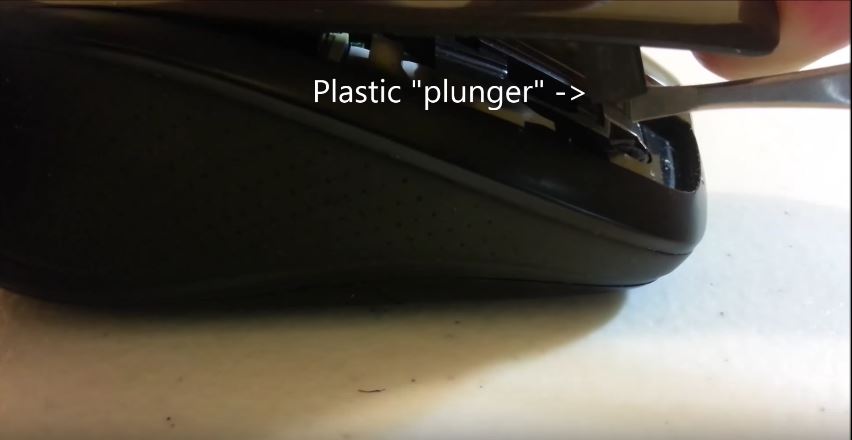 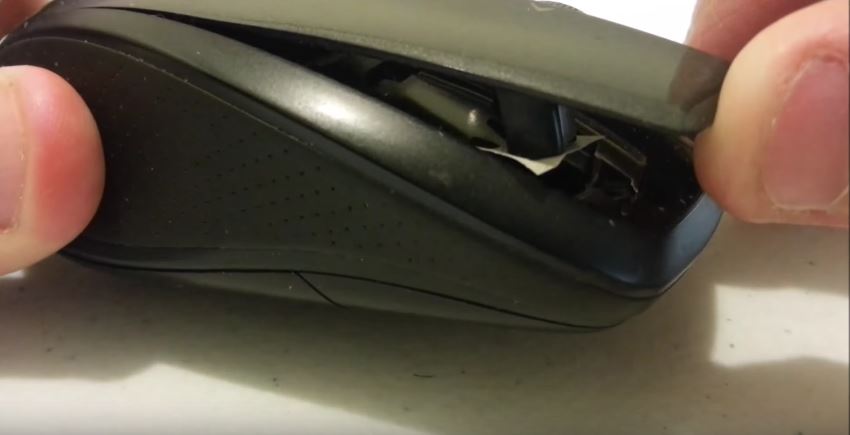 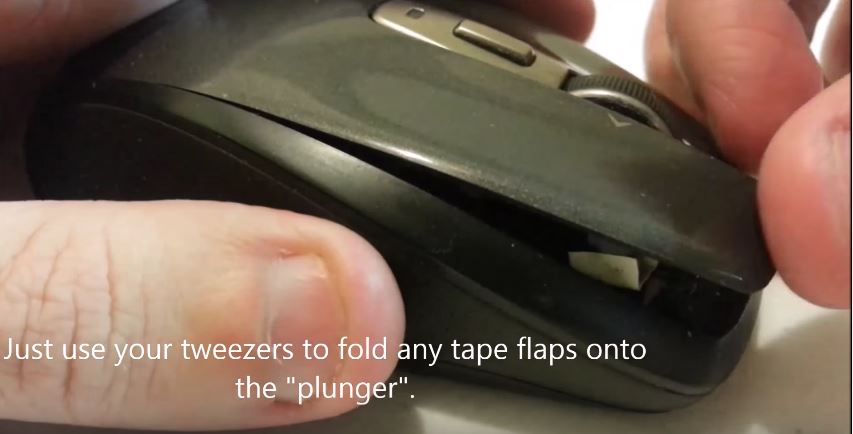 Press the button back down (or re-assemble mouse). The mouse is now fixed. 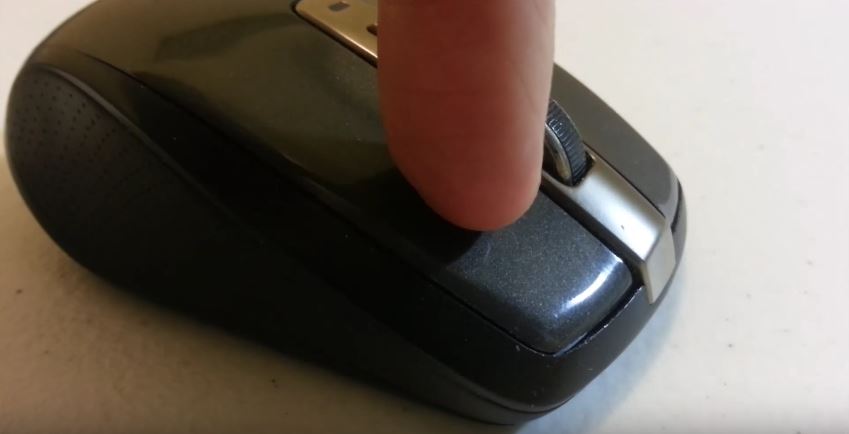 I was just having the same issue in Windows 10, and noticed in the Device Manager that I had two HID-compliant mouse entries under the "Mice and other pointing devices" tab.

I went ahead and uninstalled one of them and I no longer seem to be having the double click event problem.

I had similar issues with a Two different logitech mice on Windows 10. I've corrected my issue (or it seems to have improved) by disabling the power management settings on each USB Root Hub device in Device Manager (devmgmt.msc)

It's a long shot, but the following worked for me (on Windows 8.1, but as it appears to be a hardware problem, it doesn't really matter).

There's a small program called MouseFix written by Daniel Jackson (source code available), that's implements a global mouse hooks that filters the redundant clicks based on a threshold. The essential logic looks like this:

It's my opinion this is a windows problem. In the device manager I uninstalled all mouse HID (including the hiding devices) except the mouse I was using. This solved the problem.

Previously I had tried other mouses but had the same symptoms (or similar) problem. I suspected this was not a hardware problem since I run 2 computers with the same mouse and keyboard using a USB commutation device. The computer with Linux did not display the ''one click'' problem but the one with Win10 did.

Hope this will be helpful.