With few applications - either old or open source, I have this problem with OS smoothing inner area of window. Everyting is smoothed. This makes using Emacs-w64 very painful and I am forced to use notepad++ because it doesn't have this smoothing problem. If I turn off smothing system-wide, it turns out very ugly, even worse then smoothed.

I don't know if that is clearType or something else, because it appears in some applications and does not exist in other.

Only inner window area is smoothed, header of window is not smoothed. 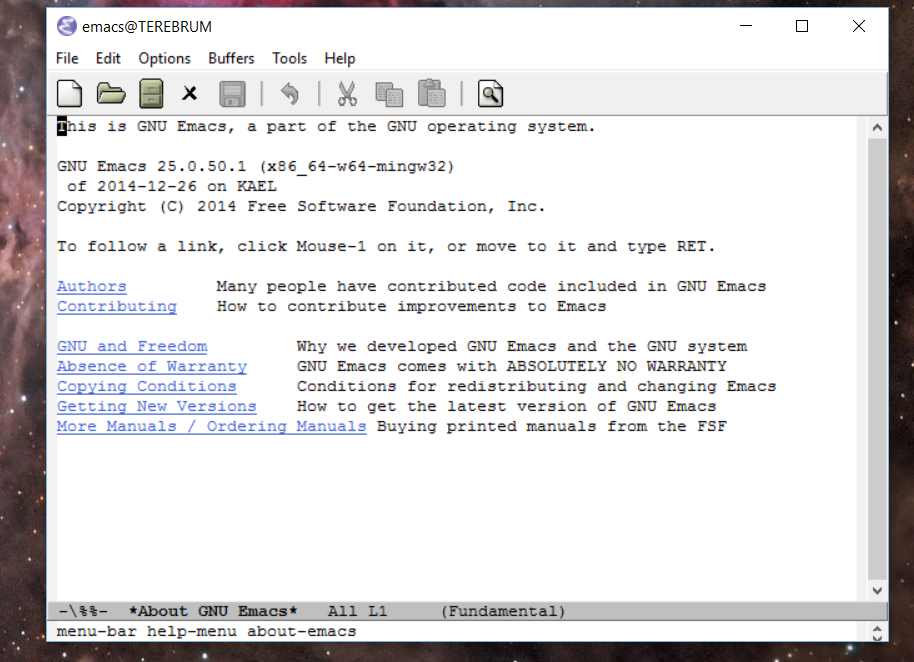 This looks like a bug, my suggestions were that inner area is put in some kind of system buffer and then transferred to another buffer and in-between of that transactions smoothing is applied. May be some DirectDraw buffers?? Because many applications which do text rendering, Notepad for example - are using standard procedure for text rendering (ClearType) and does not show this behaviour. Applications which control everything by itself, doing fine too.

I have found one round up: in "Compatibility" properties of ".LNK" file check in box "do no rescaling". This is third checkbox from "Parameters".

Also I put "windows 8" checkbox just to be sure. Because in Win8 that did not occure.

Description: "Turns off automatic resizing of programs if large font sizes are used. Try this setting if large-scale fonts are interfering with the appearance of the program."

Also I found that could be done via regedit. Recipe from tenforums.com.

Would be great to know how to do that from CMD perspective. But solved! Other old text editors are working as well too! "SourceInsight3" for example.