I have an excel spreadhseet where I am pulling in data from an external data source. I really would like to group and/or pivot the data to use for data validation.

What I want to do is take this:

I've tried to use a pivot table, but I can't get figure out how to get the actual text to display in the "values" section for each column.

Using the "count" option for NAME, I can see where each name lands in each company, but I just can't figure out the last part of getting the names to display.

I need them to be in-column so I can use them for data validation. I also need the columns to be dynamically linked to the source table (hence the pivot table) so that anytime I refresh the query my pivoted data updates as well.

Any help or direction would be greatly appreciated. I am pulling in the external data using MS-Query. I would be open to pivoting data there as well. I tried to use pivot and group by commands in the SQL string but could not get them to work (I don't know if MS-Query supports such SQL commands). 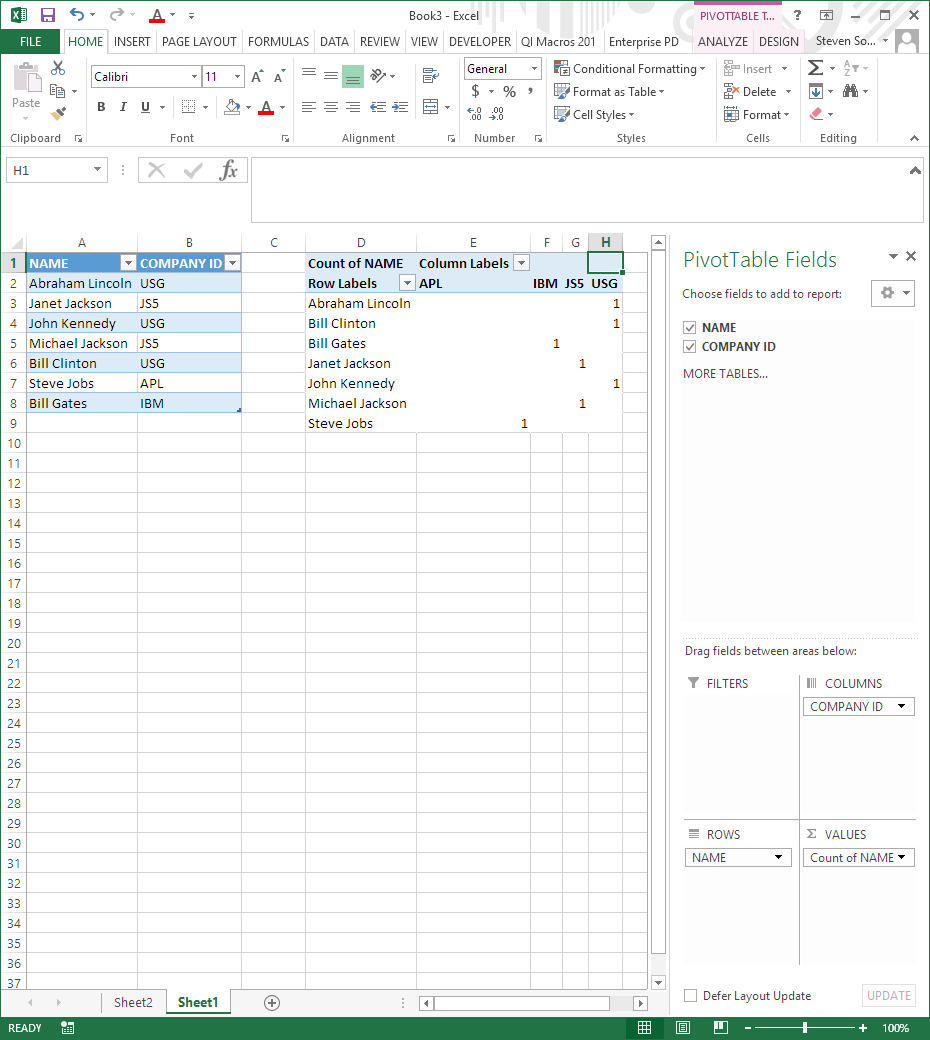 THis can be done using the PowerQuery addin, or by using VBA and a workaround. Both approaches are detailed at https://stackoverflow.com/questions/32767117/pivot-in-excel-without-aggregation-to-show-text-not-numbers/

0
Excel 2007 pivot table does not aggregate properly
2
Excel Pivot Table Date Range as Columns
0
Excel 2007 - Get each record by Type from Pivot Table
1
Excel 2010 Pivot Table: How can I expand/collapse a subset of records beneath a distinct set of records?
2
Can an Excel 2007 Pivot Table merge data from different tables like a database?
3
calculated column in pivot table from power pivot
0
In Excel, I am trying to calculate a percentage of two sums
0
Excel 365 - Pivot tables ungroup dates when refreshed; not an issue in Excel 2016
0
Excel Power Pivot Data model Sum of Max date groupings