I presume that the spell check is somehow integrated into the keyboard language, but only active within some applications (maybe those that don't appropriately control it). I have several different languages installed, with German being the main one, but no English keyboard installed, as it is simply not neccessary when using the german one (no additional keys/letters in English, and I prefer the language list not to get too long). Now when writing a mail in English, it autocorrects everything german-style (in Mail). Within the keyboard settings (control panel - time, language and region - language - keyboard=>options) I have access to some details regarding the spell checking (differently for different keyboard languages), but no option whatsoever to just turn it off! Regardless of me using a german layout for english input, there should be an option for anyone not wanting a spell check to turn it off, shouldn't it?

Does anybody have a clue whether there is another hidden option for spelling checks which could really turn this thing off?

This is an old question but this might be the right answer.

What worked for me: 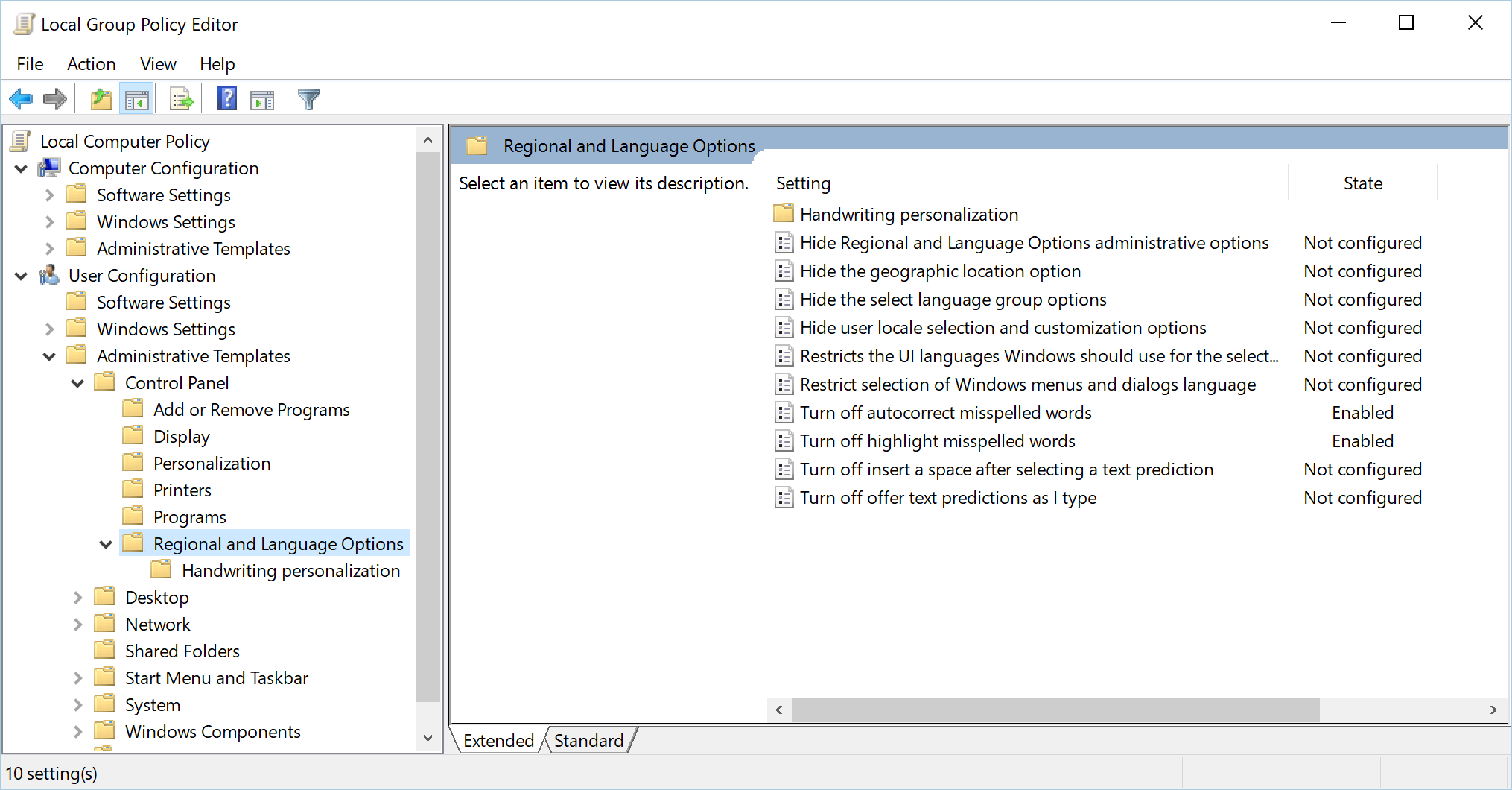 I was going through the same issue and here is what I believe to be the most correct answer: 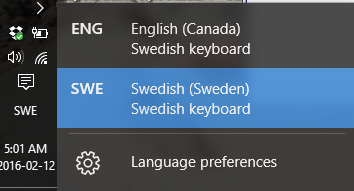 I had the exact same issue so I switched to Thunderbird instead. But still many other apps used the spell checking and auto correct "feature" of Win 10 although it was turned off. But finally I found an easy and definite way to really turn it off in all apps:

Works fine for me. No more spell checking, no more auto-correction. Please could somebody confirm this for the Mail-App as well since I completely removed the Mail and Calendar app from Windows.

Edit: in order to rename the files in system32 folder you have to gain ownership of the files:

I think I found a way.

It's a bit dirty and might lead to unintended consequences, and I haven't actually checked it on the Mail app, which I don't use, but it now works on other apps I'm using that showed the exact same, annoying behavior before.

Do it at your own risk, and make sure to back up your stuff before.

I considered automating it, but manually doing it didn't actually take long, it was maybe 30ish entries.

My guess is, they allow apps to control autocorrection behavior on their own and app developers don't utilize the feature, meaning you're stuck in whatever the default is (probably "1").

Since there is no way to work "against the spell correction" another way is to play along: Mail checks your spelling based on your current language setting. Just add you language in Windows' "Region & Language" setting (don't download language pack! See below). Whenever you want to switch the language you write your mail in, press windows-space to change the language. The text you write in this setting is somehow marked with the corresponding language and gets the right spelling corrections/red underline

Update: Caution: After installing Language Packs Windows 10 (with Creators Update) started behaving strangely, e.g. starting to display Windows in German even though I put English as standard language. I advice to not install the language pack but only the languages itself.

The following answer in another question helped me tonight after a long fight of OneNote for Windows 10 auto correcting my English words to my local language. Clue is to have your local keyboard inside the English language setting, https://superuser.com/a/1115437/625943

It won't turn off auto correct, but gives you at least control over what language it corrects to, not tied to your keyboard layout.

From post: Go to settings > Region & Language. In "Languages" > Add a language. Add the language that you want to use for language proofing. Click on that new added language and hit "options". Add the keyboard layout that you want.

24
Change spell check language in the Windows 10 mail app for whole email
6
How to set proofing language regardless the keyboard layout on Windows?

2
Microsoft Word Strict Inforcement of New Zealand (British) English
4
How do I disable spell checking in IE 11 (Win 8.1)?
4
How to have the button on quick access bar to toggle spelling check on and off in Word 2010?
1
How to exclude Code snippets from Microsoft Words spell check
8
How to disable autocorrect in Windows 10 Mail?
1
Turn off Windows 10 smart quotes
0
Keyboard Layout Change Windows 10