Connecting an ATX power supply to a Hard Drive Enclosure

I have a 4 bay hard drive enclosure made by Sans Digital (one of the TR4M series)... check that, I have 3 such enclosures and the power supply died on 2 of them. I called Sans Digital and asked about replacement parts, the price they gave me for their crap 150 Watt power supplies was, frankly, outrageous. I suggested other locations they could place said crap power supplies. I was, shall we say, creative.

So, I have an older ATX power supply from a prior computer. Nothing high end, labeled as 460 watts, one review stated it puts out 430 - still plenty for hard drives which pull a max of 30watts on spinup from what I understand.

I took a picture of the internals of the drive enclosure. Dead internal power supply is on the bottom. 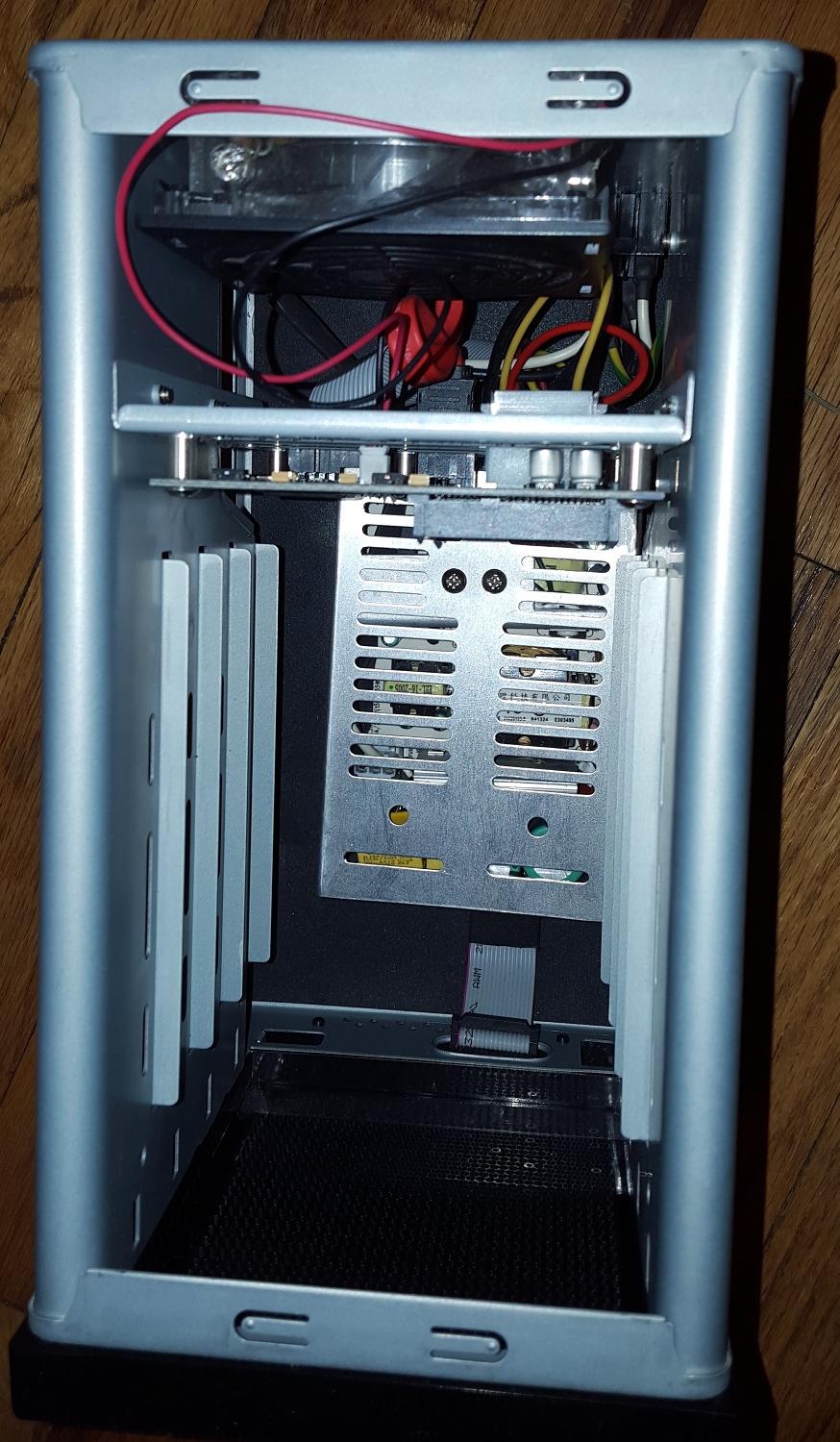 And a closeup of the rear connections on the board: Ribbon cable on the left goes to the front LEDs, red cable connects to the eSATA connection in the back and there are two standard LP4s providing power on the right side. The red&black wires in the foreground power the fan. White/black and green(ground) are to the busted internal power supply. 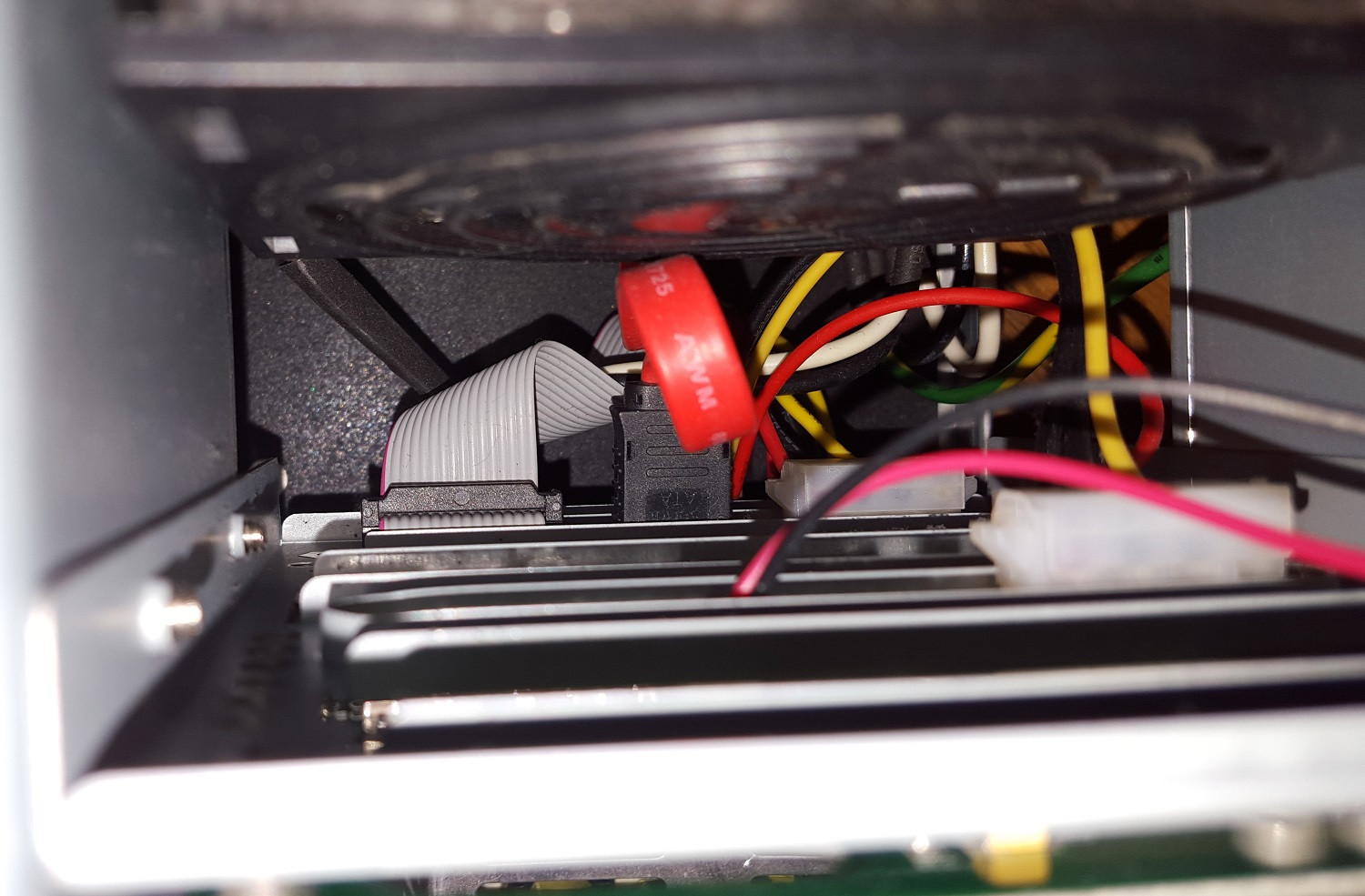 Any problems with my plan? Feel free to let me have it... I know enough about power to get myself in trouble - but at least I'm aware of it :) thx.

PS. Assuming this can be made to work, any reason I shouldn't connect this to the second drive enclosure?

UPDATE: In case anyone finds this page with a similar issue. I ended up doing exactly as stated and have had no issues with the setup. It has been happily running for several months with zero issues. As I stated in response it is my understanding that a number of power supplies require a minimum load on 5V, but with hard drives this is not an issue since they pull both 12V and 5V.

I did exactly that last week with a slightly used 330W power-supply and it worked just fine powering a single hard drive (12V@0.75A 5V@0.75A)

I think minimum load requirements are a thing of the past.

Not the answer you're looking for? Browse other questions tagged power-supply atx hard-drive or ask your own question.