I would like to test 10Gig Ethernet serial interface by installing two NICs(Network Interface Cards) on a pc and pinging. I have the following questions:

1- Can two separate NICs be installed in one PC and have separate IP addresses (for pinging)?

2- Does this seem like a sensible approach to generate/check the data transferred over this interface? 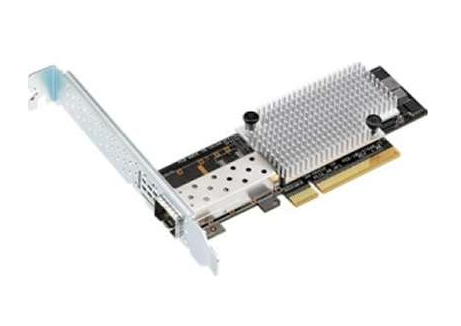 Yes. There is nothing special about multiple NICs in one system. I suspect it is even standard on allmost all servers, and both desktops setting next to me also have dual NICs (and soon a third, a pair of 10GBit NICs have been ordered).

The term for a computer with multiple NICs/IPs is "Multihomed"

2- Does this seem like a sensible approach to generate/check the data transferred over this interface?

The problem is that the IP stacks in operating systems aren't designed to do this.

They are designed to support multiple adaptors to allow them to route between networks and/or to have a presense on multiple networks. Binding happens to addresses NOT to adaptors. If you bind to one local IP and try to ping another then the packets will never go out on the wire.

It may be possible to work around this with virtual machines or network namespaces or something but I expect it will be far easier to just use two seperate machines.

Not the answer you're looking for? Browse other questions tagged network-interface 10gbit or ask your own question.

0
Tunneling a particular site through a VPN on a particular NIC
2
Sharing LAN between two buildings. What should I use?
0
Configure ethernet interface to accept unidirectional ethernet
0
Fibre Channel SFP+ for Ethernet