I just made a potentially costly mistake: nuked and repaved a brand new Lenovo Yoga 500 with Linux... without booting into Windows to disable SecureBoot explicitly. User didn't want to accept the EULA; and we successfully booted into USB key (Ubuntu MATE 15.10, Ubuntu w/Unity 15.04) so we thought we would just go ahead.

I imagine I would need to go through a system that has SecureBoot signature - that is, find such a distro, install it, disable SB there, then re-install our preferred system.

Is this the correct way? Which distros would work? We tried installing and booting into Ubuntu Unity 15.04 (which is supposed to have the appropriate signature) but after install and reboot, I get a screen with just boot options, of which the HDD. If I select it, it just re-prompts me at the same screen. 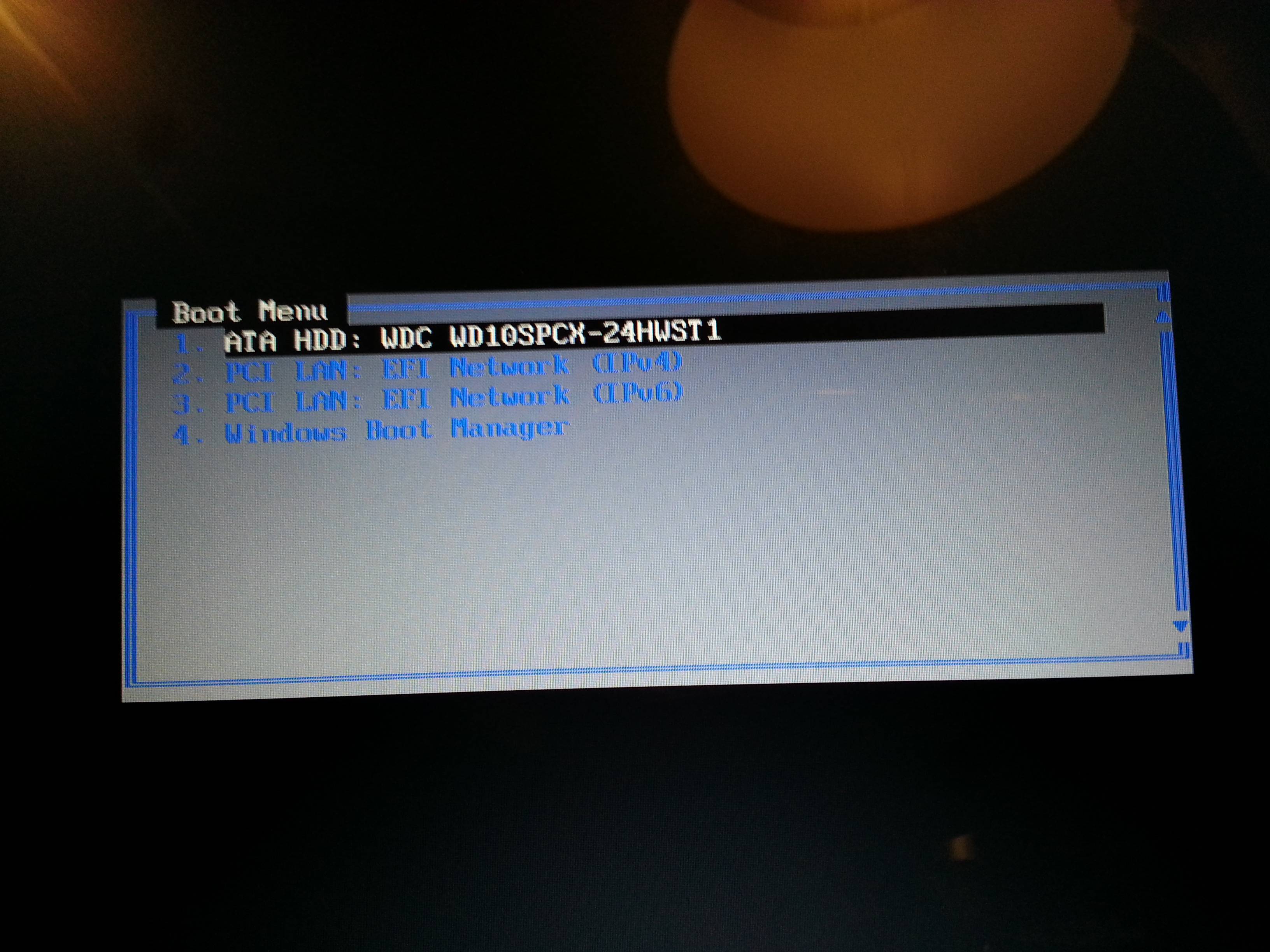 Given that Windows has been obliterated at this point, what options do I have?

My suspicion is that your problem is not related to Secure Boot. Ubuntu, which you say you installed, supports Secure Boot. So do Fedora, OpenSUSE, ALT, and several others. That said, there are known problems, mostly with flaky EFIs; but these problems would normally prevent the installation medium from booting, so you wouldn't have gotten as far as you have if Secure Boot were the problem.

Your boot options screen doesn't show an entry for Ubuntu, which suggests another problem: Something went wrong with your boot loader installation. You should be able to launch the Ubuntu installer, but select the "try before installing" option, in order to investigate. The Linux efibootmgr command lets you set boot loader options. There are several tutorials and references on this command on the Internet, but I know of none that's really ideal for your circumstances. Still, you might want to read:

Also, keep in mind that your boot loader is probably already installed to the EFI System Partition (ESP), which is a FAT partition that's probably the first or second one on your disk. The Ubuntu boot loader should be EFI/ubuntu/grubx64.efi on that partition; however, to work with Secure Boot, GRUB must be launched by a program called Shim (shimx64.efi, normally). Thus, to create an entry for GRUB with efibootmgr, you'd refer to Shim, as in:

This should create an entry, although you may need to adjust some details. Several things can go wrong with this, though, and one of them may explain your problem:

To more directly answer your question, Secure Boot is disabled in the firmware, not in Windows. (In fact, if you could disable it from Windows, that would defeat the point of it, since malware would just do it that way.) Details vary greatly from one computer to another, so it's hard to provide step-by-step instructions. Nonetheless, I provide such instructions for four systems on this page. With any luck, your system will be similar to one of them, should you actually need to do this.