Is it possible to activate WES 2009 after the trial key has expired?

If a Windows Embedded Standard 2009 OS is built with a trial license key, it will expire after some amount of time (either 30 or 120 days, I'm not sure which). It's very easy to give the system a valid permanent license key before the trial expires, but once the license key expires the system won't boot at all (even after adjusting the BIOS system clock to a time before the license expired and booting without an internet connection).

However, it's still possible to access the file system by booting from a secondary media, e.g. a bootable USB stick. Is there a way to manually provide a valid license key after the original trial license has expired, or does the entire image need to be rebuilt?

EDIT: Note that according to a post on social.msdn, this is not possible and the image must indeed be rebuilt. No evidence for why the change cannot be made retroactively is given, however.

I induced the following screen. Is this the situation you have? 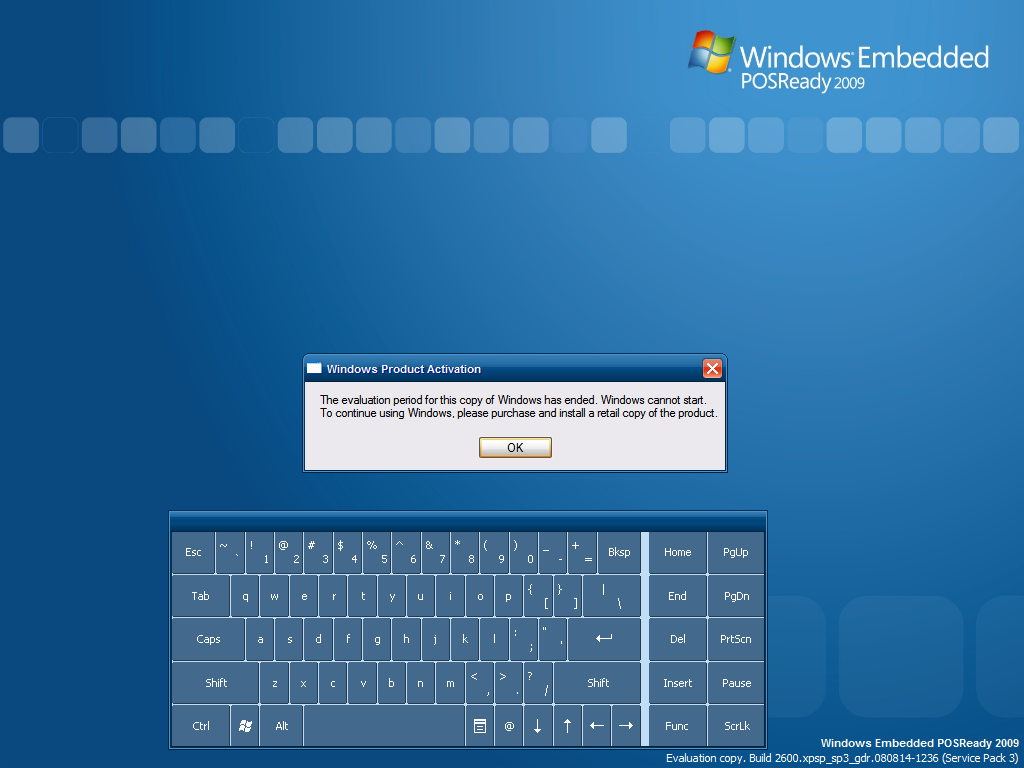 I managed to work around this problem doing this:

Not the answer you're looking for? Browse other questions tagged windows windows-activation embedded windows-embedded-2009 or ask your own question.

2
How to activate Windows Embedded Standard 2009?

2
I can't activate xp after changing key
1
Windows 7 activation on a MacBook Pro -- valid product key is "not valid"
0
Windows Keeps Changing The Hardware Clock
3
What is the activation status of Windows 10 pre-installed on a PC that is never connected to the Internet?