How do I tell if Windows 10 was a fresh install or upgrade from 7/8?

Is there a reliable way to determine the OS upgrade history leading to Windows 10 or if it was a fresh install?

There is an excellent tutorial on Ten Forums pertaining to a separate topic:

Within that tutorial, the author says the following:

We need to edit Windows registry to "fool" Windows to think this is a clean install instead of an upgrade. To do this open the Registry Editor (WIN + R, type regedit, hit Enter), browse to key HKEY_LOCAL_MACHINE\SYSTEM\Setup

The author's subsequent screen shot displays the appropriate entries in the registry: 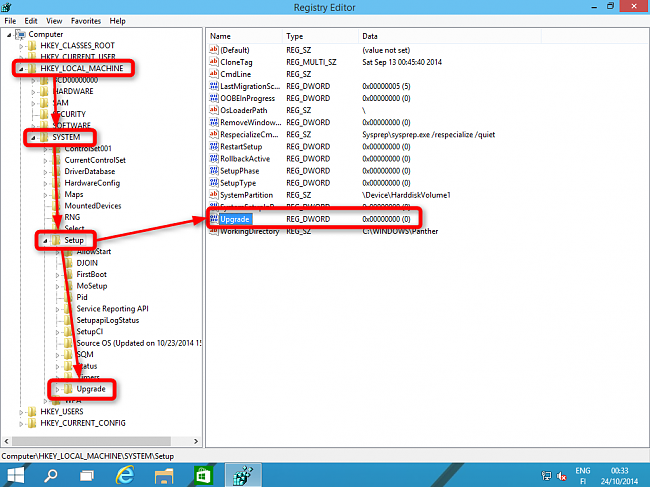 The following area within the registry seems to be the key to determining whether or not a Windows 10 install was an upgrade:

In order to prove this theory, I first initiated a clean install of Windows 10 on my test machine and scrutinized the same area of the registry. The Upgrade key is notably absent: 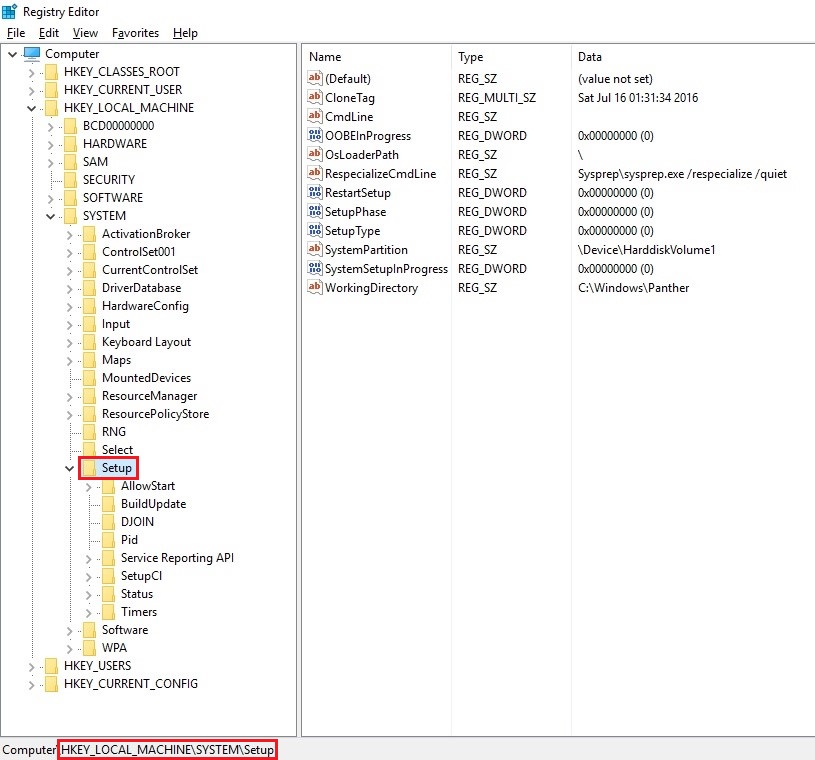 Next, I used another machine for a clean install of Windows 7 and then performed an in-place upgrade to Windows 10. Looking at the same area of the registry, I saw the following: 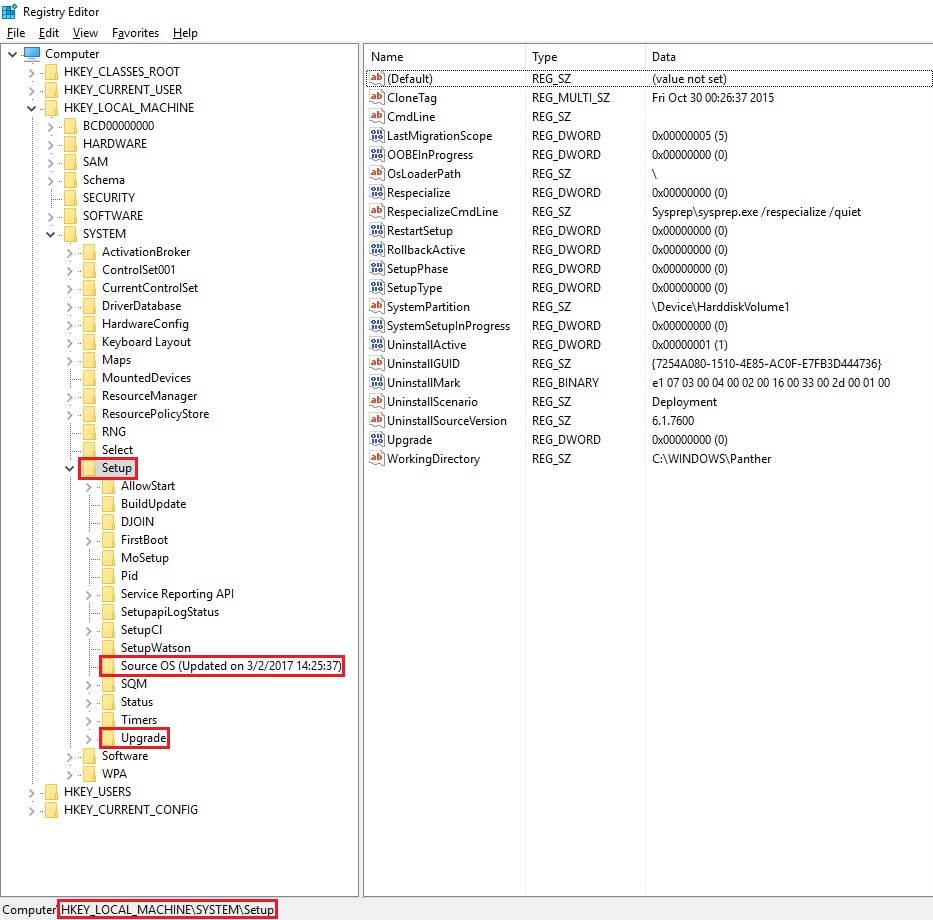 Notice that the Upgrade key is present, along with a pertinent Source OS key. If we take a closer look at the Source OS key we see the following: 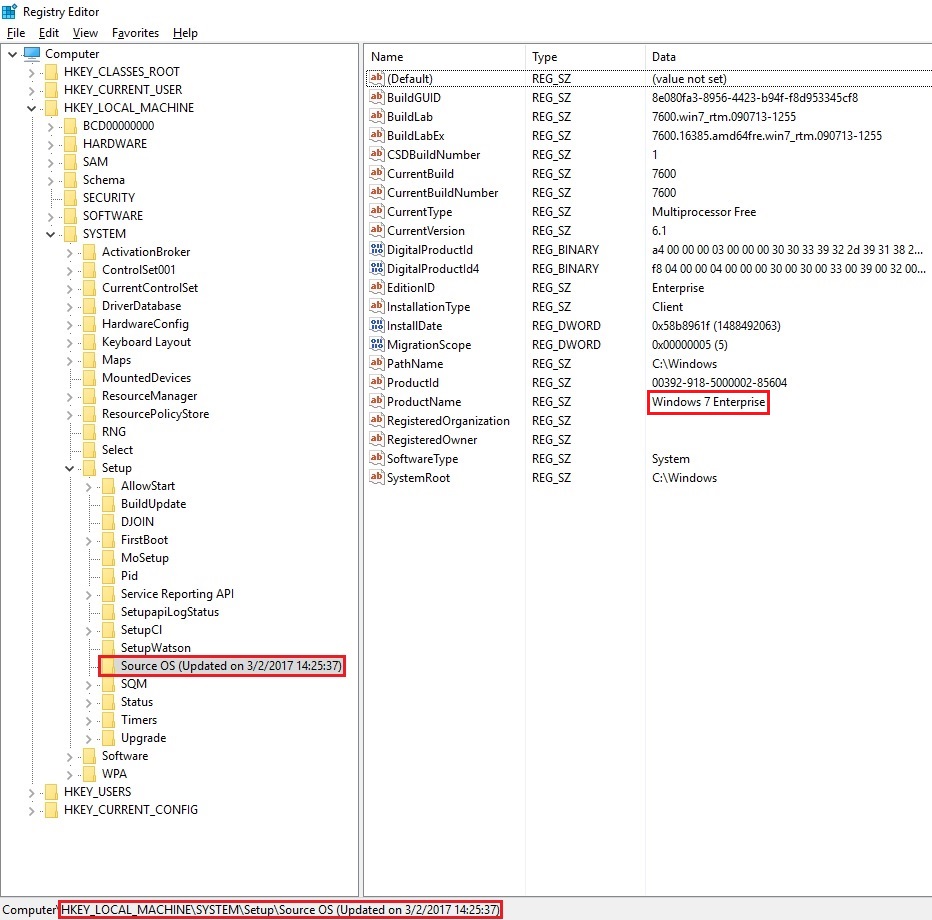 You can clearly see Windows 7 Enterprise listed as the value for the ProductName related to the Source OS key.

Community feedback led to additional research. Taking a look at another machine that was originally setup with a clean install of the RTM baseline of Windows 10 (version 1507), we see the following: 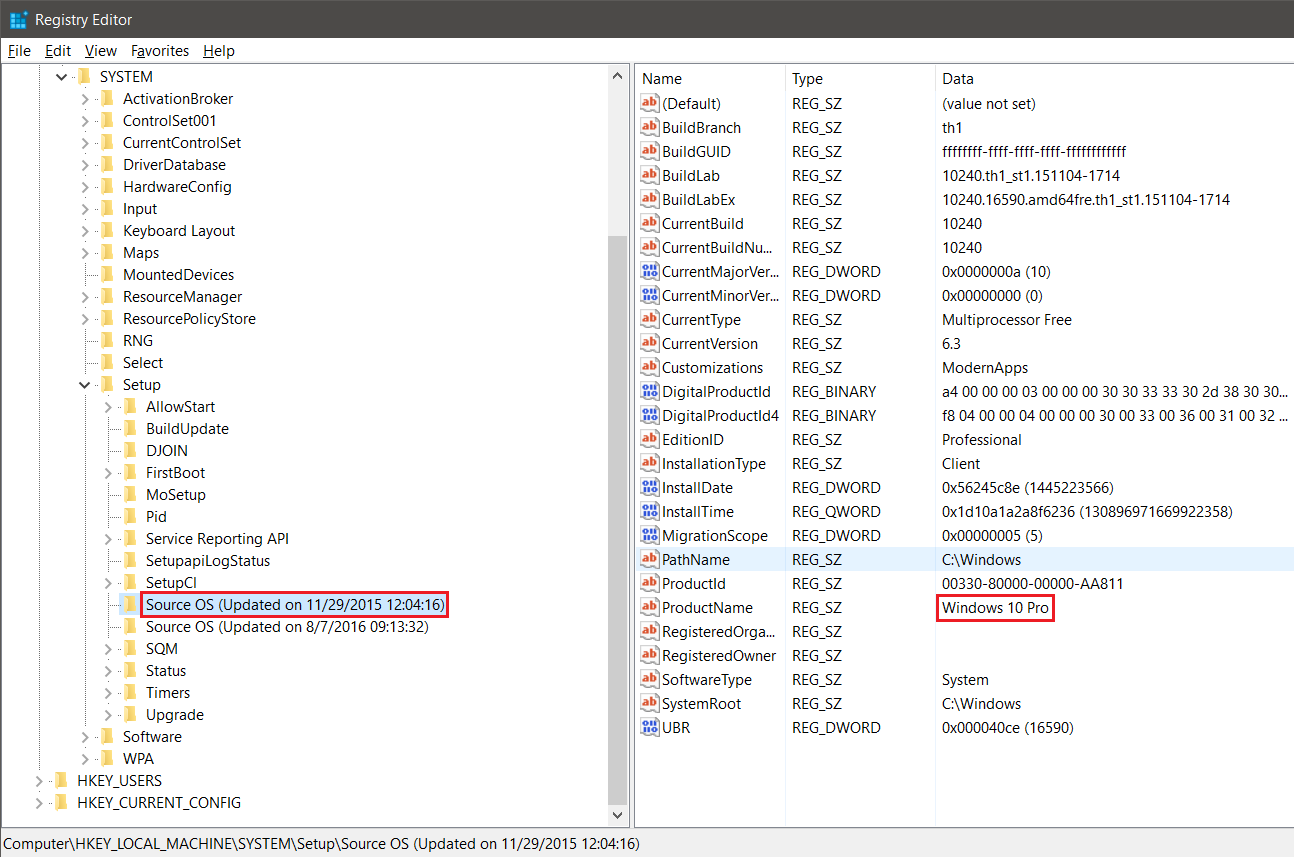 Although this computer's OS was configured via a clean install, the Upgrade key is still present. However, when we examine each Source OS key we can see that the dates for each update correspond to approximately the same time frame as the first two major Windows 10 feature update releases: versions 1511 and 1607. Also, the value for the ProductName shows Windows 10 Pro, even on the oldest Source OS key. The newer Source OS key features an additional clue: 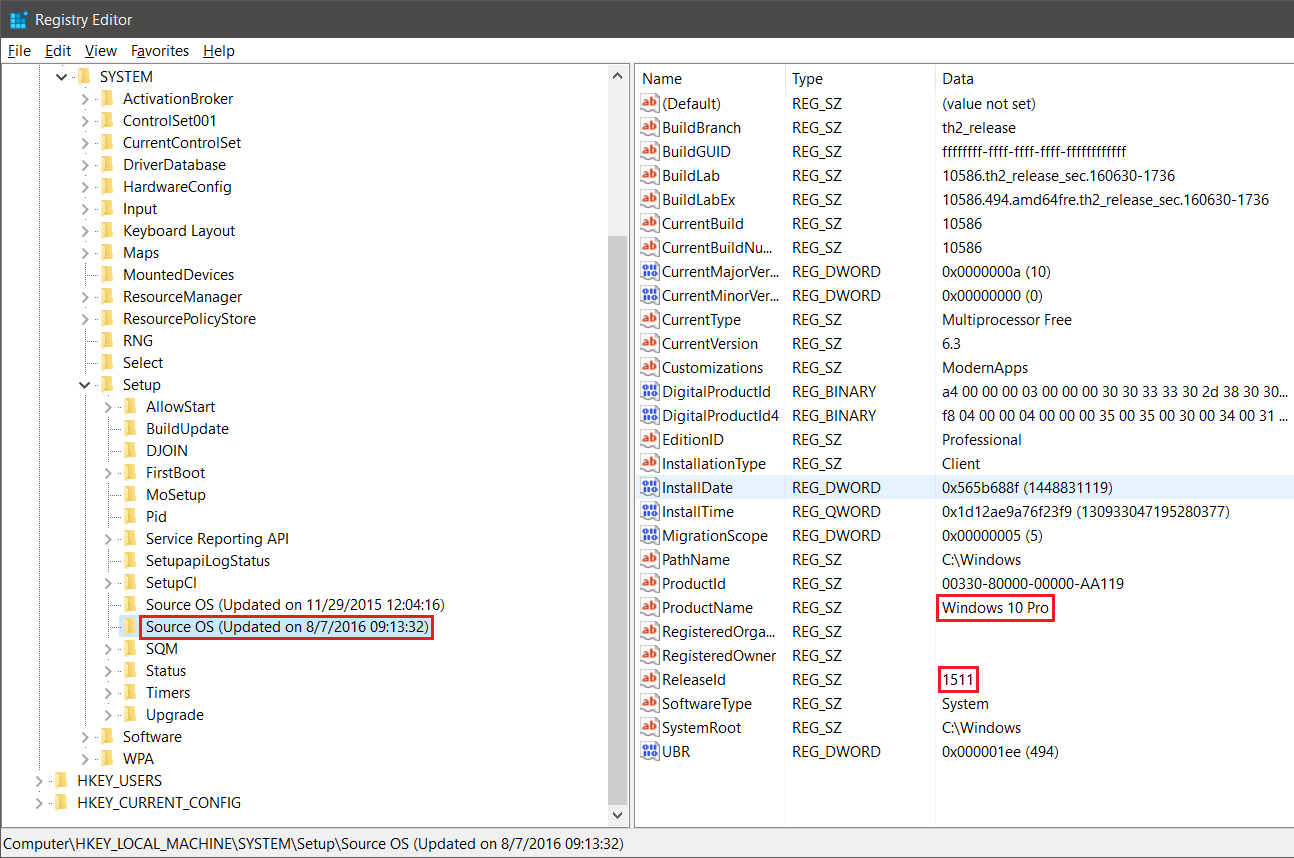 The latest update shows a ReleaseId value of 1511, indicating the precise version of Windows 10 that was being utilized prior to the update.

Based upon what we have seen, we can draw the following conclusions:

As posted by Magicandre1981 in the comments:

Look for the value MediaBootInstall under

If MediaBootInstall = 0, the Windows was an upgrade

Not the answer you're looking for? Browse other questions tagged windows-10 windows-10-upgrade or ask your own question.