I play an old MMO game that is made using 16-bit color. The game works perfectly on Windows 7 and old versions (Vista, XP).

However, the game has some bugs on Windows 8 and later versions.

I can start the game and play normally in full-screen mode, but when I minimize (alt tab) the game and then maximize again, the game graphics becomes purple and shrunk to half the screen. 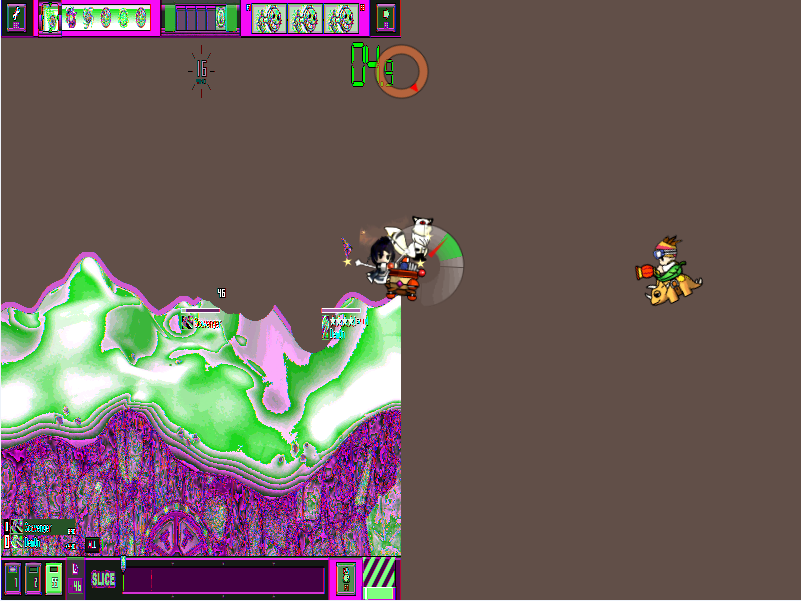 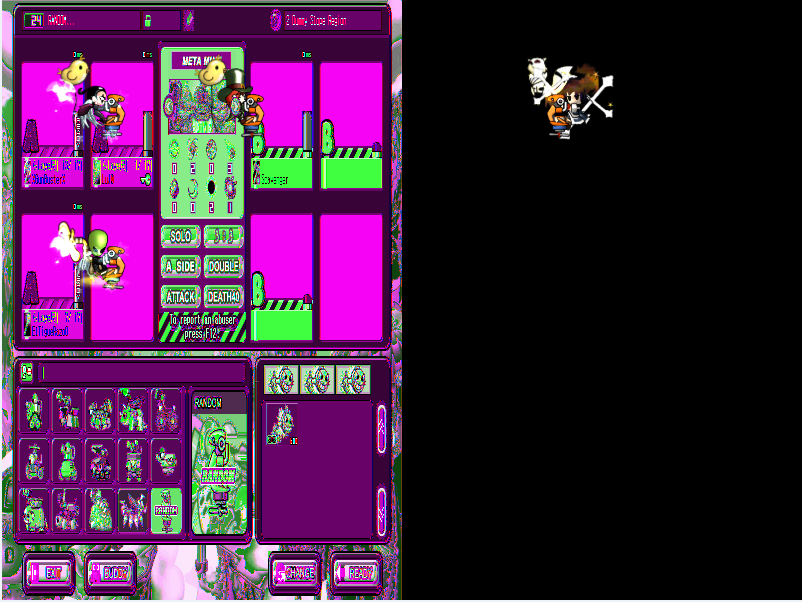 I tried to use the "ChangeDisplaySettings" API but it doesn't work when I try to change to 16 bit per pixel.

Another strange note is that the game works like a charm on start. The bug occurs just when I minimize and then maximize again.

Does anyone have a solution to fix it?

There are applications, which allow running such full-screen DirectX games in a window. This can make the game to run slower, but it will allow to switch between the game and other applications without the graphics issues you describe.

One such application is DxWnd.

Below, I'll describe how to set up the GunBound Thor's Hummer (I think your screenshots are from this game).

The GunBound Thor's Hummer uses Launcher.exe to run the GunGame.gme file (these files are in the GunBound Thor's Hammer installation folder). I failed to setup DxWnd to handle the gme-file directly, so there are some additional steps needed.

Since Windows 8, the Desktop Window Manger (DWM) is always on and runs Windows in 32Bit color depth all the time. This can cause such strange issues.

Download the Windows Assessment and Deployment Kit and install the Application Compatibility Toolkit. Then try enabling one or more Compatibility Fixes for your game. There are several fixes (“shims”) available whose names hint at solving issues related to 16‑bit colour compatibility, but the process may require some trial and error since there is little or no explanation about exactly what most of the fixes do, how they work, or whether they are likely to have any effect at all in the configuration you’re using.

Not the answer you're looking for? Browse other questions tagged windows-8 windows-10 gaming 16-bit color-depth or ask your own question.

2
Windows sometimes minimizes game and shows the desktop?
1
Computer “blacks out” when playing games
0
Screen stops responding in full screen applications
1
Windows 7 BSOD when playing games
2
The program or feature “\??\D:\data\setup.exe” cannot start or run due to the incompatibility with 64-bit version of windows"
0
Computer crashes and glitches when gaming (laptop)
0
White pixel on laptop screen moves around