I've grappled with this issue for too long--now I would love some outside help.

Enlarge the image and take a good look at the differences around the edges of each letter: The left is much smoother than the right--and in case you are tempted to jump to a quick conclusion, CLEARTYPE IS NOT THE ISSUE (see points below), at least not from an "on" versus "off" perspective (in other words, a registry setting related to ClearType might be involved, but nothing on the Windows UI related to ClearType is causing this because both machines are calibrated for ClearType and ClearType is ON on both host and guest machines).

Both OS's are set to the same screen resolution.

I thought this was a Windows video-driver issue, but I have the latest nVidia driver and I'm running a relatively high-end GeForce GTX 560 card with DirectX 12 on both host and guest.

I am not aware of any DPI differences between the guest and host. Other fonts, such as the Windows-included Arial font, show similar rough-edge issues only on the host--I just chose Myriad Pro to illustrate the problem.

This issue appears in ALL applications that can render TrueType fonts. I used WordPad just as an example, but it happens in Microsoft PowerPoint and TechSmith's Camtasia as well.

This issue is not related to TrueType fonts; it happens for OTF fonts as well.

And, for what it's worth, it doesn't matter if I view the host from another computer through a remote-desktop session (RDP) or using something like TeamViewer; also, the behavior of the guest doesn't change when I use RDP or TeamViewer.

Due to everything I wrote above, I suspect there is some corrupted, missing, or incorrect value in the registry related to font-rendering for the host OS--but what could that be?

So, virtualization aside--it appears that I am witnessing some sort of corruption in the font-rendering subsystem between my existing host machine and a "normal" Windows 7/10 machine (remember, my existing host machine was upgraded from Windows 7 Ultimate to Windows 10 Enterprise and the problem did exist in Windows 7 Ultimate before I did the upgrade; in fact, I was hoping the upgrade would fix this issue--alas, it did not).

I will try to look/compare key registry entries for disparities in my free time but I'm still eager to hear from any experts who might help me zero-in on the root cause.

I never noticed that ClearType fonts rendering works so bad on big font size... but on my Win10 it's the same as on your computer.

Take a look at the following images:

Image 1: ClearType rendering is ON (click on image to see it better) 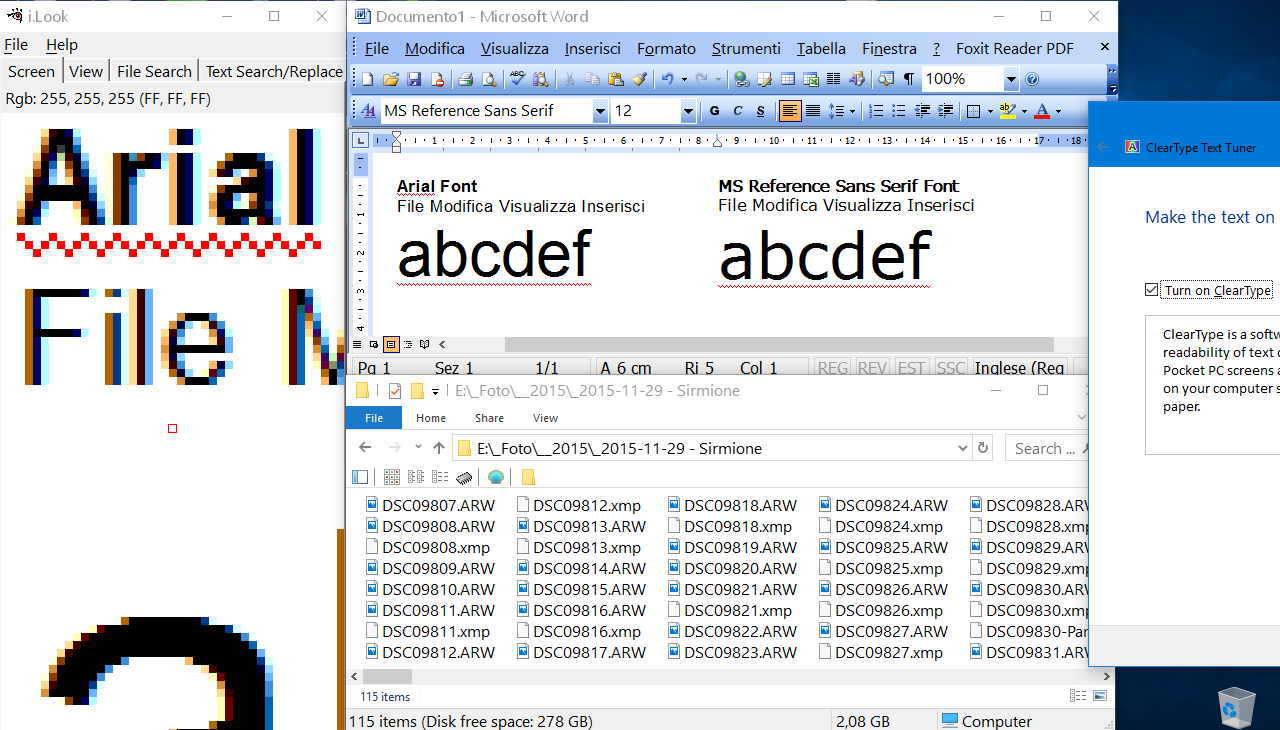 When ClearType is ON, Windows font rendering engine try to optimize the font rendering by taking advantace of the LCD R/G/B subpixel. If you check the magnified image on the left, you can see that each font have bluish/reddish smoothing, this is due to the LCD subpixel structure (more info on subpixel rendering here).
But, as you noted, this works bad on big font size.
But it still works very good on small font size.

Image 2: ClearType rendering is OFF (click on image to see it better) 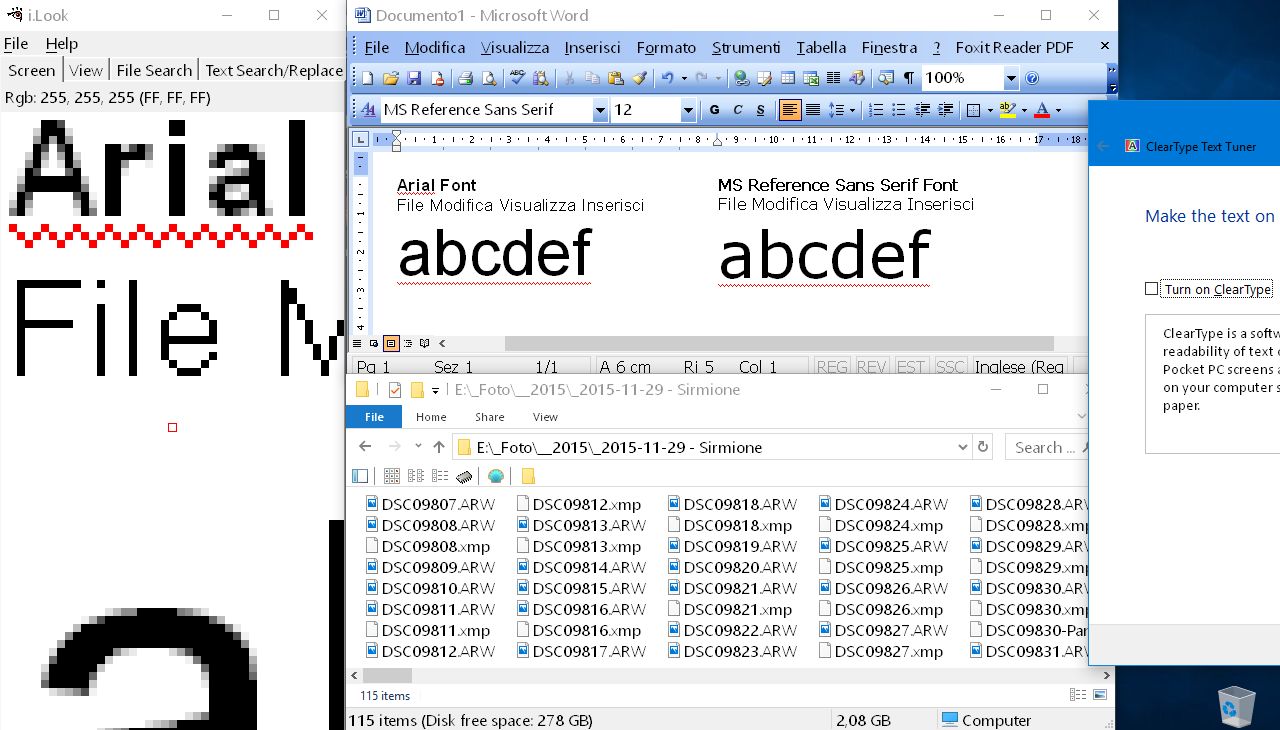 If you turn off ClearType rendering, then Windows font rendering engine will stop taking advantage of the LCD subpixel structure, and now the font will have a simple gray smoothing (instead that the bluish/reddish smoothing).
This works better on big font size... but works very bad on small fonts size, as you can check by looking at filename rendering, menu renderng and so on...

Now you could try to force Windows to use the "standard/grayscale" font smoothing, instead that the Cleartype/subpixel smoothing, but on my computer it didn't make any difference: force the grayscale smoothing give the same result as disabling Cleartype from control panel. (More info here on registry hacks to try to tweak Cleartype rendering)

Not the answer you're looking for? Browse other questions tagged windows-10 dpi anti-aliasing cleartype fontconfig or ask your own question.

23
How to turn off ClearType and use whole-pixel anti-aliasing in Windows 7?

11
How to get Apple font rendering on Windows?
2
How to make ClearType looks ok even with large fonts
23
How to turn off ClearType and use whole-pixel anti-aliasing in Windows 7?
3
How to render fonts in Windows 8 like in XP?
2
_Working_ sub-pixel rendering with Linux
25
Terrible font rendering in some applications but not others
2
Font Rendering Issue
0
Turn off font smoothing in SeaMonkey for Windows
4
How to get proper Japanese font rendering using English Locale under Windows