I want to import some data from a csv/text file to Calc.

In the first column I'd like to have the 'Dummy text # i', and in the second column the numerical value.

In the text file, 'Dummy text # i' and the numerical value are separated by several blank spaces. Thus, I would probably achieve this by using ' ' (two blank spaces) as delimiter, then ticking the 'merge delimiters option.

However, I don't now how to do this. I tried using 'other' as custom separator but it seems to interpret any number of blank spaces as just one.

This is the initial data that I copy and paste to the spreadsheet. 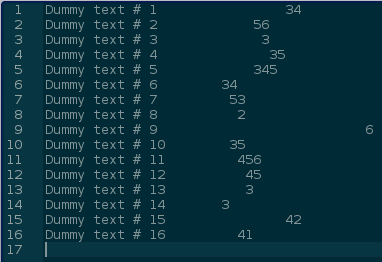 And this is what I can get. Note that unmarking the 'space' option, only accomplishes accounting for the right-trailing spaces.

As you can see, none of the following serve. The 'Dummy text # i' is spread in various columns, as Libreoffice seems to be taking one single space as separator. 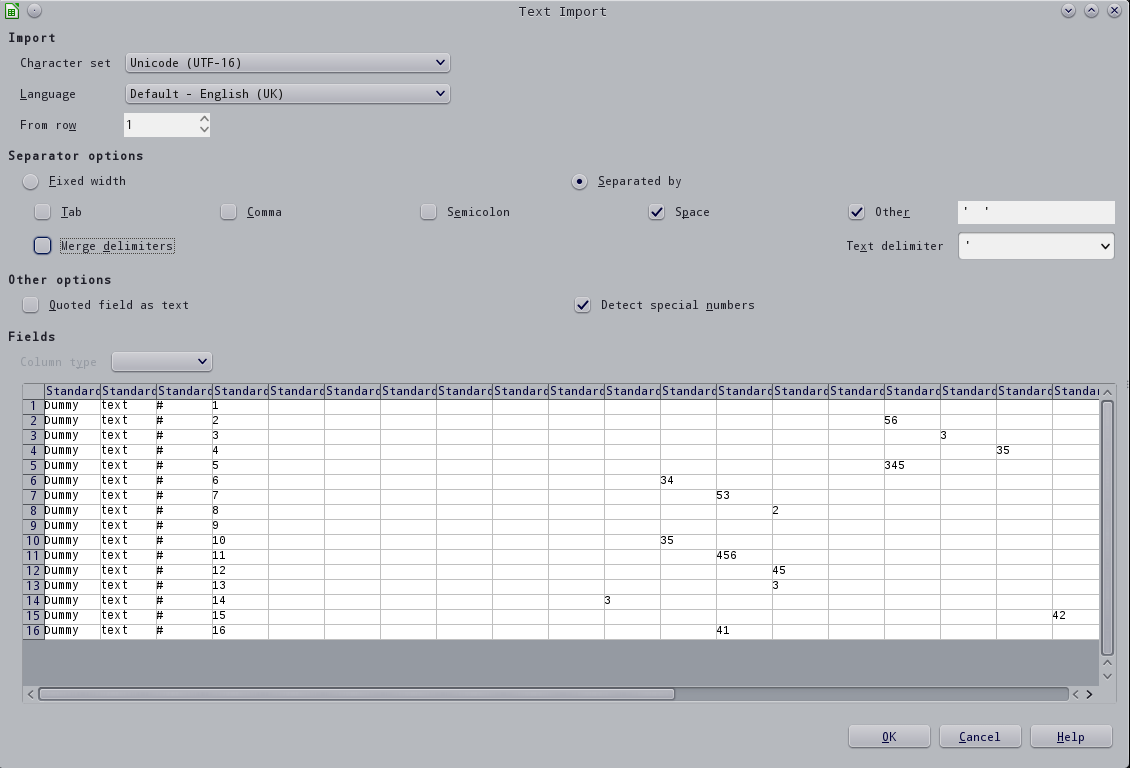 The second one (merge delimiters)comes closer, but still doesn't get the 'Dummy text # i' in the first column. 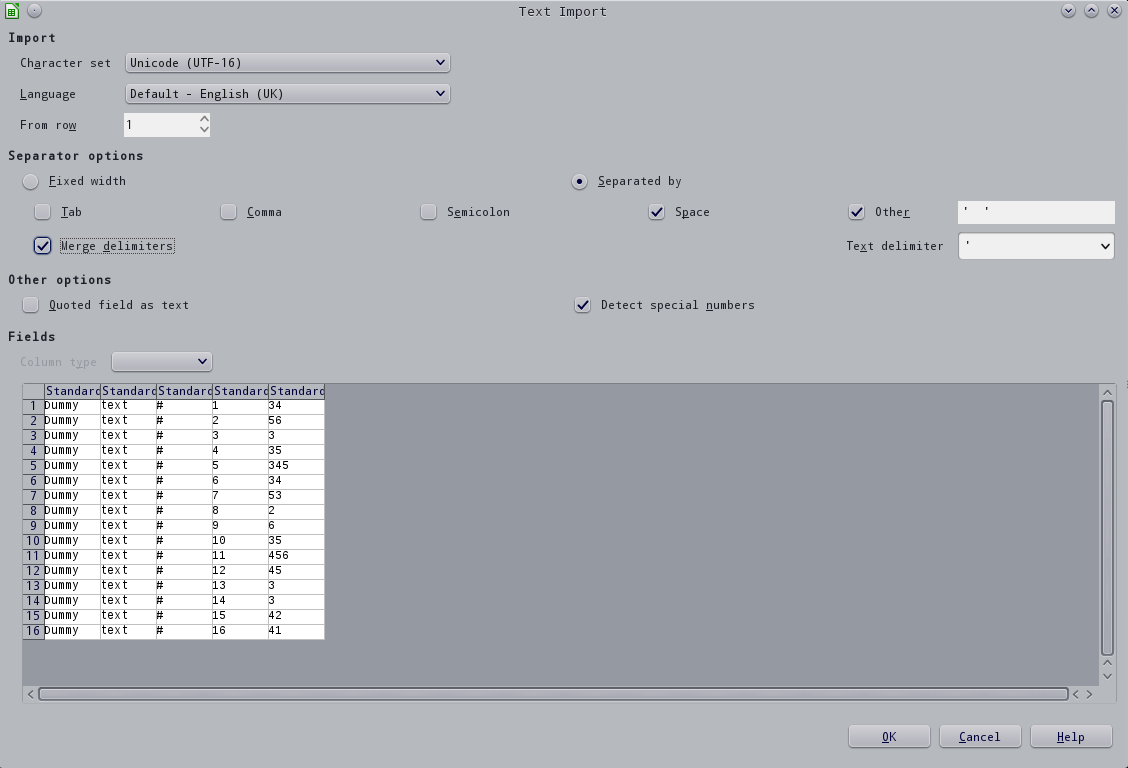 As @Zina tested it in another version, I checked my Libreoffice version (4.3.3.2), but I'm sceptical about it being the root cause, as it seems a rather glaring flaw.

What am I doing wrong? Might it be a version flaw? Thanks in advance.

I just tried on a CentOS 7 with LibreCalc 4.3.7.2 and it works. You just have to select "Space" and "Merge delimiters". I created a text file with random data (the rows even did not have the same number of columns) some data divided with 1 space some with 2 or even more. I was able to see in the preview pane how the data was changing when enabling/disabling "Merge delimiters". Are you sure there are spaces? And not some special characters not shown?

Okay. Now I got what you explained. I think you will be able to get the wanted behaviour only if you put the "Dummy text#??" under quotation marks and deselect all except "Other" where you have to put your double spaces in and set the text delimiter to the used quotation marks. Or you will have to replace all double spaces with eg a semi-colon as others already suggested.

In a (scriptable) two-step process, you could use sed to convert some spaces to a tab, and then import. A sample script:

Not the answer you're looking for? Browse other questions tagged csv libreoffice-calc import or ask your own question.