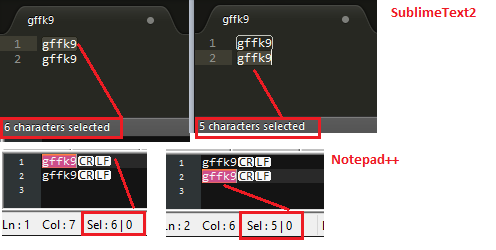 2
How to use "Search and replace" in selected text in Sublime Text 3
33
ANSI to UTF-8 in Notepad++
0
How to edit Sublime Text 2 Macros
2
Find UTF8 characters with RegEx
0
Accented character issue
1
In Notepad++ the encoding of a file is set to UTF-8 but the encoding is actually ASCII
0
Notepad++, entering Unicode characters
1
Text editors; Unicode; the zero-width non-joiner character