I have Windows 7 and am using Notepad++ (v. 6.7.9) for an extremely important document.

The LF (Line Feed) characters were appearing with increasing regularity, so I went on a quest to see if there was a way to get rid of them. I had the bad luck to come across this page: Replace Carriage Return and Line Feed in Notepad++.

The common solutions for my original problem was to unpress the “Show All Characters” icon – mine was not pressed – and to replace " /n" with “blank” in the Find/Replace box. None of that worked.

So in desperation, I followed the next bit of advice, which was:

When I did so, the program froze for a bit, and then the formatting for the entire document got WRECKED.

It’s like everything got shifted to the right, although this does not quite explain the situation either, because some lines are beginning the way they should be. Anyway, an example, as far as the left margin: 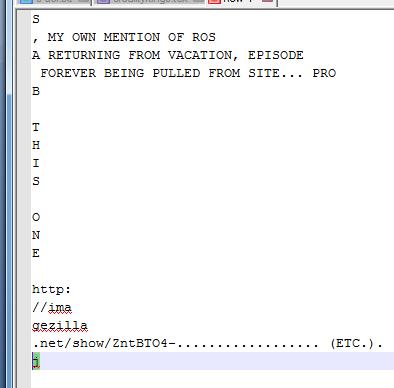 I tried un-depressing the “Word Wrap” icon, and looked through “Preferences” to see if there was something there.

I have also tried (after clicking on "Undo" once the disaster struck) to save the file and re-open it... the disastrous changes were stuck. I also tried to copy the document to Wordpad (in hopes of copying back to a new document in Notepad++), but the formatting was retained.

What do I do to get this back to normal?

Looks like you have duplicate CRLFs. Try running a Replace (Ctrl+H) with Search mode set to Regular Expressions and replacing 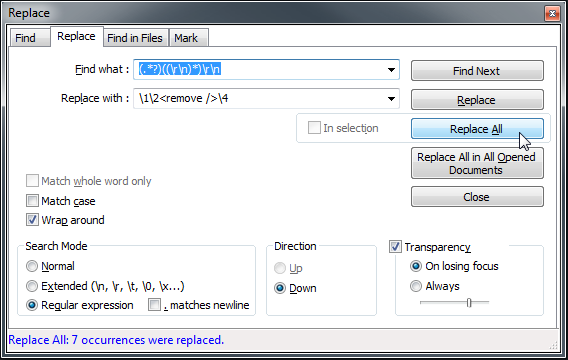 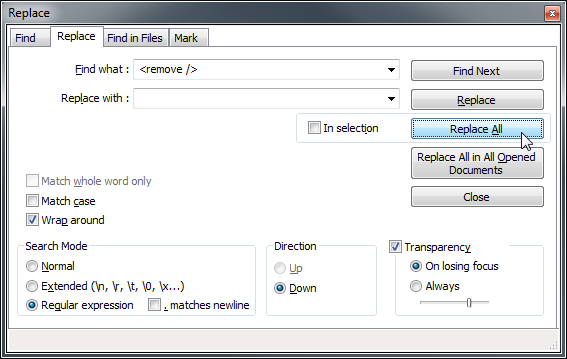