How do I install the new Ubuntu for Windows on Insider Preview 14295?

With all the talk today about Ubuntu on Windows, I thought I would give it a whirl in the brand new Insider Preview 14295. Scott Hanselman seems to indicate that it can be installed, but his blog post is a bit short on specifics:

After turning on Developer Mode in Windows Settings and adding the Feature, run you bash and are prompted to get Ubuntu on Windows from Canonical via the Windows Store...

I downloaded the Preview build 14295 from MSDN, installed as a Windows Pro version on a clean machine, and went into Settings and enabled Developer Mode.

Now what? How do I "[add] the Feature"? I looked in Programs and Features / Turn Windows features on or off, but don't see anything there about Ubuntu or bash. I searched the Windows Store for Ubuntu and Canonical but no luck there.

Scott Hanselman answered my question over on Hacker News, so I thought I'd pass his advice along here:

Builds coming soon first via the Windows Insider Program. Sign up and you'll get it all over Windows Update soon.

The Bash is available since Build 14316 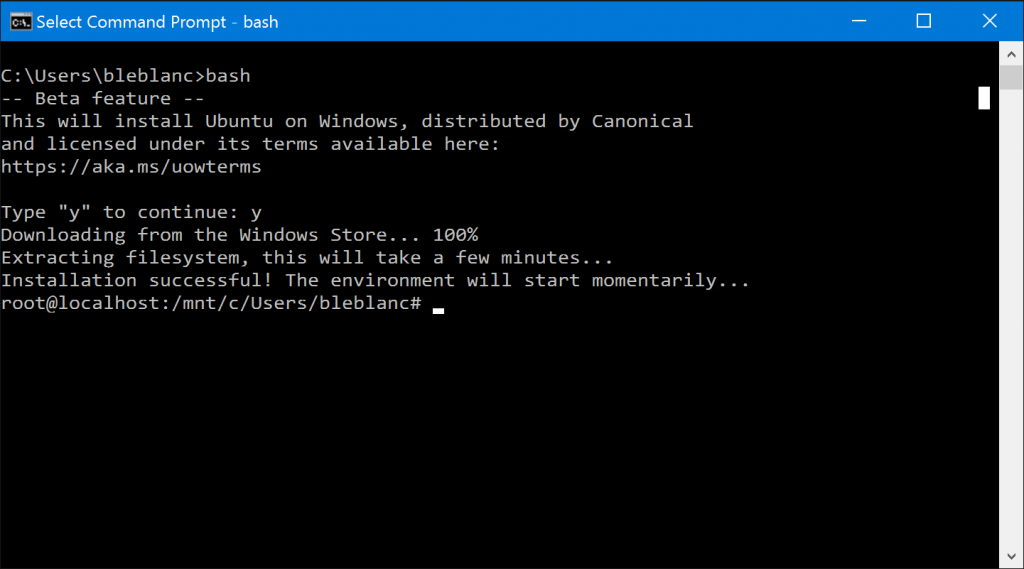 Run native Bash on Ubuntu on Windows: In this build, you can natively run Bash in Windows as announced last week at Build 2016. To do this, you first need to turn on Developer Mode via Settings > Update & security > For developers. 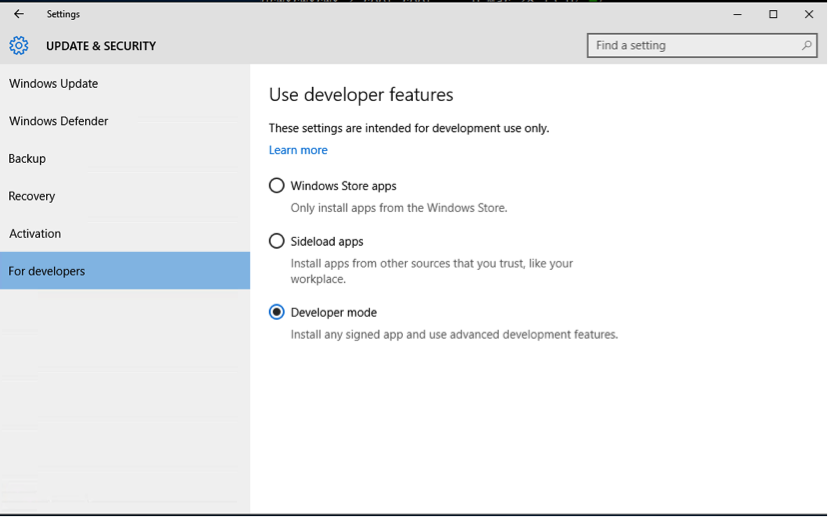 Then search for “Windows Features” and choose “Turn Windows features on or off” and enable Windows Subsystem for Linux (Beta). 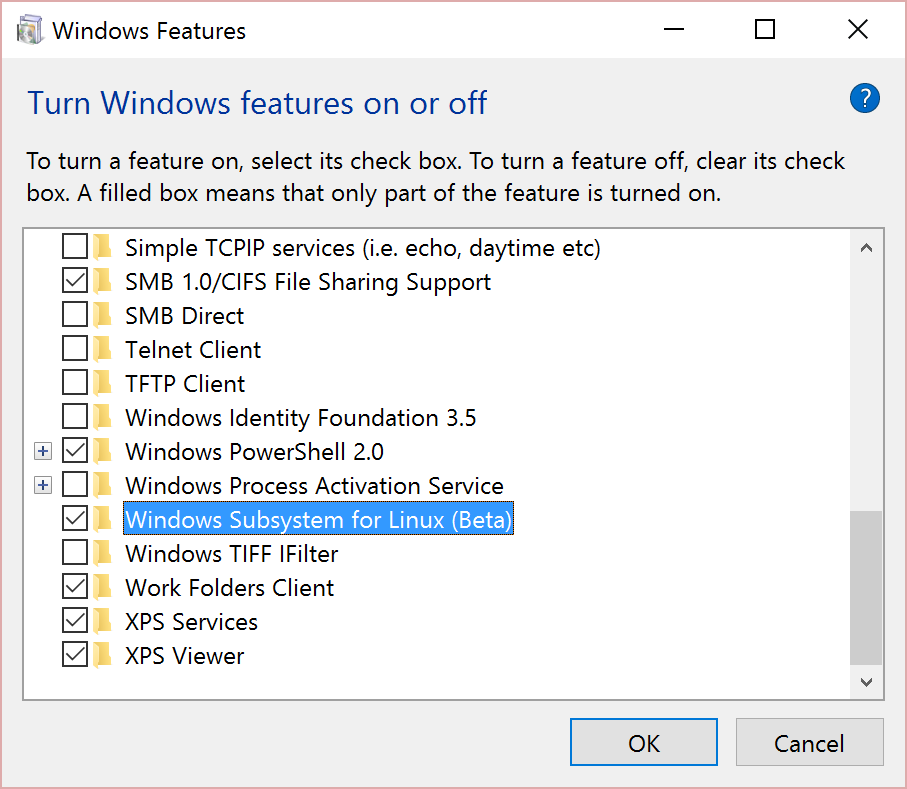 To get Bash installed, open Command Prompt and type “bash”.

Microsoft explained all steps in detail in this blog post.

Not the answer you're looking for? Browse other questions tagged ubuntu windows-10 or ask your own question.