Why are smaller capacity SSDs slower?

I was reading this Tom's Hardware article on testing SSDs and came across the following claim:

With SSDs, performance varies by capacity point. Smaller drives tend to be slower than larger ones, even in the same family.

However, the article doesn't backup this claim or explain why.

It doesn't seem intuitive to me that smaller drives would be slower. I would think it would be the other way around since a larger drive has a wider "area" to access via the same bandwidth.

So is it true that smaller (capacity) SSDs are slower? And if so, why?

Larger SSDs from the same SSD model/family (comparing different models makes no sense) are faster when writing data because they use more Channels in parallel: 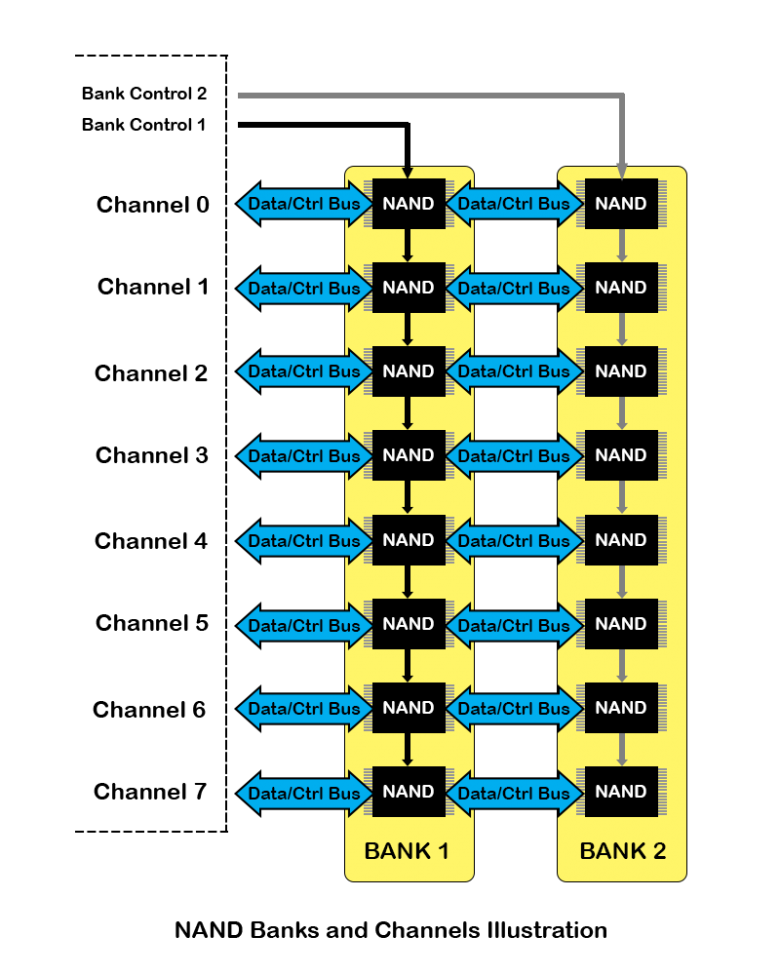 while smaller ones only use few channel (4 instead of 8) because they have less NAND modules on it.

Having more flash chips allows for a design where the controller on the SSD can access more data in parallel, allowing for higher speeds.

Let's pretend that SSD is using 32GB NAND chips for storage, so an 128G SSD need 4 of those chips to add up the space, and an 256G need 8 of the identical chips to make up the space, which means for read/write, on the 256G SSD it can R/W to 8 chips together rather than 128G's 4 chips, which make it much faster.

But since there are other bottle necks, the final speed won't show as double on both R/W, however in real life, there are a lot of examples of how 128G's only have half of the write speed of the 256G's(i.e retina Macbook Pro's PCIe SSD benchmark, Sandisk Extreme CZ80 USB Drive).

The description was not 100% accurate, but it gives the basic idea of why small SSD are slower.

Not the answer you're looking for? Browse other questions tagged hard-drive ssd performance or ask your own question.

22
Does storage capacity affect hard drive performance?
1
Hardware Raid Card Reviews with SSDs
7
Do higher-capacity SSDs last longer?
20
Optimal RAM configuration: one large DIMM vs multiple smaller DIMMS?
2
Why are USB flash drives slower than SATA SSD's?
3
why do 2.5" ssd's use more power than 2.5" hdd's?
8
Why do SSDs tend to fail much more suddenly than HDDs?