Why won't windows open an application on the same screen where it was requested?

I've noticed some very illogical behavior (IMO) about the taskbar you have on all monitors (only applicable when multiple monitors are used of course).

I'm as curious for a fix as I am curious for why the current logic is the way it is right now. So feel free to answer any part of the question.

Application opens up on Monitor A anyway. Foiled again!

Could anyone explain why windows (10) does this?

And is there any fix for this problem?

This behaviour isn't something that Windows controls for all applications. Some applications will store and recall their position and size at launch. Those details will often (programme dependent) be stored as x,y coordinates based on the 'main' monitor's top left corner being 0,0 OR potentially from just the corner of the monitor they last resided on.

For example; open notepad.exe. Move it somewhere, resize it. Close it. Open it again. It should open exactly where it last was. These registry keys are where Notepad chooses to store its position. Other applications may also use the registry, or their own configuration store. 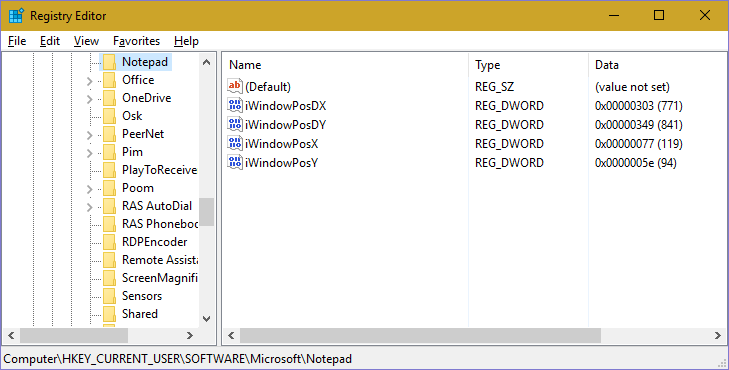 Multiple monitor taskbars have improved since Windows XP, but ultimately Windows (and therefore some applications) still lack some of the finer details of multiple monitors. In the Windows XP days I chose to run something like Ultramon to gain some control, but when I moved to Windows 7, I chose instead to centralise my taskbar operations and only use one in the middle (vertically) between two screens. Having now moved primarily to 3 screens at work, I'm back to a single task bar on the main monitor.

To manage newly started windows (since they typically start focused), I use Windows 10's very powerful keyboard shortcuts. Win + (Shift) + Left/Right Arrows. Where not using Shift moves applications between 'restore' and 'Windows Snap' positions, and using it, jumps it between monitors.

Ashley Steel's answer is correct (+1), however she doesnt explain how to resolve the situation. There are programs out there that will manage window positions on a per-application basis.

Just googling for Windows window manager will put you on the right track. You can even manage window positions from the command line, if you know how to script.

Fix: you can use DisplayFusion's multi-monitor taskbar. It'll open a program on the same screen where it was requested (at least it works on Windows 7, I haven't tried on Windows 10): 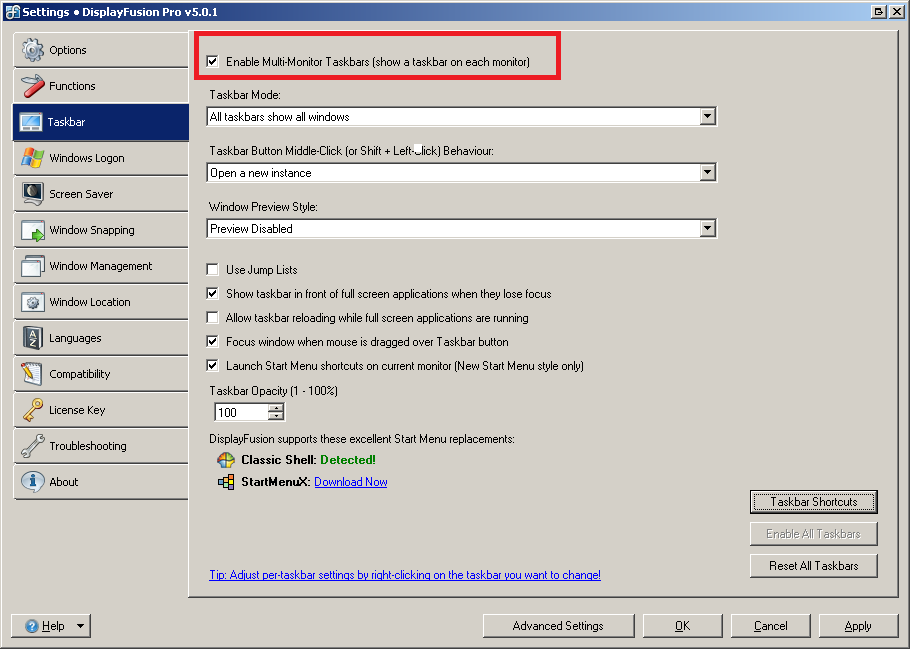 As to why Windows 10 behaves that way, I don't see any good reason. I'm guessing that the deciders live on a 15-inch laptop are unfamiliar with the concept of multi-monitor…

Not the answer you're looking for? Browse other questions tagged windows-10 multiple-monitors taskbar or ask your own question.

7
How can I choose where new application windows open?
5
Chunks of tooltips get stuck, where the screen isn't refreshing, I guess. (Windows 7 Professional x64, 1-2 monitors)
2
Windows 8: the taskbar's Chrome won't open without right-clicking, but why?
0
Windows 7 Aero taskbar thumbnails intermittently fail
2
How to quickly close multiple windows from the same application via the taskbar?
0
Make Windows logo key + number open buttons that belong to the same program