I've just installed windows 10 and immediately experiencing lags and unresponsiveness. System would get stuck for ~10 seconds randomly. I have no utility software running, or even installed. It is a fresh copy of windows 10 running only skype and edge.

Previously I was having issues with hard disk (SATA) cable so I've just replaced that.

I could see a lot of COM related errors in event log but installing some updates probably cleared the log. 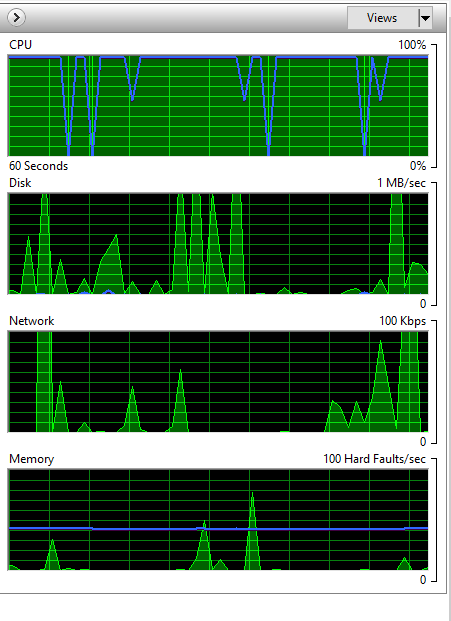 I'm running a Intel Corei5 (x86 x64) with 4GB 8GB RAM and a Samsung Evo SSD Western digital blue 500GB HDD, and am clueless as to why CPU usage would go so high even without having any programs installed.

Also, I've just noticed in the screenshot, 100 Hard Faults/Sec. Is that normal?? Is my RAM and CPU failing?

Update
Ok, I've found a strange thing. The "system information" utility (correctly) detects my CPU as being x86 (32bit) based but the "System" utility lists the CPU as being x64 based.

Additional Info
I actually installed Windows 10 because my previous installation of Windows 7 was stuck in a reboot loop on startup after giving several KERNEL_DATE_INPAGE_ERROR with 0x0000007A error code. That's the reason I changed my SATA SSD cable. I have not run memory diagnostics so far. If memory diagnostics are required, then please suggest me a way that doesn't require me burning a DVD/CD because I do not use any optical drive.

Update 2:
Recently I had to replace my SSD and I upgrade my RAM too (increased the capacity to 8GB, to a different brand that I was using previously). So I've a new HDD, new RAM modules, new Windows 10 installation; and and CPU usage issue is still there.

Update 3:
Incidentally, I had to run my computer in safe mode and it crossed my mind to check the CPU usage in safe mode, so check I did, and to my surprise the CPU usage was pretty sane. Below is a screenshot of list of processes in resource monitor. These are all of the processes that were running at that moment. 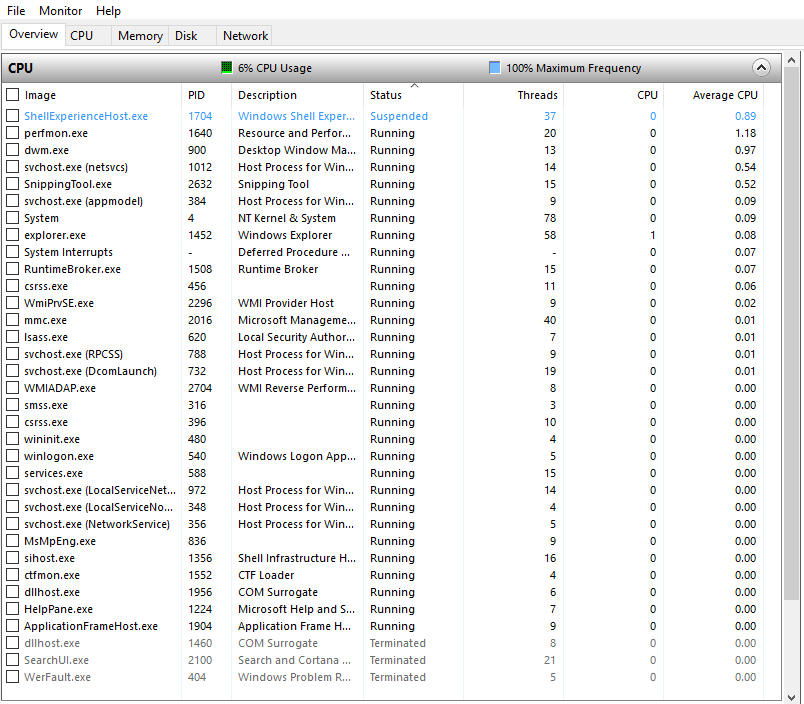 Your help is very much appreciated.

I have reinstalled Windows 10 a couple of times and never got this issue. But it seems that it was fixed in build 10041.

Have a read at this

Not the answer you're looking for? Browse other questions tagged windows-10 cpu-usage lag or ask your own question.