Just recently, git in Cygwin has not been behaving correctly. When I try to run a command like git pull it does not show anything about the pull. The git status command works just fine and shows the appropriate information.

However, all of this works just fine and dandy in Git Bash and Git CMD.

The only thing I've done recently that could have affected Git was install Chef and installed Git for Windows because I couldn't get Git to work in cmd.exe because of an error cygcrypto 1.0.0 dll is missing.

Prior to all of this, git worked flawlessly in Cygwin for several months.

Here is a picture of my git command outputs. The top window is Git Bash, and the bottom is Cygwin.

stract git pull output file I had to upload and share it on my Google Drive because the output was too large for any paste hosting site. Pastebin is blocked here at work so I may try to upload it there later. 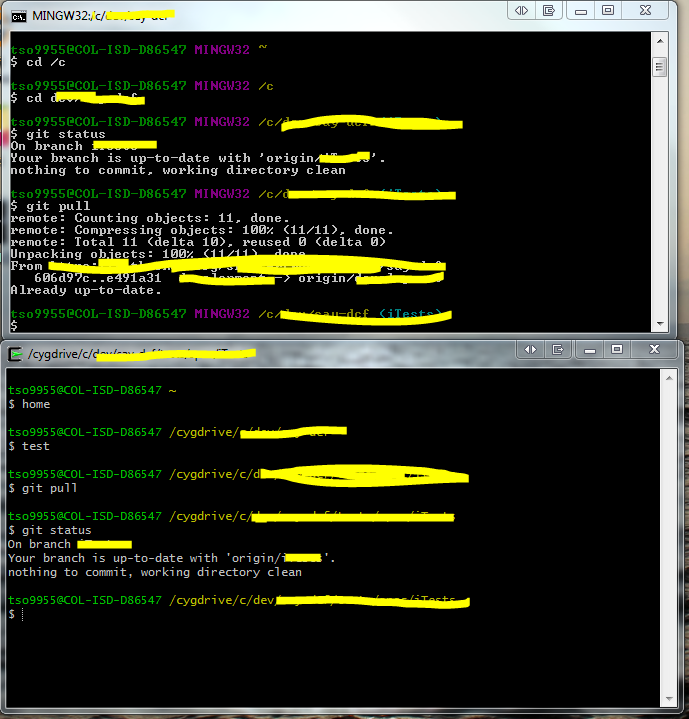 Here is a picture of what's happening after I've removed git from Cygwin and reinstalled it. 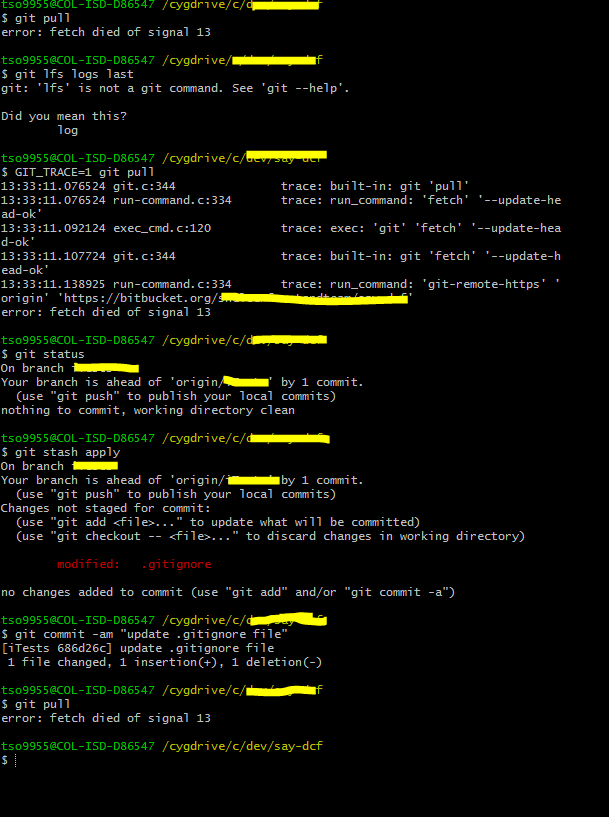 What seems to fix the problem is to re-run the Cygwin installer and install a new package. When I fixed my problem I installed some new random package, but in the comments above Izzy installed the openssl-devel package.

After re-running the Cygwin setup the problem was fixed.

Note: You can try this method without adding any new packages too. Just let Cygwin go through the setup process again. Doing this does not blow your Cygwin away and start over. It seems to just overwrite the already existing files, and add any new packages you may have added.

Not the answer you're looking for? Browse other questions tagged git cygwin or ask your own question.

0
curl (48) An unknown option was passed in to libcurl, cannot install composer