How does avast! add a signature into my webmail?

I have the free version of avast! installed on my computer.
When I just sent an email on https://mail.google.com with Firefox a signature was added, saying that the sent mail is

I am not asking about how to turn it off, I have already done that.

But I am curious, how they managed to add it technically.

Edit (based on comments):
I checked the Firefox Add-ons Manager, but I cannot find any Extension or Plugin from avast!.

This seems to imply that a program installed on my computer can modify the content of a website I am viewing.

That's because your antivirus software is attacking you via a man-in-the-middle attack. Or at least that's the possibility I'll talk about below.

People have downvoted this answer and demanded evidence for my claims. Fortunately, someone already added links in the comments. Kaspersky, Bitdefender (see next mention of the word "Bitdefender"), and avast! do this for sure. I don't know about the others. You can also watch this video about it. (Unfortunately, the video is in German but you'll still be able to see what's happening even if you don't speak German. Start watching at 1:40 in this case.)

Then you have to figure out how to get information about the connection. In Firefox, you have to click onto the arrow button on the right. You already see what you need to see but click onto "More Information" anyways. A window like this will be shown: 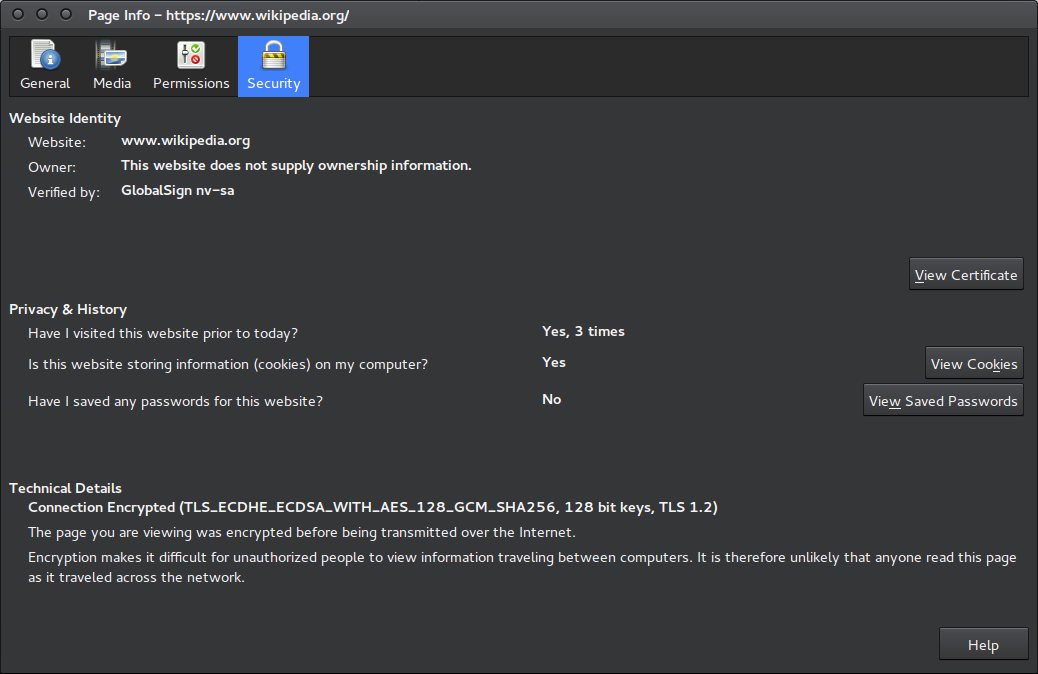 As you can see, I visited Wikipedia to create this screenshot and the identity of the website is verified by GlobalSign nv-sa. In your case, you will see the name of your antivirus software or something related to that.

I'm calling this a man-in-the-middle attack not only because it follows the same principle as a malicious man-in-the-middle attack but also because it can severely increase the vulnerability of your system if malicious software (the authors of which can't sign certificates themselves and therefore not intercept your https traffic without you noticing) uses your antivirus software to read the traffic. Furthermore, Bitdefender severely decreases the security of the connection as you can see in this video at 4:38 or by trying it yourself. The user – of course – isn't told this and therefore is attacked by the software they use to defend themselves. Even if it didn't harm the user, it'd still be a man-in-the-middle attack according to definitions you can find online (including the one on Wikipedia).

Your antivirus software can then just do with your emails (Or any other traffic!) whatever it wants.

Not the answer you're looking for? Browse other questions tagged email anti-virus gmail or ask your own question.

0
Is Avast antivirus reading my emails?

1
How did I become Infected with AV Security Suite?
5
Is there a way to add a dynamic signature to an email?
2
Thunderbird 31.2.0 "warping" in text-only Compose window on both Linux and Windows
3
How to quit Avast temporarily?
2
How is Avast auto-inserting a signature into my browser based email?
2
How to add a signature in UNIX mail command
0
Is checking without a on boot check enough after clicking a malicious link in a mail?
2
How does Avast check the router password strength?