How to tell if CPU is actually overheating or is a false positive?

How does the CPU know it's temperature? I've been having trouble turning on my computer as I keep getting "CPU fan error". I reapplied thermal paste and got a new heatsink/fan and still the same problem. Could it be a false positive? How can I tell? Any other causes of the error that don't actually have to do with the CPU heat, for example could the CPU not be correctly seated? The heatsink I'm using is stock Intel and I heard all 4 pins click in. Plus when I took it off the thermal paste had been smudged around so I knew it made contact, and I watched the fan spin.

UPDATE: it's working now. I didn't know it made a difference where you plugged in the power cable to the motherboard. I had tried plugging the fan into two connectors, and though the fan turned on, I guess the same channel is used to convey information about CPU temperature? Here is a picture with red arrows pointing to the power connectors (or what's the correct name?) where I plugged in the fan and had it turned on but got the CPU fan error. Interestingly there is a fan on the side of the case, which I unplugged and tried to plug the heatsink fan into, and it still didn't work. I guess there's something very special about the connector it's plugged into now. Thanks for the help everyone! 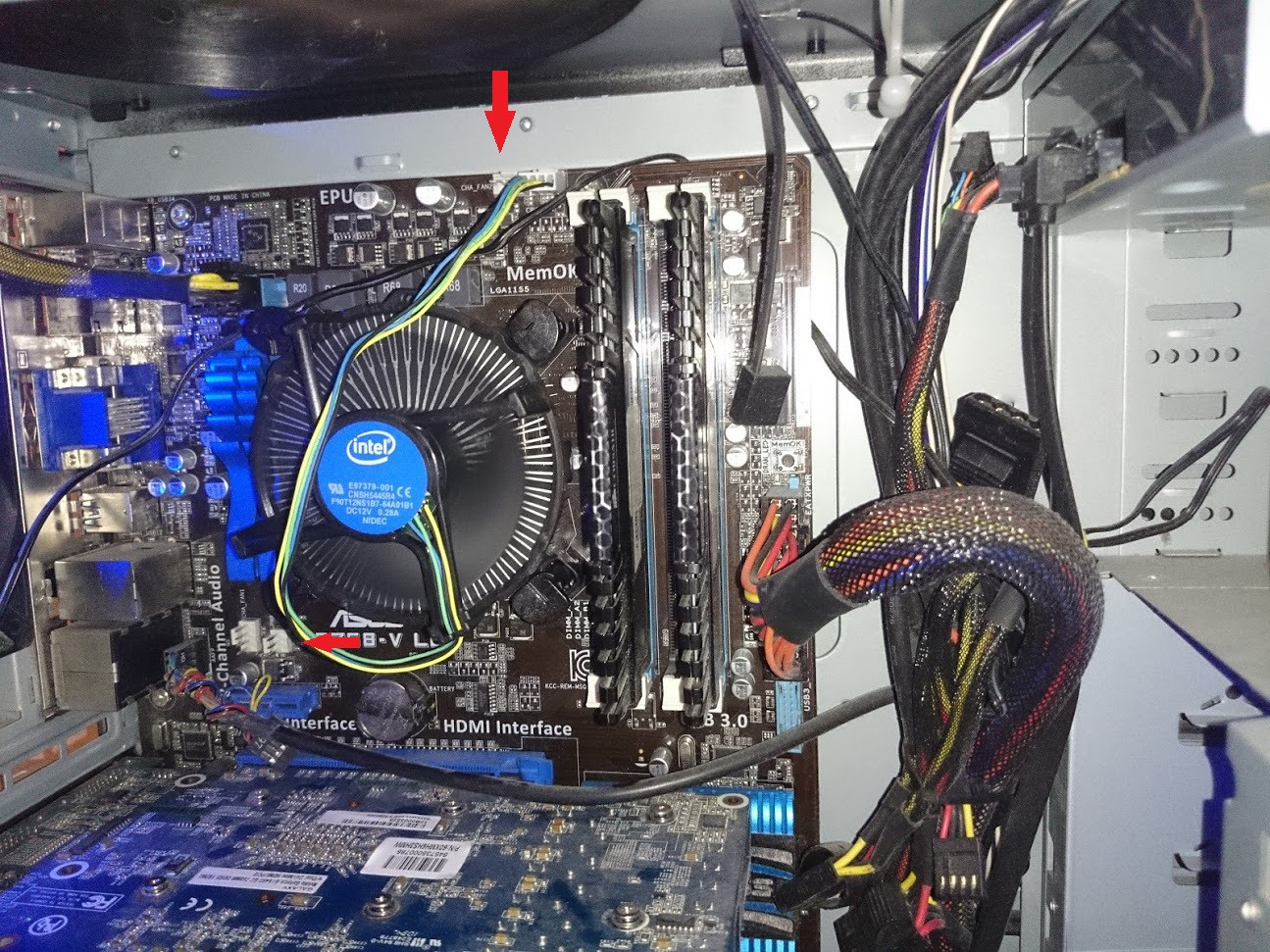 cpu troubleshooting cooling desktop-computer temperature
share | improve this question | |
edited May 4 '16 at 4:21
Celeritas
asked May 4 '16 at 0:27

Basically there's multiple headers for fans on a motherboard, and while electrically and functionally identical, the CPU header is monitored seperately, since a non functioning CPU fan would be very bad. If you plugged it into the "aux" or "opt" header - meant for things like "push pull" cooler configurations or water pumps or a "cha" header, meant for chassis fans, the motherboard might decide "hey, the CPU fan isn't taking any power or reporting speeds, it must be dead" and warn you that the CPU.

As such when building a system where you plug in a fan matters, especially for automatically controlled fan speeds, and to prevent error messages like this.

Not the answer you're looking for? Browse other questions tagged cpu troubleshooting cooling desktop-computer temperature or ask your own question.

0
Does primary drive need to be plugged in to particular power port on cable?