Why won't my motherboard work with two CPUs?

I (very) recently built a computer with the following specifications:

Now, the system runs perfectly fine with one CPU installed (installed Windows, games, programming, etc, are fine), but the system will not initialize both CPUs when both are installed. 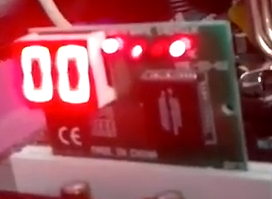 Both CPUs work and so do both sockets (basically, everything works except when I try to use both CPUs at once), so I'm not entirely sure what's going on here. I have also tried another PSU and resetting the CMOS, none have worked.

There is a BIOS update available for my motherboard, but applying it hasn't fixed the issue either.

Here's the details in CPU-Z of each CPU: 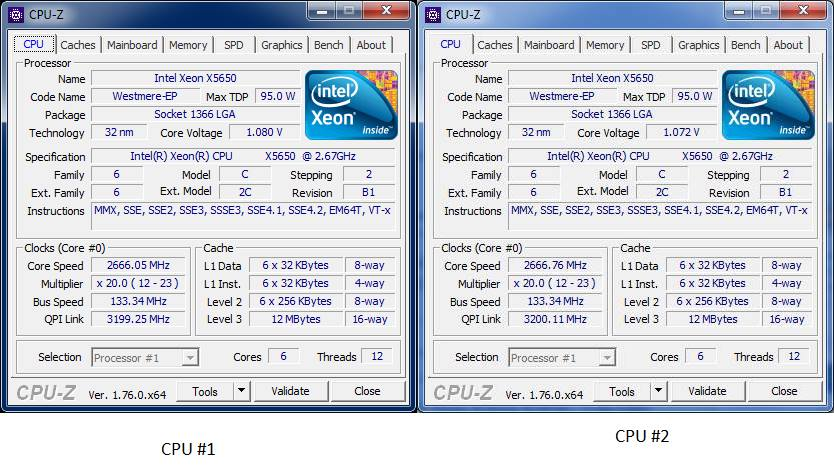 I took a screenshot of CPU-Z, and then shut-down and replaced CPU #1 with CPU #2.

What could be wrong here?

The seller of the motherboard is sending me a replacement board that has been tested to work with dual CPUs, but I'm wondering if there could be something simple that I'm missing?

I've looked into it in more detail and the QPI is not going to its full 6.4GHz (even when forced); instead it's throttling to 3.2GHz, sacrificing some of the Xeon's performance.

Turns out that the motherboard had a bent CPU pin in one of the CPU sockets; this pin was only slightly out of alignment (to the point I needed a magnifying glass to see it), but was enough to break the QPI interface, which resulted in the system unable to boot with two CPUs.

I fixed the issue by going over each CPU socket with a magnifying glass and needle.

Not the answer you're looking for? Browse other questions tagged cpu motherboard bios or ask your own question.

0
Motherboard or CPU dead?
1
Why doesn't my i3 6100 CPU work with gigabyte motherboards?
1
Will Xeon and i7 both work in the same motherboard?
2
What reason would there be for a 64 bit CPU motherboard to support a maximum of (only) 4GB RAM?
1
Video card won't work with motherboard
0
New build - No BIOS screen, no POST beeps