What I have tried that didn't work:

this one create single action to run a program as "C:\sanAuto.bat","C:\ClEvtLog.cmd"

This one says multiple /TN not allowed

Is there a way to create tasks from command line and specify multiple actions?

Note 1 Exporting and importing the xml is not something i want to do http://iislogs.com/steveschofield/2009/03/20/creating-a-scheduled-task-with-multiple-actions-using-command-line-in-windows-server-2008/

command-line windows-task-scheduler
Share
Improve this question
edited May 26 '18 at 2:46

The easiest way to define the task in XML is to use Windows' Task Scheduler GUI to create your task (with multiple Actions defined) and then "Export" it to XML. 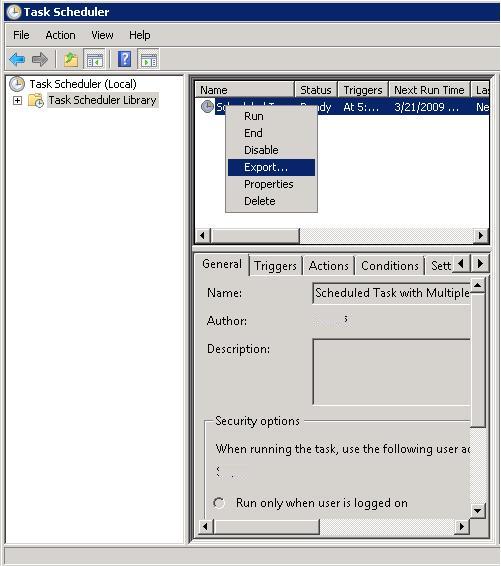 Not the answer you're looking for? Browse other questions tagged command-line windows-task-scheduler or ask your own question.