How to run a sequence of bash scripts one at a time in Linux?

I have several bash scripts, or rather one script that has to be run multiple times.

This script accepts several command line arguments and does something with them. I need to run this script multiple times in sequence, passing in different argument values. The problem is that this script is very long and it takes a lot of time to run.

I need to give my finished results to my boss in the morning. One solution would be to just run the script once, and then sit at the computer all through the night, waiting for it to finish, and then run the script once again. But lack of sleep is not an option for me.

Is there some way to automate the running of scripts with predetermined argument values? By the way, I need to see not just the output of the scripts as the final result, but also the script as it was passed in to the command line with the appropriate arguments.

Perhaps it would be better to look at this image to understand my question better. 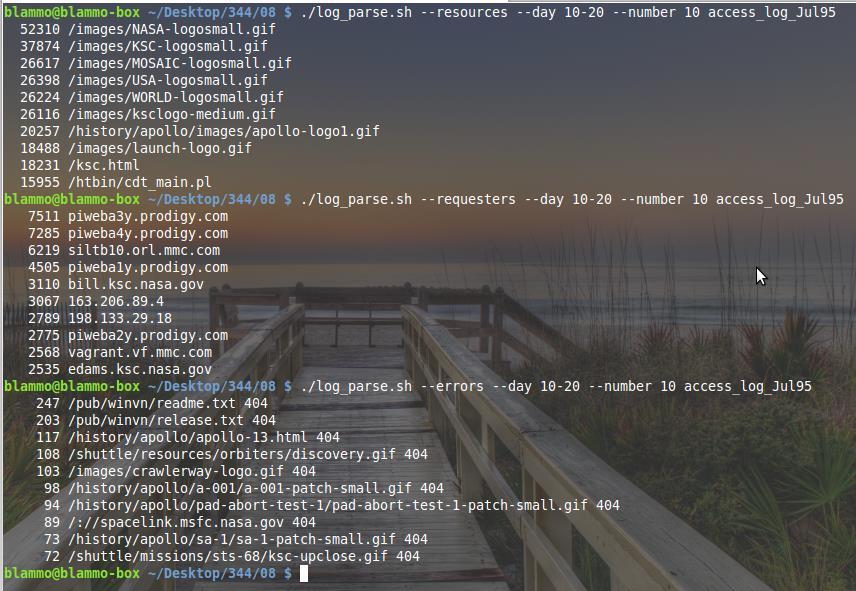 Simplest way to run one command after another is just to use ; Like:

If you wish to skip running commands if the previous one fails, you can do it with &&:

Unlike pipe (|) or ampersand (&), the semicolon waits for the command to finish before the next command is run.

You need a for loop:

Maybe you will want to save a copy of the output to a logfile as well as display it on a screen:

Put the above code in a file called, say, script.sh. Then, at the command prompt, run:

Check out Task Spooler (http://vicerveza.homeunix.net/~viric/soft/ts/) - there are packages for Debian.

Basically you can install it, then execute a bunch of tsc {script} {arguments} and it will stack the command in a queue which the spooler works on in the background.

Not the answer you're looking for? Browse other questions tagged linux bash script or ask your own question.

2
How to write a script to accept any number of command line arguments? (UNIX, BASH)
3
Force a bash script to run to completion where some items may stick
3
How do I run bash scripts as root over SSH?
5
How to run scripts within a telnet session?
2
tee causing bash scripts to hang
2
Running bash scripts from bash script in other folder
1
Some response problems using two “key sequence” scripts in Autohotkey
0
Identical scripts, same permissions, one hangs one doesnt, How? Why?
0
Run bash script from Debian GNU/Linux