Why are changes to my PATH not being recognised?

When I update my PATH using either the built-in Environment Variables dialog, or something like Path Editor, and then open up a command-prompt, the changes to my PATH will not register with the console, depending on where the command-prompt was started from.

I've tried running the command prompt from a shortcut on the desktop and it works fine; I then copy that exact same shortcut to a sub-folder on the desktop, and I get the non-updating PATH problem.

I realise this is quite hard to explain, so I created a screencast to show this issue in action. Site is dead.

Here's a screenshot of the Command Prompt shortcut as seen in that screencast: 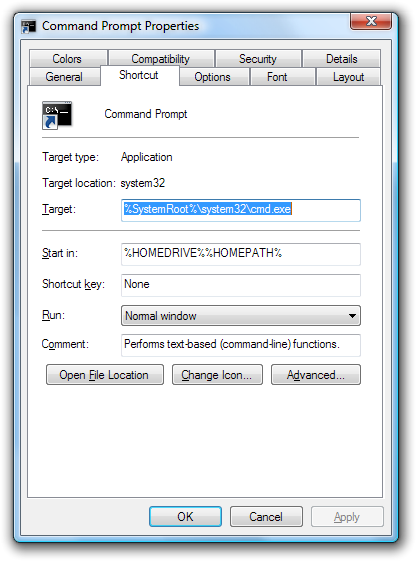 This is on Windows Vista Home Premium SP2.

When you start a new process (such as a new command line), it will pick up the environment variables from the process that is starting it. When the path is updated, only the process performing the update can know it has changed, and the setting doesn't propagate until you log back on (for per-user settings) or reboot (for system-wide settings)

The reason I do not see updates to my PATH in the screencast I posted is because I had initially launched an explorer window using FARR making FindAndRunRobot.exe the parent process. FARR doesn't automatically detect environment changes and so, child processes spawned from it do not pick up the new PATH. I also had 'Launch folder windows in a separate process' option set in Explorer which means that all explorer.exe windows I opened subsequent to the initial one opened by FARR where also children of FARR.

By turning-off the 'Launch folder windows in a separate process' option, new explorer.exe processes aren't created under FARR, which solves my problem. However, I also launch console windows and other things directly from FARR; these also get the old environment settings. If I restart FARR, then the new environment settings are propagated.

Here's a screenshot of Process Explorer showing processes spawned from FARR. None of these processes receive the new environment settings from the top-level explorer.exe unless I restart FARR: 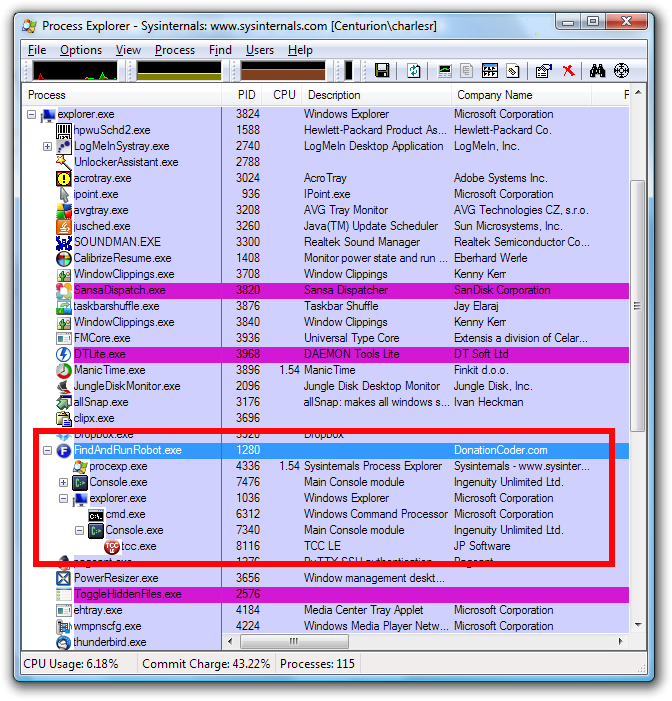 Not the answer you're looking for? Browse other questions tagged windows windows-vista command-line path or ask your own question.