I have Windows 7 pro, an NVIDIA GT730 and two monitors(AOC e2752She, BenQ GW2765) attached to the NVidia card using the DVI ports using this cable: (http://www.amazon.com/AmazonBasics-HDMI-DVI-Adapter-Cable/dp/B00NH11X64?ie=UTF8&psc=1&redirect=true&ref_=oh_aui_search_detailpage). I originally only had the AOC with a native resolution of 1920x1080. Then I got the BenQ, but on setting it up Windows would only allow 1920x1080 for it. So I went into the Nvidia control panel and created a custom resolution 2560x1440 and set it to that. Superficially it looks like it did it as the background got small for it and the conrol panel/display/screen resolution setting SAYS 2650x1440, but the image is "soft", not crisp and when I look at the information panel on the display itself, the monitor says it is being driven at 1920x1080 and its recommended setting is 2650x1440, so I'm thinking that windows must be doing some emulation of 2560x1440 and not actually pushing it natively at 2560x1440. Even if I set the monitor to 1920x1080 the image is really "soft".

I want to use this monitor (gw2765) for graphic design and video editing, so I really need it to show it's true resolution. I have searched for quite a long time and have not found anything that seems to address this issue.

NEW Update -- since the monitor is connected via mini HDMI to HDMI cable the card has to support at least HDMI 1.3 and is not using a dvi adapter for this cable. So I am still stumped and stuck.

Any help is welcome.

The issue lies with the cable. This cable is a DVI-D Dual Link cable with a max resolution of 2048x1536. 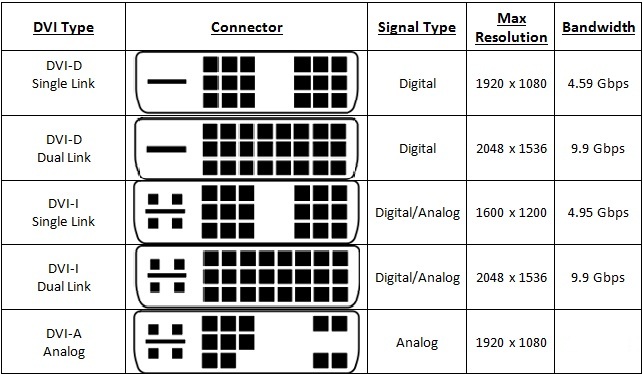 You will need to graduate your graphics card to use HDMI 1.3, 1,4 or DisplayPort as well as the monitor to achieve what you want.

Your monitor's native res is 2560x1440. You set the custom resolution to 2560x1440 in nVidia settings. The cable you are using cannot support that and the computer knows that. What happens is now is that the pixels get grouped together and simulate that resolution but do not actually use all of the pixels. This is why it looks blurry/soft.

When you are running a DVI port video card with an HDMI to DVI cable, it runs in single-link DVI mode and the cable doesn't have the bandwidth to drive your 2560x1440 pixel monitor. You need a dual-link DVI cable with no HDMI adapters at any point in the chain so that two DVI channels are used, OR you need a native HDMI source capable of supplying the bandwidth over a pure HDMI connection. I believe HDMI 1.3 is required for the ~10 Gbps bandwidth requirement of that high resolution. I can't determine what HDMI revision your graphics card has at the moment.

Not the answer you're looking for? Browse other questions tagged windows-7 graphics-card multiple-monitors resolution hdmi or ask your own question.