Computer crashes and BSODs for no obvious reason - Windows 10

So this is kind of a long-run problem. My computer experiences program crashes of all sorts and BSODs. It's gone through several reinstalls but somehow always ends up the same way.

I don't know what to try anymore, so I'm posting my BlueScreenView and DxDiag data + warnings and errors from the Event Viewer from just yesterday (I exported it in English but it doesn't seem to be quite perfect).

Also, here are the components (it's possible that some of them are just not compatible well enough, I don't know):

I'd appreciate any help you can think of.

PS: I believe I already did MemTest on this machine, but I admit it might not be trustworthy enough of an information, considering it was some time ago.

PPS: I recently RMA'd the motherboard and they returned it as functional

UPDATE: I just got the RAM back from RMA. They returned it, saying it's not faulty. Can the CPU be the cause, since the MBD and RAM were both found OK? Or is their statement just not trustworthy? (They said they ran memtest on the RAM that showed no errors. I'm gonna run memtest again later to confirm or disprove what their results.)

UPDATE 28/7/16: I gave the whole setup to the shop, after they told me they would check the whole thing and RMA what's faulty (for free). So I did it and they finally gave it back (perhaps a week ago) with a CPU replacement. The user of the PC reported having a BSOD a day after but didn't complain since. Will recheck everything and maybe reinstall system, to rule out possible aftermath-software problems.

From the txt file I can see that you get the Bug Check 0x1A: MEMORY_MANAGEMENT

According to the MSDN page, the error code 5003 in parameter 1 means you have some hardware issue:

The working set free list is corrupt. This is probably a hardware error.

Run memtest86+ for each RAM module and look if you get errors. If the RAM is time, run CPU-Z and look in the memory and SPD tab and look if the RAM timings are applied correctly. 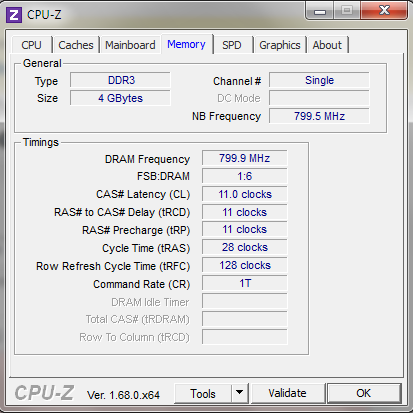 Since you write of RMA-ing the components individually, I assume you spec'ed and assembled this PC yourself. In light of your update saying someone else tested the memory and claims it is ok, I'm going to focus on this part of your question:

here are the components (it's possible that some of them are just not compatible well enough, I don't know)

Yes, it is possible for components to be incompatible. With the CPU, there are sometimes BIOS updates needed to avoid glitches. As for RAM, well not all RAM is created equal. The Gigabyte support page for that motherboard has links for "CPU support list" and "Memory support list" that I suggest you download and read. It isn't necessary to stick with the QVL when building your own PC, but it helps avoid compatibility problems.

You may have to futz with memory timing settings to get your RAM to work. Go into the BIOS/UEFI and look for memory timings. The motherboard reads the SPD values from the memory module to make it easier, but if more than one set of timing values is offered, choose the ones that match the timing numbers printed on the memory module itself, the packaging, or the product info when you bought it. Don't go for the faster timings (lower numbers) because that gets into overclocking territory; you need a stable known-good system before you think about overclocking.

Also, don't overlook the physical stuff. Check that you're using the right memory slot(s) according to the motherboard manual, use some compressed air to make sure there's no dust in there, make sure the modules are fully seated and the latches closed with a solid click, etc.

Not the answer you're looking for? Browse other questions tagged windows-10 memory bsod crash or ask your own question.