to the Licence and Hire date sheets. 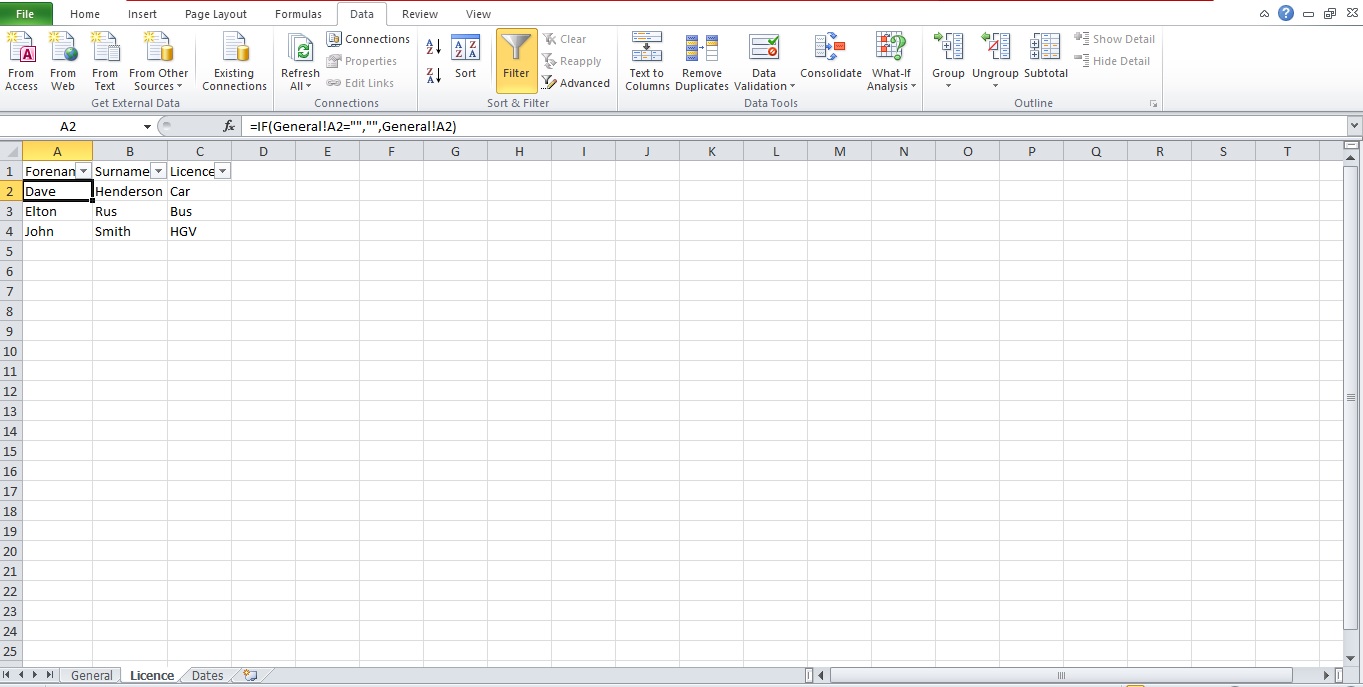 @Razwan, it's quit natural since Surname you copied from Sheet General to others and for this you have used the Formula. Because of that the Surnames are linked with the source (which is the General Sheet) and if the source is been changed obviously the linked data will be changed.

The Solution is, simply copy the Surnames from General sheet to others and Sort the Surnames it will not reshuffle the surnames in other sheets.

When I have data like this, I typically put all of the information into one Master Data sheet and then set up filters on the headers so that I can see only what I need to see.

If I really needed the License and Hire Date to be separate sheets, then I would either create PivotTables in separate sheets (for summary data) or use vlookup formulas as Mat's Mug suggested.

Doing it this way makes it easy as you only have to manage one set of data that flows throughout your entire workbook.

Just Create one more sheet at the start as Master with names and Surnames only and then refer that sheet values in General,Licences and Hire Tabs. Now whatever you sort in general,Licence or Hire Tab, will not affect each other.

Not the answer you're looking for? Browse other questions tagged microsoft-excel microsoft-excel-2010 worksheet-function vba sorting or ask your own question.

3
duplicate data from another sheet in Excel
1
summing values that match text critera
0
Find a specific name in a column, bring in the value in the corresponding row, in the column I designate in another worksheet
0
How do I use Excel to count the times a string appears in other sheets?
0
Using VBA macro to copy and paste to a different sheet with 2 rows of header
0
Row data distributed into multiple rows on a separate sheet
1
sorting various headings in rows