I can see that I have a new update on my machine 'Upgrade to Windows 10 Enterprise, version 1511, 10586'. The Windows update is constantly nagging me to restart my computer but when I do restart (I select 'Update and restart' nothing happens, the machine just restarts normally. When I go to the knowledge base link for the update (https://support.microsoft.com/en-us/kb/3012973) I get 404.

SFC and DISM reported no errors and everything looks to be ok. On MediaCreationTool.exe I selected the Upgrade but it claims that my windows version is not supported by that tool. Winver states that I'm on Windows 10 Enterprise (Build 10240).

Does anyone have any idea how I could apply the update?

Edit:
There is already a similar question asked (My Windows 10 Enterprise still has not got the November update (1511)) but it is not the same case as I have.
Unlike the other question the update is in my windows update list. My computer is constantly nagging me to reboot to install the update.
Additionally I have another computer (laptop) which also has Windows 10 Enterprise edition. I've installed both computers at the same time a year ago. This other computer is already updated to 1511 (Winver states: Microsoft Windows Version 1511 (OS Build 10586.318).
On this other computer I can see that the update was installed (see third item in the windows update history) 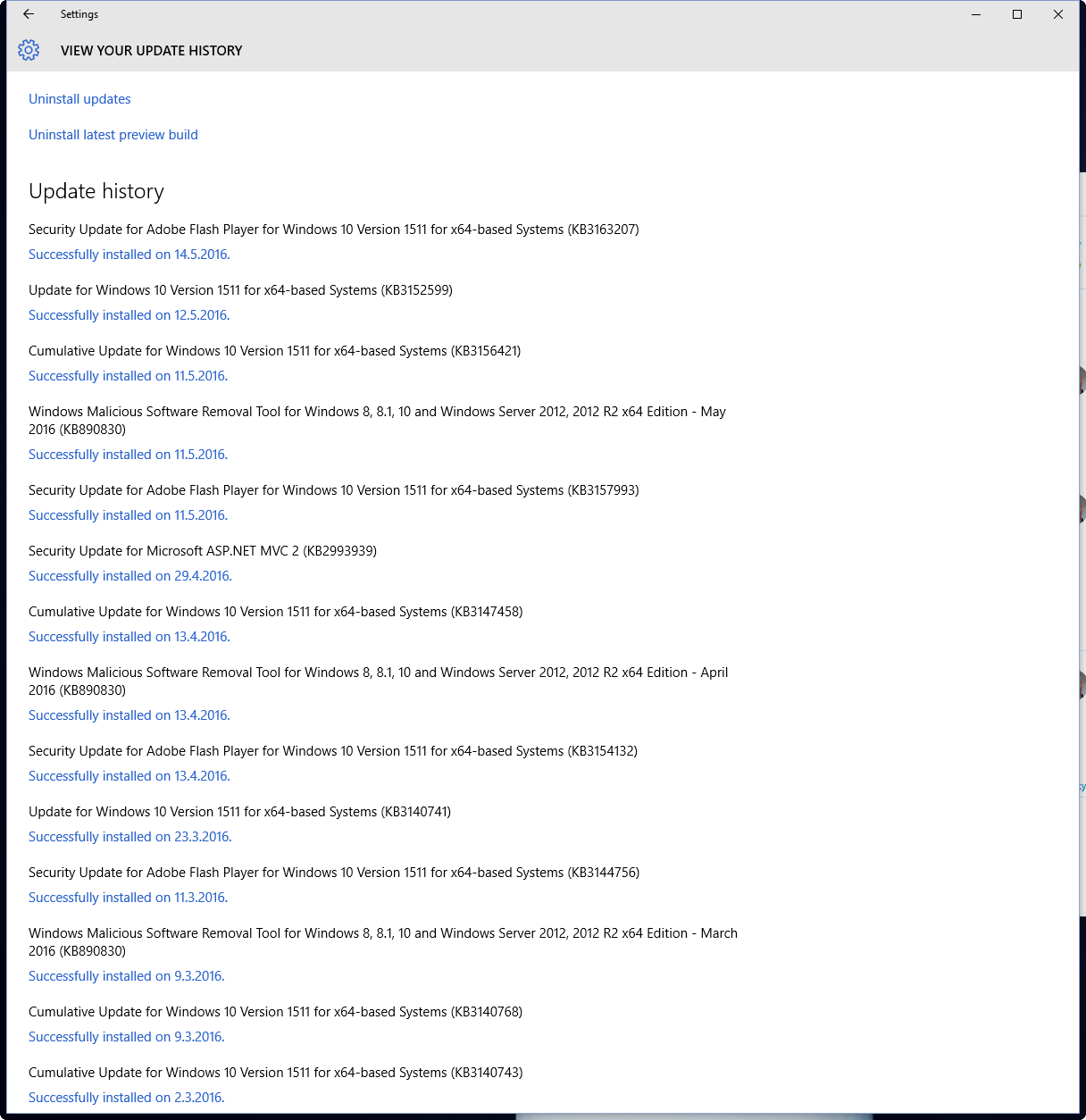 Just to be complete here is the windows update history from my computer which doesn't want to install the update: 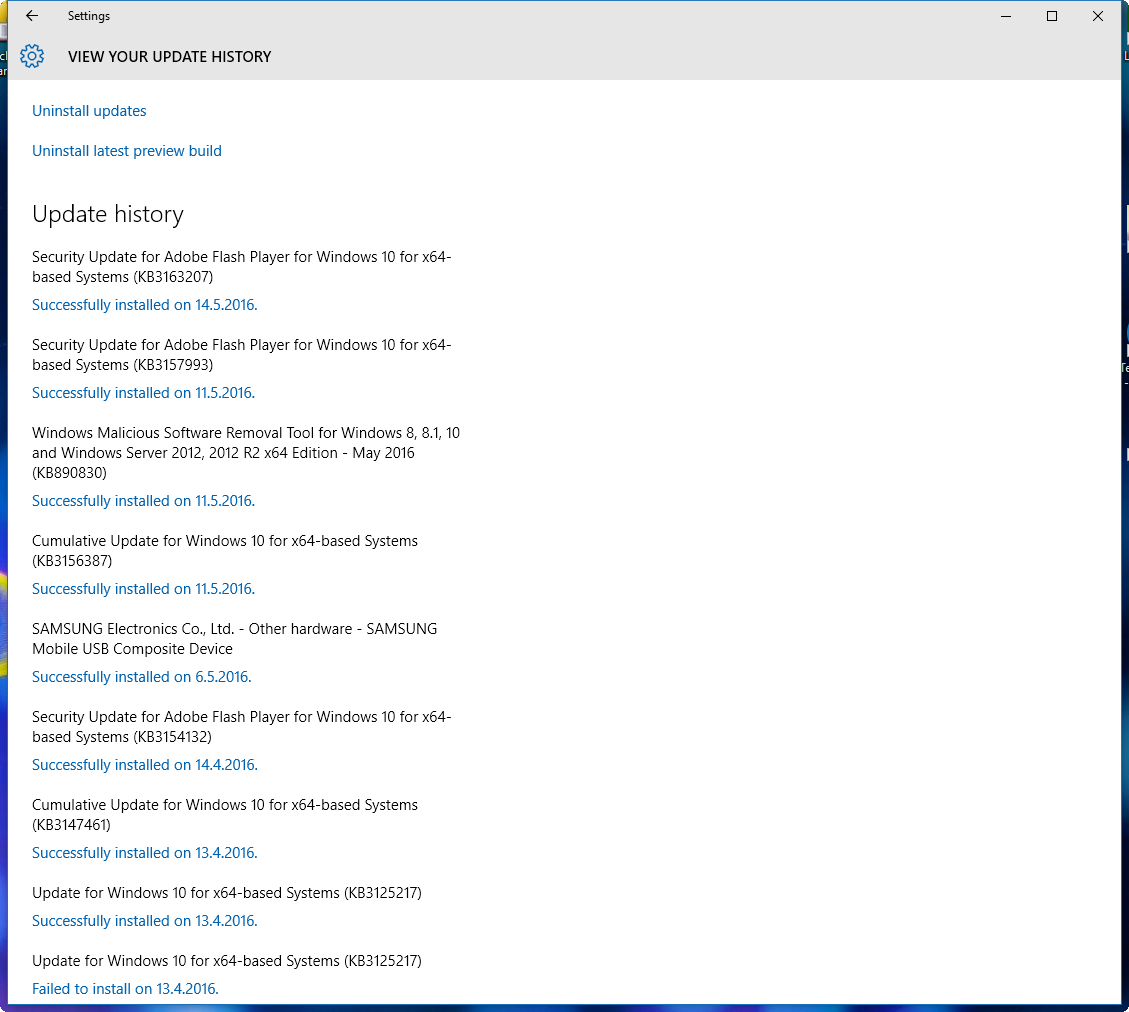 Did you try restarting with the restart button on the update page in the settings app? That worked for me for Win 10 Pro.

I could solve the problem by clearing the Windows Update history. You can download a tool doing this from this Microsoft web page: Reset Windows updates.

The tool is a BAT file that you have to run with administrator privileges.

In my case, running services that could not be stopped, made the process fail. Therefore I had to restart windows in safe mode before running the batch file.

Note: Clearing the update history does not remove the updates themselves, it just clears the update log.

A side note: This is a big update, which restarts Windows several times and can take hours to perform, depending on your hardware.

Not the answer you're looking for? Browse other questions tagged windows-10 windows-update windows-10-v1511 or ask your own question.