I'm trying to install some USB 3.0 drivers which I think are right for my motherboard (the computer is a Compaq laptop with "15-s108na" on the label on the back and I got the driver at https://driverscollection.com/Search/ by looking up compaq 15-s108na usb 3.0 and picked the first thing, so I think I have the right thing) into the boot.wim and install.wim files of a bootable Windows 7 Ultimate Edition USB key so I can install, because I keep getting errors about CD/DVD drivers being missing.

Now I'm trying to install it by following this guide: http://codeabitwiser.com/2014/03/how-to-install-windows-7-with-only-usb-3-0-ports/ but I'm having so many problems...

What I did by steps in the link

Downloaded the driver .exe shown above and all the drivers shown in the list in the link for good measure (I don't think putting them in the boot.wim will cause any problems if they aren't useful?) except the last one (VIA VL800/801 & 805/806 USB 3.0) because the link just redirects to the home page and I can't find it.

Made a new folder in Documents called >b>mylifeishell.

Made USB3 and mount folders inside that.

Put all the drivers including Compaq .exe in USB3. (I extracted the folder in Intel(R)_USB_3.0_eXtensible_Host_Controller_Driver.zip and put that in but I didn't know what to do with USB3.0_allOS_2.1.28.1_PV so I left that the way it was).

Fished the boot.wim and install.wim files out of my bootable Windows 7 Ultimate USB stick and put them into mylifeishell folder, as instructed.

This works, a percent bar appears and charges up to 100.0% and says The operation completed successfully.

I then proceed to type the second line, dism /image:mount /add-driver:"usb3" /recurse, provoking this error;

Make sure that the image path and the windows directory for the image exist and you have Read permisions on the folder.

I then modified the command with exact path of the USB3 folder again; dism /image:mount /add-driver:"C:\Users\name\Documents\mylifeishell\USB3" /recurse

Make sure that the image path and the Windows directory for the image exist and ou hve Read permissions on the folder.

I have no idea what to do and am slowly running out of time here. Maybe if someone could make me the .wim files and leave them in a download link. I would happily kiss your dog on the lips and send you Christmas cards forever.

You can't point to an Exe in DISM:

Extarct the Exe and point to the extracted driver :

Also make sure you run the cmd as admin.

Your other mistake is your incomplete mount path.

Use this folder structure:

Create a folder 7Work and 3 folders DVD, drivers and Mount. Copy the Windows 7 DVD/ISO content to DVD and run this command to mount the WIM: 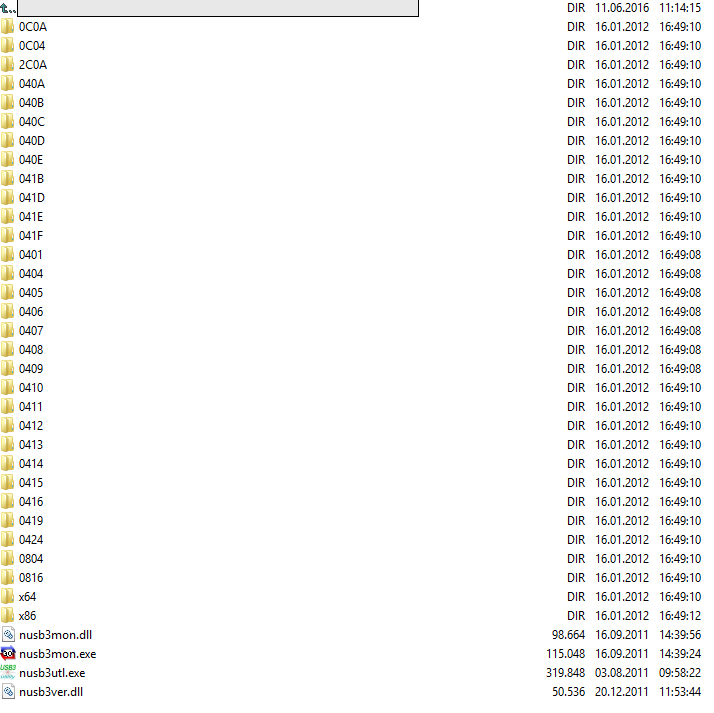 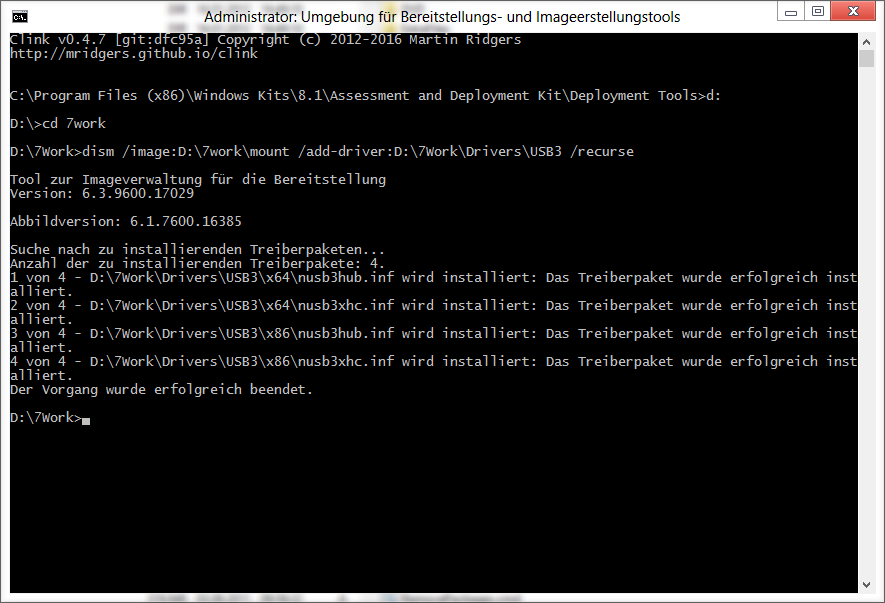 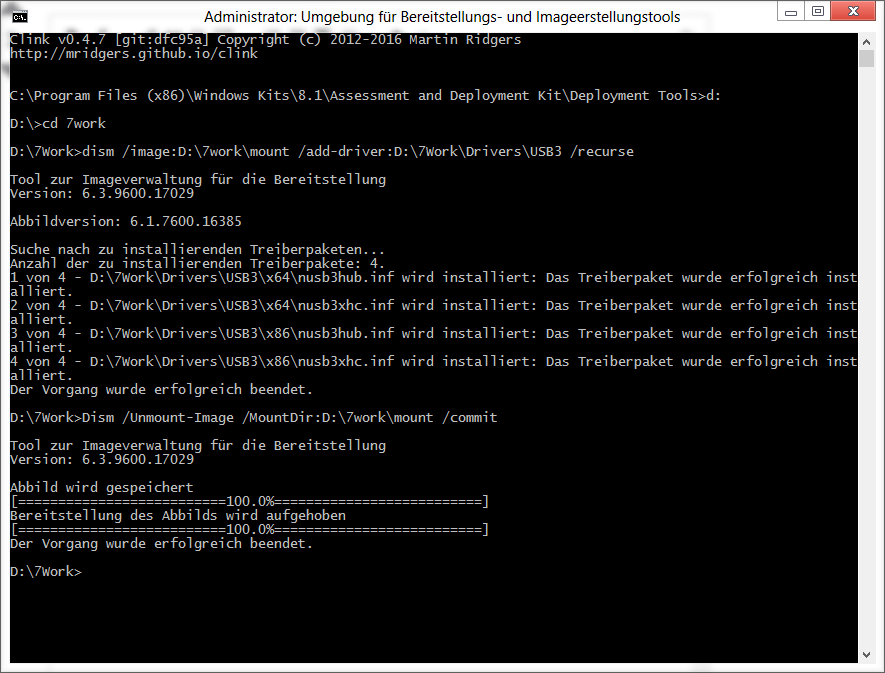 Now replace the original boot.wim on the usb flash drive with the modified boot.wim from D:\7Work\DVD\sources.

Not the answer you're looking for? Browse other questions tagged windows-7 drivers or ask your own question.

1
How to get the correct audio drivers?
2
Win 7 ultimate : Trying to install 64 bit version, it keeps giving me the 32 bit version
1
Unattended (Sysprep) Windows Installation “cannot complete” error
0
Upgrading windows, finding the proper SATA drivers for the windows
0
Looking for USB 3.0 motherboard drivers for a Compaq 15-s108na laptop
1
Install drivers on windows 7 system from WinPE on Installer disk
1
Missing drivers while installing windows 10 on USB driver created on MAC
1
How can I reinstall the Android S8 device drivers?