How to take a screenshot that includes a scrolling element within a web page in Firefox?

I need to take a screenshot of an entire webpage. The trick is that I need the screenshot to include the entire contents of a single element that does not fit in the screen.

It is a single column table that has a scrollbar due to its height. It is not an IFRAME (which would be simple to load in its own tab).

The column contains formatted text and a few small images.

For long web pages that scroll, it is trivial to perform this task. But how can it be accomplished when it contains an individual element within the page that scrolls?

To be clear, I need to capture the entire page, not just the element itself.

I would like to accomplish this using Firefox on Windows.

My suggestion is to use the Firefox's built in feature that allows you to take screenshots of single DOM element. 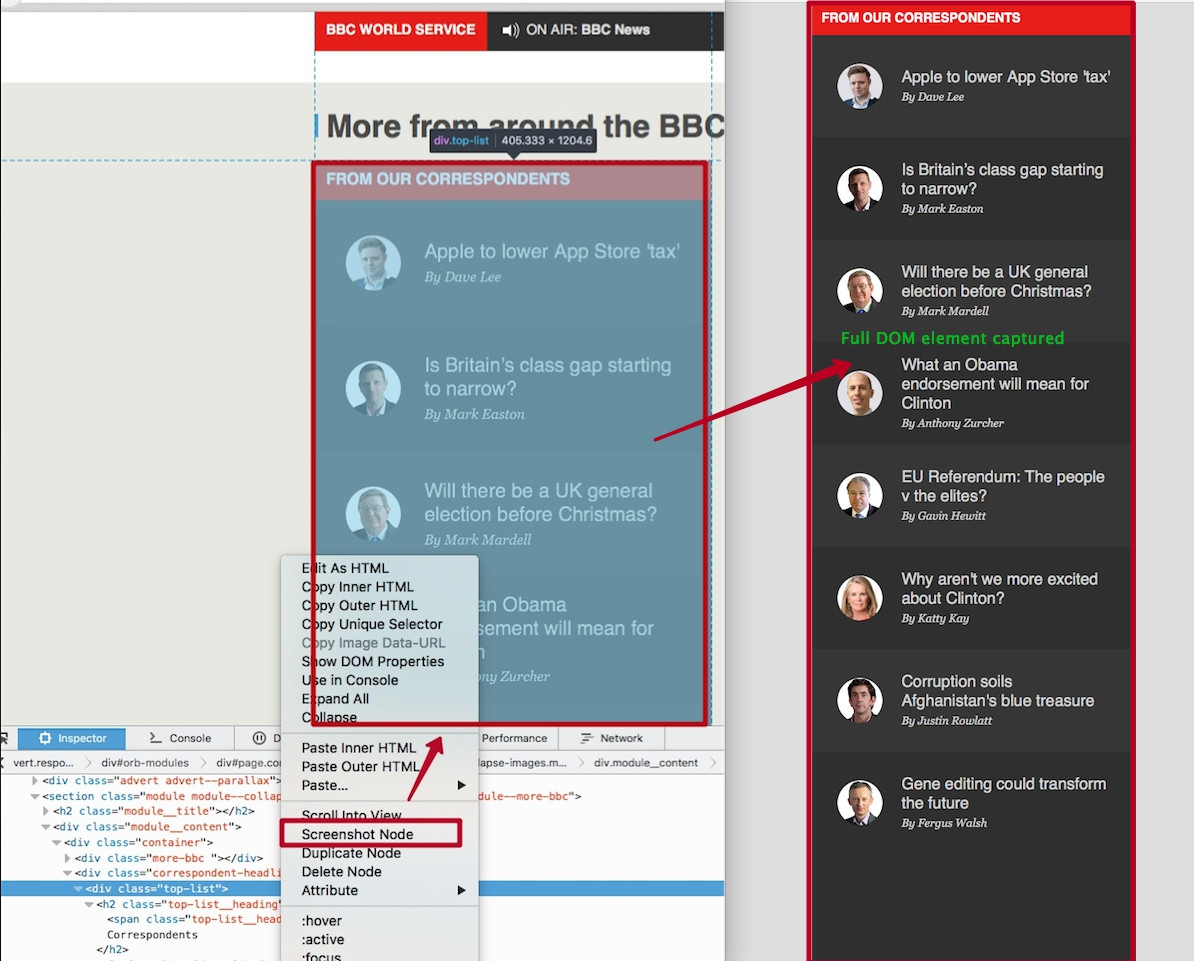 It didn't work on one of my internal site so cannot say it will work for all.

It is going to push a lot of DOM elements out of viewport and screenshot or AFAIK any other tool will not capture it, which beats your purpose I think.

A screenshot, screen capture, screen cap, cap, screen dump, or screengrab is an image taken by a person to record the visible items displayed on the monitor, television, or other visual output device in use.

If I really had to do it your way, I would either create a GIF or take two screenshots one full page and other only of the DOM element to merge into one.

The toolbar was removed from FF. But you can still access the commands by typing them in the console prefixed with a :. So for screenshots use

You can use the screenshot command from the Developer Toolbar:

To capture a single element you can use its css selector with the --selector flag e.g.

will get you the image below

Using Firefox's Responsive Design Mode, set the width to something normal and the height such that it's enough to encompass the entire page. Then click the screenshot button (the camera icon).

There is Software called Snagit that may solve your issue. This software can take the screen shot in different types, like a scrolling window and also can record video.

It is a paid application, but does have a trial available as well.

FYI, the shortcut keys for scrolling screenshot is WindowsKey+Shift+PrintScreen. You then need to click the window you would like to scroll. When you get to the next part to screenshot, right click, scroll down, right click and so on. Whe you are finished, left click and they will get stitched together. Make sure to get some overlap on each screenshot so the stitching process works better.

There is an extension called Nimbus Screen Capture which is perfectly suited to this task.

You have the option to capture: 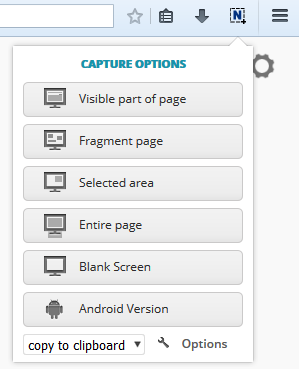 Options to fit everything on one page:

Another option is to take a screen shot of the upper part of what you want to capture. Scroll down, take the next screen shoot. Repeat this until you've captured everything.
Optionally: combine the screen shots into one big image using an image editor (e.g. gimp).

For DESKTOP programs, with scrolling window ApowerSoft capture did the job for me.

0
Take long / scroll screenshot in the browser for paywalled content

7
How to enable "scroll to click" in Windows XP?
94
How can I take a screenshot that includes the mouse cursor?
0
How to prevent the page from scrolling when scrolling inside a scroll box and hitting bottom of scroll box
14
How to configure arrow key scroll step in Firefox
0
10.8 Is there a way to jump to the top or bottom of current page when viewing a PDF in Preview?
0
How to make mouse scrolling in Excel behave like Page Up/Page Down
1
Chrome devtool highlight and scroll to
1
How do I make Pale Moon allow "middle-click-scroller" even when the page has no scrollbars?
3
Tweak Windows 10 scrollbar to jump to clicked location by default