Quick backstory: I'm attempting to resolve "unknown errors" that come up trying to upgrade from Windows 7 to Windows 10. Whether or not this issue has anything to do with it doesn't matter, I just want it fixed regardless.

So, in trying to fix some Windows 7 errors, I discovered that msconfig.exe's boot tab is frozen and attempting to modify anything results in this error message:

Not only that, but going into Advanced System Settings > Startup and Recovery provides me with this dropdown that suggests 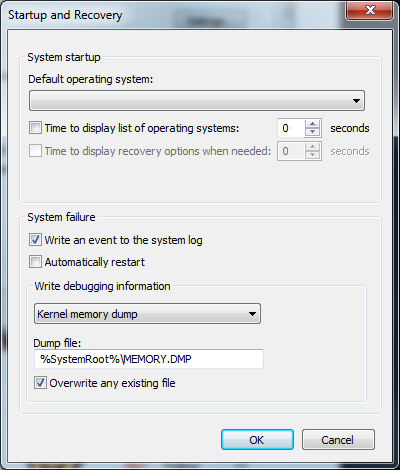 And if that wasn't weird enough, going to bcdedit revealed that apparently my boot configuration store (correct term?) is missing from the default location and is instead in c:\ESD\Windows\Boot\BCD for some reason. 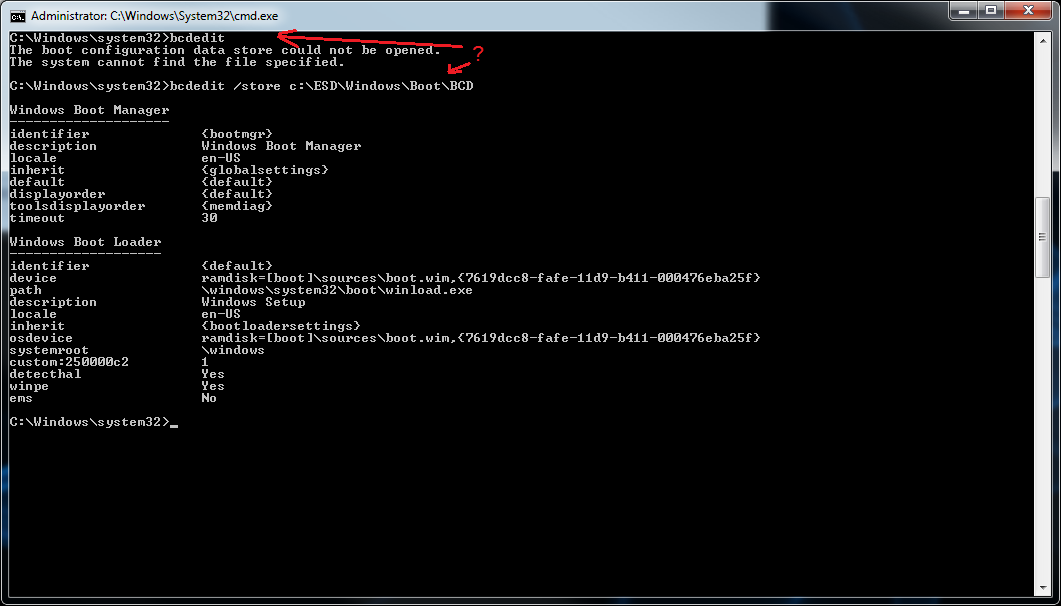 So: How do I fix this? Can I modify something to look in the other path? Can I move the incorrect path somewhere else so it can be found? Am I missing the root of the issue entirely?

I would appreciate if someone could get back to me before July 29th in case it fixes my Windows 10 upgrade errors too!

Update 7-17-16: I have tried several other suggestions (thanks, magicandre1981) but unfortunately none have fixed the issue:

Tl;dr: I had my drives plugged into the wrong SATA ports. I needed the SSD with Windows to show up as drive 0 (by physically plugging it into port #0).

Everything seems to work now.

Time to try that Windows 10 upgrade...

Why this works: Not 100% sure, but it appears that Windows 7 only checks the first drive it discovers in certain situations (such as msconfig's boot tab, running bcdedit in CMD, etc.) despite the fact that it can boot from an out-of-order drive just fine.