How do I display the latest Unicode characters (esp. emoji) in Windows browsers? 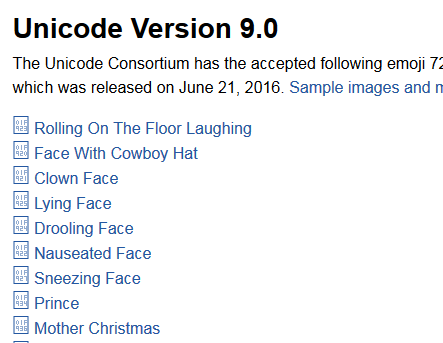 These are often sent to me by people on phones. Unicode 6 characters are supported, but hard to read/differentiate: 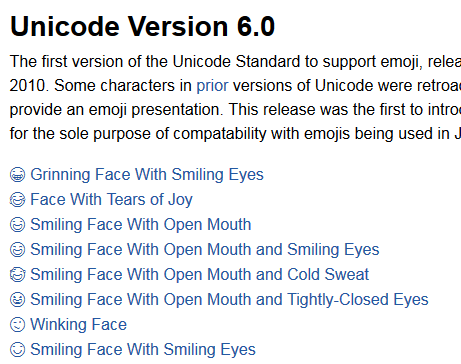 How do I add support for these characters to a Windows 7 system? Is there a way to display them the way Android does, so they are easier to read?

I found the Emoji One font, which supports all the emojis up to the current Unicode version, including color emojis (by embedding SVGs or something).

If the font is specified, Firefox supports the colored emojis fine:

and Chrome and IE support its monochrome fallbacks:

but just installing the EmojiOneColor-SVGinOT.ttf font into Windows is not good enough to get rid of the boxes, apparently because other fonts are preferred over it?

Installing the Emoji Keyboard (2016) extension and enabling "Auto-Replace" in the options (which is on by default):

produces colored emoji in Chrome up to Unicode 9. (The supported Unicode version is stated on the eosrei/emojione-color-font Releases page): 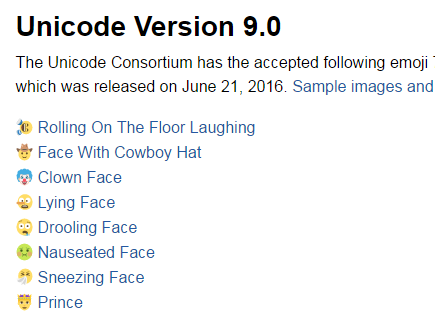 The auto-replace works on every site, but not in editable text boxes.

Firefox displays the characters with Arial regardless of what you have installed, which you can see by installing the FontFinder extension.

A Greasemonkey script will add the font to the body tag of all pages, but this doesn't fix the problem on several that I tested. It works on a few, like superuser.com.

Changing the browser's default font to Emoji One does seem to work in most cases, but may have side effects. (For instance, this replaces the ™ sign, too, which Chrome's extension does not do.)

The Emoji Everywhere extension kind of works, but seems to slow down page load compared to the font, and only supports Unicode 6.1.

Thanks, endolith, I was searching for this information. You really created a fine summary on the problem with Windows / Firefox and Unicode Emojis in versions higher than 6.0. 👍

I was also looking for a possibility to upgrade Firefox on Windows 7 to show newer Emojis.

Although you tested with the Font Finder extension to find that FF uses the Arial font for displaying the Emojis the GitHub site states that Windows 7, 8 and 10 are using Segoe UI for the Emojis.

They only modify Segoe UI Symbol and Segoe UI Emoji with their new script to install Unicode V9 emojis, not the Arial font.

Windows 7, 8, 10 use emoji from both Segoe UI Symbol and Segoe UI Emoji. We need to replace both fonts, but keep the existing symbol characters from Segoe UI Symbol.

I will test their script now although it needs additional software to work.

This package contains an install script that will generate both fonts (or in Windows 7, just Segoe UI Symbol) and install them for you. Running the install script requires both Python and pip in the PATH.

9
Several unicode characters are not displaying on many big sites (like this: ⁠)
0
Unicode Private Use FireFox