Myself and the senior Mac technician at my office have been working on a users machine for the past 3 days and we can't seem to get anywhere. hopefully you can help us.

The primary problem is that after installing InDesign CC 2015.5 on the users machine, they will be unable to launch it due to the error message below. 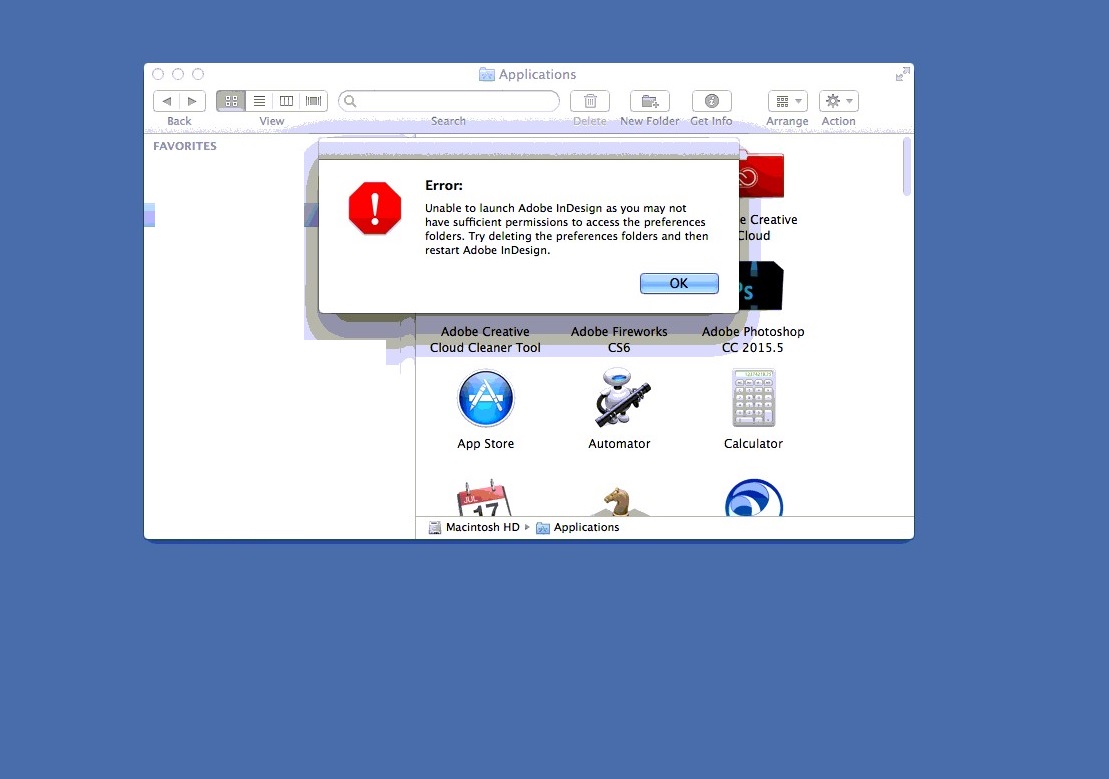 Before deleting anything (wouldn't want the user losing their data), we went into all folders in ~/library and user/library that reference adobe and preferences, added the user to that folder's permissions group and made sure the changes were applied to all child folders. Despite doing this, we would still see the error message.

All these steps did not make any changes to the issue. Occasionally, on reinstalling the progress will get stuck at 99% for 20-30+ minutes without any movement. Upon logging out and back in for reinstallation, the CC manager program will say that InDesign has an update. When I go to install that update, the progress will proceed to the end and an error will appear saying "update failed".

EDIT: After attempting an install and waiting 20min at 99%, InDesign did fully install. Though, we still are getting the above error message.

At this point, I'm ready to do a full uninstall of all Adobe CC Software and reinstall from scratch. I just want to make sure I do it right.

Is there a guide online for how to fully remove all Adobe CC software from a users machine before a clean install? And has anyone has any experience with the issues I mentioned?

We were finally able to resolve the issue. After deleting the Preferences folder from /Preferences and /Caches, InDesign opened normally

Not the answer you're looking for? Browse other questions tagged macos installation osx-mavericks adobe-indesign adobe-creative-cloud or ask your own question.