How do I get a Google Hangouts extension button in my Chrome toolbar?

There are two Hangouts extensions in Chrome Web Store, produced by Google.

One, the "desktop app", which collects all conversations into a single window which can be moved around as a unit, and is subject to normal window management: 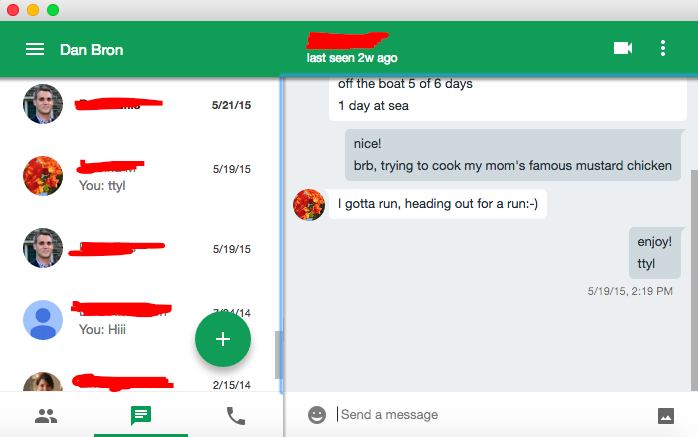 An another, I think preferred by the Chrome/Google developers, where each conversation is in a separate "window", as is the list of conversations. Each of these is a "fly up", and they normally reside, minimized, at the bottom of the primary monitor: 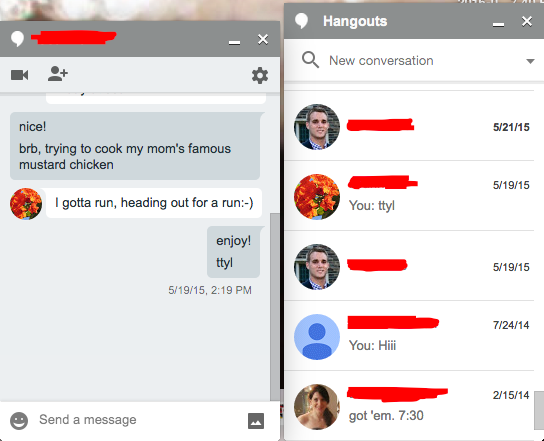 I have both extensions installed, but I have the second one, with the conversations in separate non-standard "flyup" windows disabled, because I find them painful from a window-management and workflow perspective.

The problem I'm encountering is launching the "desktop application" app. The "flyup" extension adds a button to the Chrome toolbar to the right of the address (URL) field:

But so far as I can tell, the only way to launch the first version of the extension is to set it to "launch on startup" (which is unreliable, and interacts weirdly with Chrome crashes), or go Settings>Extensions>Google Hangouts (desktop)>Details>Launch App (from the Chrome Web Store):

Is there another way to launch this app manually, on demand, from the browser itself? How can I add a button for it to my Chrome toolbar?

How can I launch this app quickly and easily on-demand from Chrome?

The best thing you can do is access it from the Apps page by using the apps shortcut in your Chrome Bookmarks Bar to open the application.

To enable access to your apps page from the bookmarks bar, just right click on the the toolbar and make sure Show apps shortcut (red circle) has a check mark by it. Once this is done you'll see the Apps shortcut (green circle). 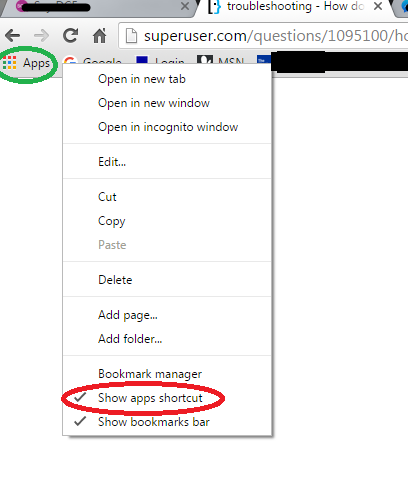 This is where my screenshots won't come in handy because I'm on a Windows machine at the moment. Once you click the 'Create shortcuts...' a box will pop up saying something like Add to applications folder. Once you do that it will open up the Applications folder and you can then drag the Hangouts icon into your dock bar. This will give you easy access to be able to open the application without having to use your previous launch methods.

PS I added the dock method because there might be away to sign into two profiles at once and easily switch. I'm not exactly sure though, because I've never tried.

Not the answer you're looking for? Browse other questions tagged google-chrome troubleshooting google-chrome-extensions google-hangouts or ask your own question.