Is Win+TAB a downgraded ALT+TAB in Windows 10?

Prior to Windows 10, the Win+TAB had a desktop composition (Aero) effect which presented a 3D perspective of all opened windows (allowing to focus/choose one).

In Windows 10, Win+TAB is very similar to ALT+TAB with the exception of two frustrating differences I noticed:

Furthermore, with ALT+TAB, if you keep pressing ALT you can go around with the mouse and click any of the windows. This makes Win+TAB pointless for me, unless there are other differences I am not aware of...

Therefore my question is:

Is there any improvement of Win+TAB over ALT+TAB, or does Win+TAB provides additional functionality?

Is there a way to reactivate the 3D perspective screen in Windows 10 (as in Windows 7) or, at least, make it behave entirely like ALT+TAB without installing 3rd-party-programs? I often press the Win key by mistake and I want to minimize the consequences of these mistakes...

Win+TAB provides more functionality than ALT+TAB -- it's used to switch between virtual desktops.

Pressing Win+TAB opens the so-called Task View, which lets you see all the desktops you have open (row of icons at the bottom) and the windows in the current desktop (rest of the screen). You can press the Add new desktop button on the bottom right to add a new virtual desktop.

Once you've added a new desktop, you can switch to that desktop, and newly opened windows will be associated with that virtual desktop. Within the Task View, you can also switch to a specific window on the active desktop.

All this functionality is available with the mouse, but also with the keyboard: 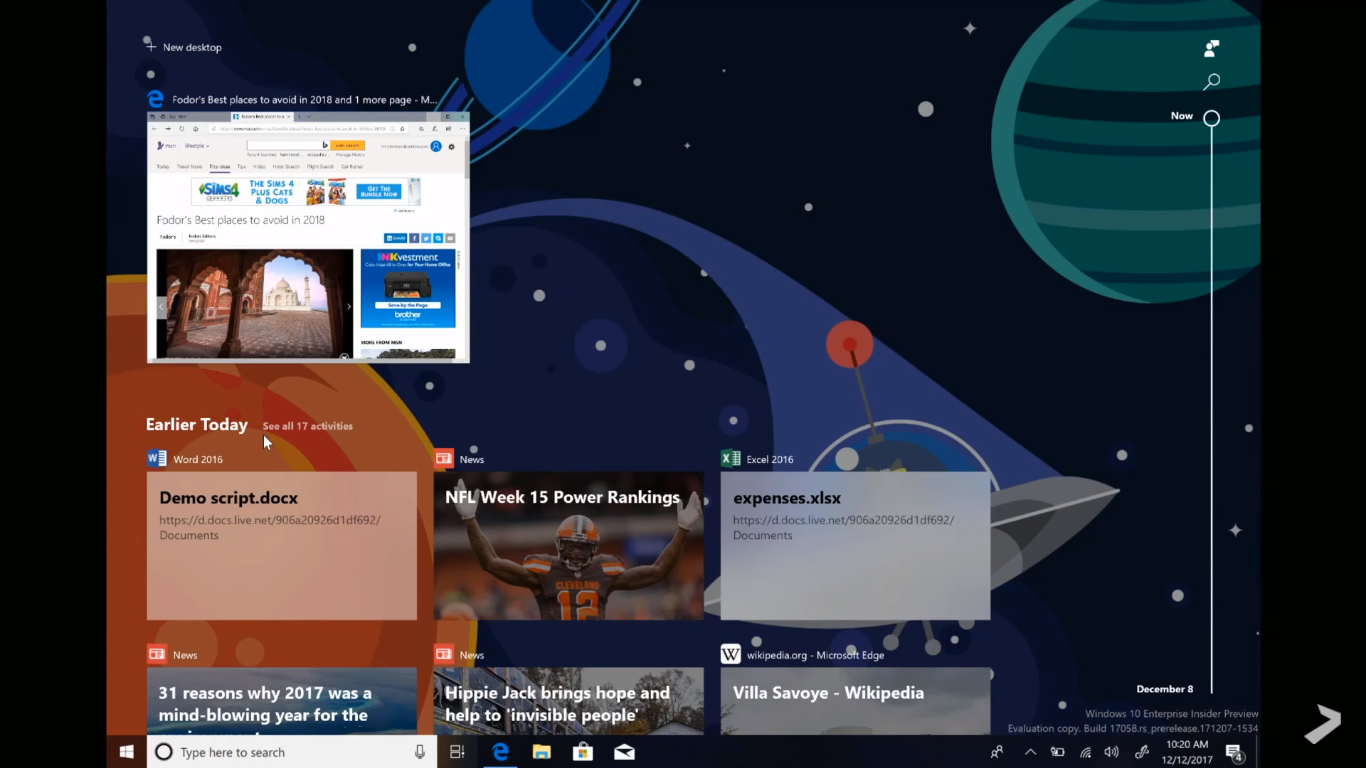 The virtual desktops functions will still be present in the timeline.

I noticed that on the link in Zev's answer, it's currently undocumented that holding down Win + a number jumps right to that application, bypassing the alt+tab dialog. The numbers correspond to the order the apps are listed out on the taskbar.

Not the answer you're looking for? Browse other questions tagged windows-10 hotkeys or ask your own question.