Since few months I am having problems with my computer. The first problems were BSOD's and getting freezes when under load. I updated my motherboard bios and also replaced it but it didn't affect.

The following problems I have with my first motherboard:

After some research I updated the bios and disabled Intel Turbo boost and also disabled all power saving options. This affected a little bit but it was impossible to encode a video. After 1 or 2 minutes I get a BSOD.

I replaced my Gigabyte GA-Z97-HD3 motherboard with a MSI Z97 Krait. Also replaced my 4x 2GB ram with 2x8GB The this helped noticable a lot. But still having occasionally freezes and BSOD when under load.

With my new MSI motherboard I'm having new problems. When doing a litteraly cold boot the next day windows keeps hanging for around 30 seconds. The freezing occurs several times within the first half hour. After the computer is warmed up, then It works normally(beside of the BSOD when under load).

When the computer is freezing, the Windows UI still reacts but I notice that the HDD led is constantly on so there is 100% disk activity. My mouse still moves. For example if I click on the start button or opening my web browser or navigating to a website, nothing happens and the cursor changes into a loading icon. After around 30 seconds all actions happen within a second. The disk load also is gone.

With the new MSI motherboard I can do:

This is my setup:

After some search on the internet I found out that it could be a defective CPU or PSU.

Before I throw more money away I want to be sure what the source of my symptoms are.

"MACHINE_CHECK_EXCEPTION" is likely always a hardware problem. And it should have more detail than that (like it would mention which cpu and memory bank if it blamed RAM or cpu). You ran memtest, so it's probably CPU or something else. To test CPU, you can use prime95. Testing it in your already rapidly dying OS would be pointless though... maybe a livecd would be more appropriate.

To test whether it's CPU, power supply, motherboard, etc. you'd have to test each one, eg. by replacing the part and testing again. Or you could just look for bulging or leaking capacitors, which often works for old hw, and likely never for new hw.

I replaced the PSU last week but it didn't solve my problem.

I have found the problem. My RAID0 was giving problems. This was the message I got in my logs:

I checked the system logs again and noticed this 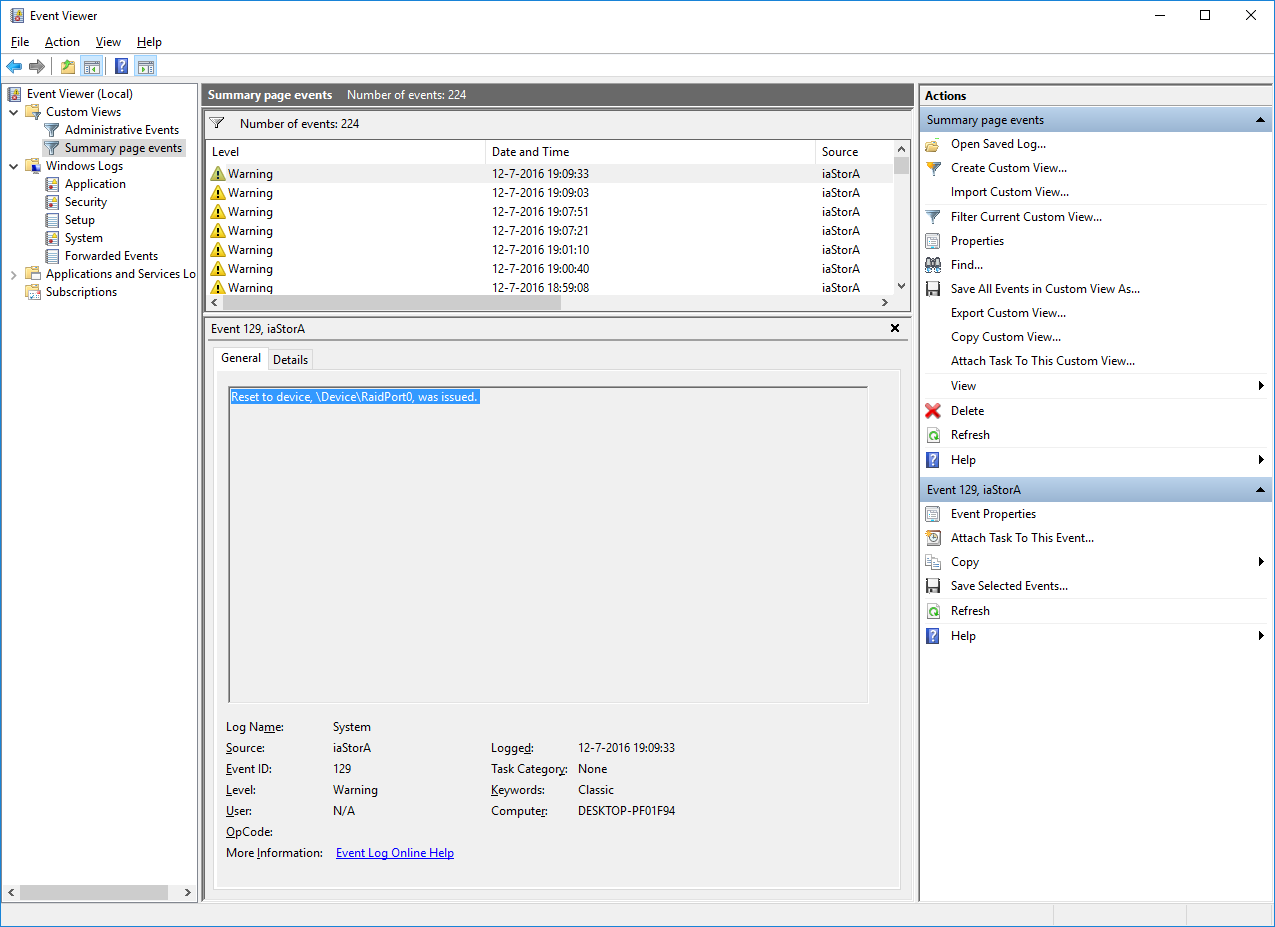 Windows 10 is having some weird power saving features that will try to spin down your raid0 disks.

Solution: First you need to check the power options for PCI Express Link State Power Management. This should be Off: 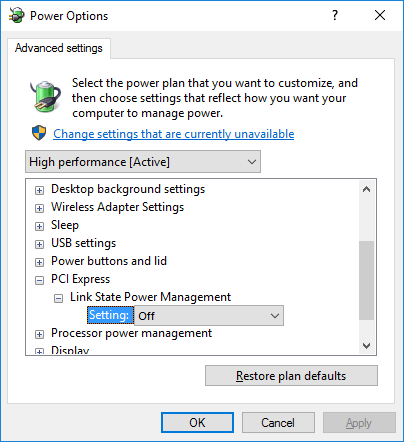 If you are running Intel Rapid Storage Technology then you also need to disable Link Power Management here: 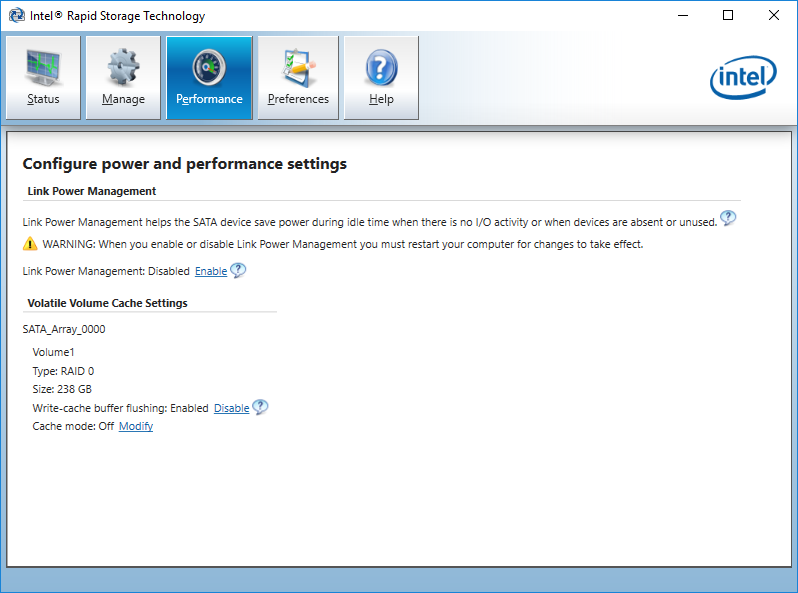 Not the answer you're looking for? Browse other questions tagged windows-10 freeze bsod or ask your own question.