The company I work IT for is planning ahead for a full roll-out of Windows 10 computers to replace ageing Windows 7 computers in 1-2 years time. With Windows 7 Professional, or setup process was easy - build an image void of all manufacturer bloatware, install industry-specific software, and deploy to computers and activate as necessary. The only securing of computers that was necessary is UAC not allowing users to download programs without the admin credentials. Easy. Effective.

With Windows 10 (and 8.x) there is a new elephant in the room - The Windows Store and the UWP (Universal Windows Platform) apps it brings. For personal users, great. But not so much for businesses. Up until November 2015, it was possible to use Group Policy or AppLocker to restrict user access to these resources. However, after the November update (beyond version 1511), Microsoft removed the ability to do this in the Pro edition of Windows 10, restricting it to Enterprise and Education. For many small businesses, it is not efficient to get windows through Volume Licensing programs, so Pro was the way to go. Answered below are two ways to remove the Windows Store and select apps entirely - on per-user basis after they have logged in, or entirely and forever for all current and future users of a machine.

Edit: When removing apps using Method 2, the apps may still show up in search but will close immediately when opened. To make them not show up, use Method 1 AFTER Method 2.

Edit 2: I am investigating an issue where I no longer have any access to any Windows Apps (including those I left) on my testing PC. Until then, please avoid using Method 2.

This method uses the PowerShell included in Windows 10 Pro to remove UWP apps, also known as Appx Packages, from pre-existing users on a computer.

First, run PowerShell as Administrator by searching for it in start and right clicking > Run as administrator. 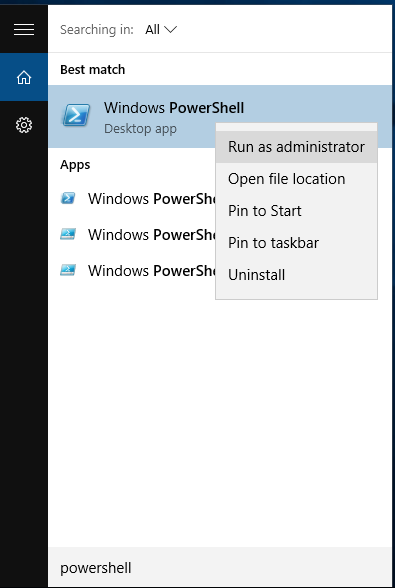 For this example, we're going to delete all Bing apps (News, Sports, Weather, etc.) To do that, we again get the Appx Packages, but this time use wildcards to get them by name. We then pipe them to the Remove-AppxPackage command, which is pretty self-explanatory.

PowerShell will display a deployment process, then give you back control. Getting the Appx Packages by name afterwards returns the following, void of all Bing apps:

To remove the Windows Store itself, do the same as above:

These commands only remove apps from the current user. To remove them for all users on the computer, add the -allusers flag like so: 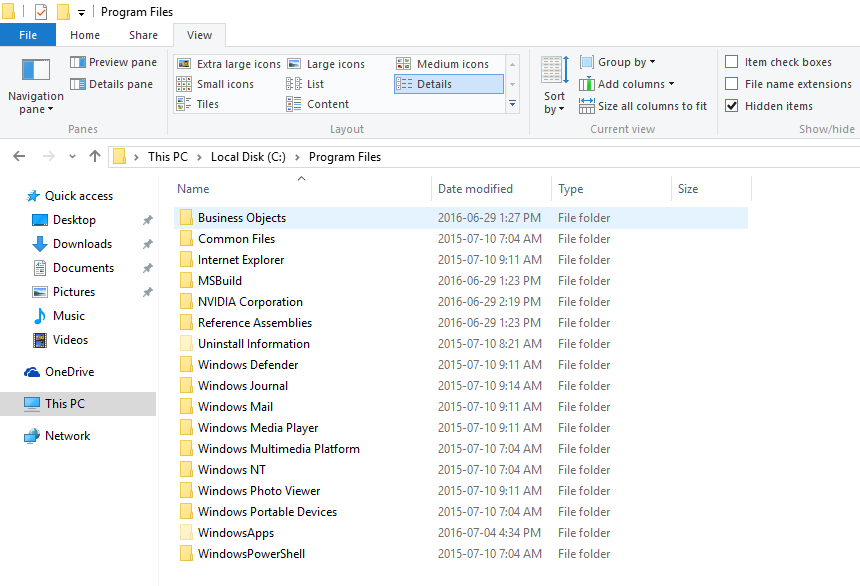 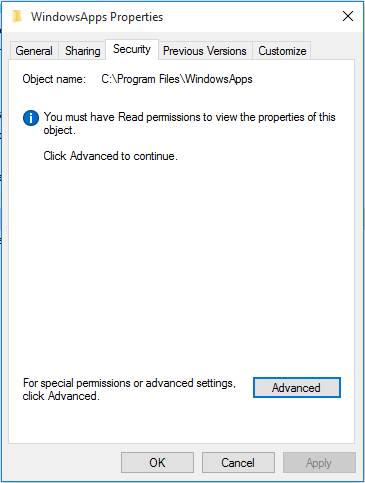 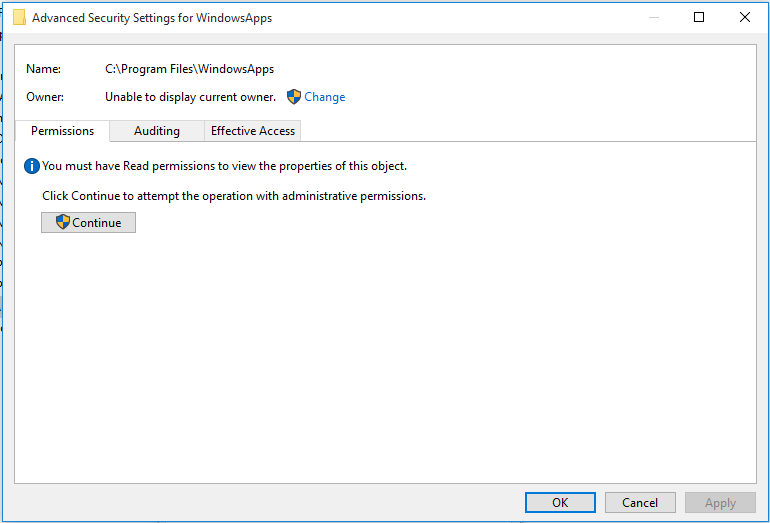 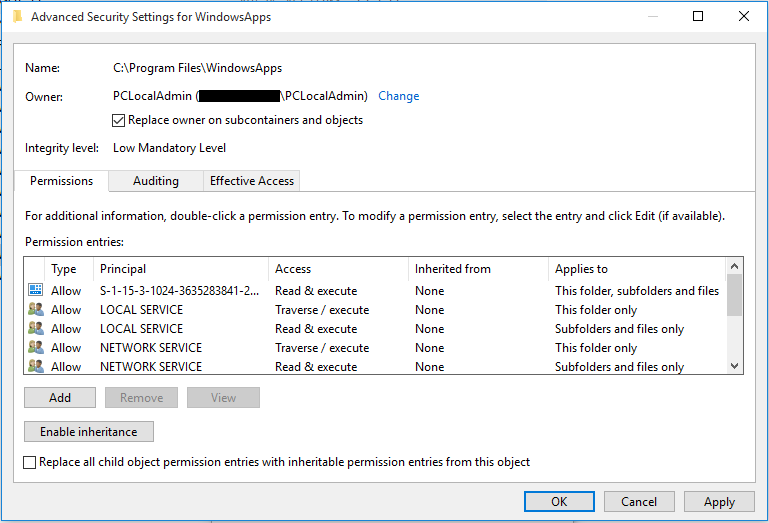 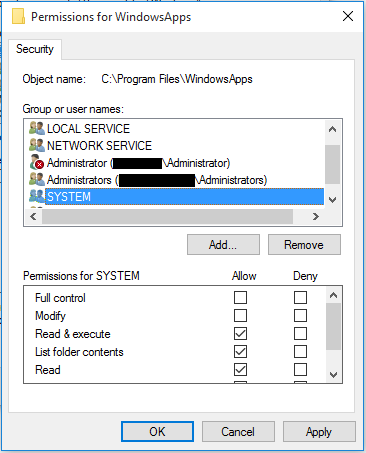 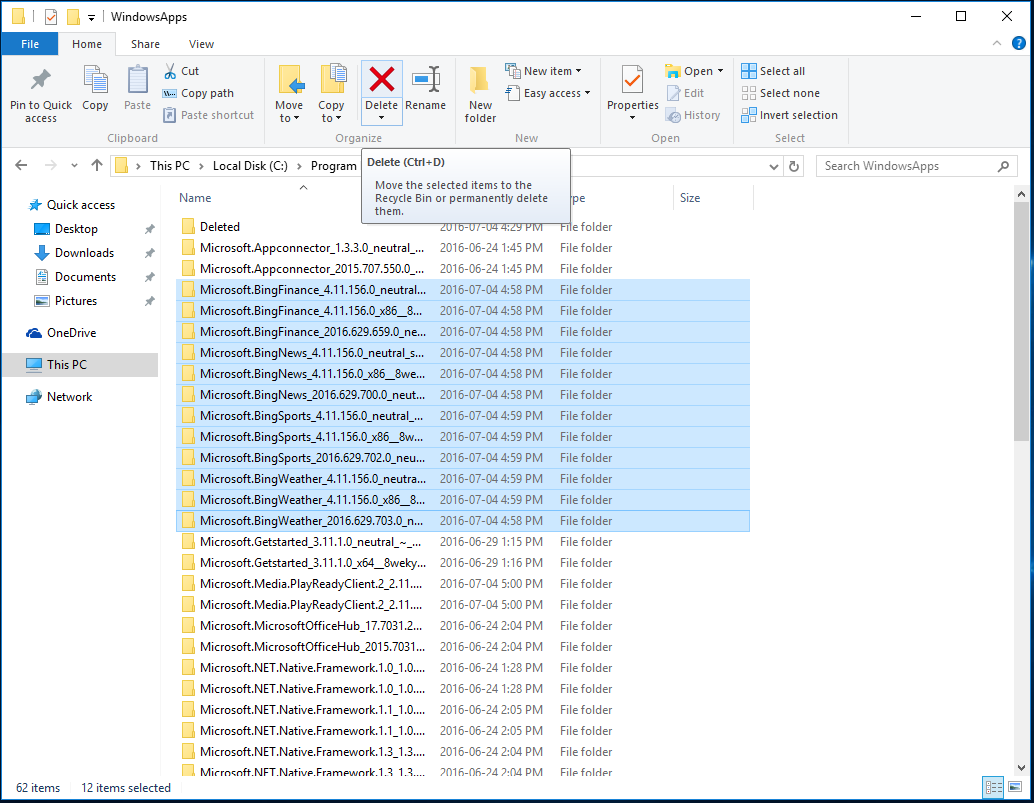 Please note that this is a solution-in-progress, I have confirmed that it works across new users and restarts, but do not yet know if it is rock solid. Do NOT perform the steps above if you don't know what you're doing, as it can seriously break your computer if done wrong. I assume no responsibility for anything negative or problematic which may result as a result of following the above steps.

Feel free to add to this solution, as I hope it is one that other admins (or just annoyed users) can follow in the future.

Just for sharing, I made a Powershell script for removing UWP bloatware apps. You can save it as a .ps1 script and run it. It will prompt you in GUI to choose UWP apps to remove. And it will both remove for you and all users, and it would use UAC to auto-elevate itself.

Not the answer you're looking for? Browse other questions tagged windows windows-10 windows-store or ask your own question.

3
Sharing Windows Store apps between accounts
4
Windows 8 Store and Apps stuck on Loading screen
1
Windows 8 Store Error code 0xc03f40c8
0
How to run UWP Apps with UAC turned off?
0
Internet Not Accessible To Windows 10's Universal Apps
0
Windows 10 Store apps not working - The application was unable to start correctly
1
Microsoft Store and other apps such as Calc and Photos won't launch after Windows' update