JDK 8 installation does not progress on Windows 10

this Oracle web site. When I open it (by clicking double) installation windows open, then I click Next and there is a windows which shows the installation progress. But that is not processing. It is still 0 for nearly 20 minutes. My friends installed it in several minutes. 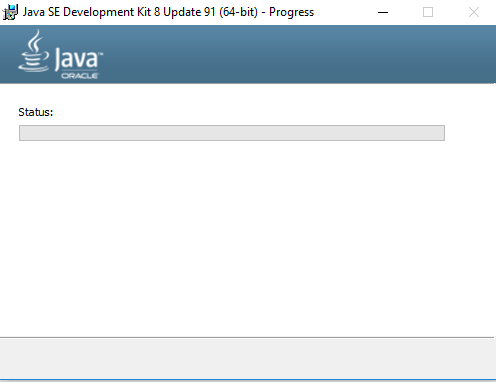 In my case there's a Java process running (JDK 7). I just terminated that process and Java installer completed installation. In order to do it follow these steps.

I found that I thought I had this problem, and actually, there was a window that had popped up on another screen that required me to hit "next". If anyone else is having this issue I'd check to make sure that there isn't a popup behind one of your other windows.

I found that my file had been "blocked" because it was downloaded.

Note: if your file was not blocked there will be no 'UnBlock' button.

I also ran as Administrator.

It still took forever to start (more than 10 minutes, so I went away and worked on something else).

Regarding Shashant's answer, the two JDK processes didn't seem to have any effect, but mine were jdk-8 and not jdk-7. They seemed to pop up as soon as I started the installer.

Not the answer you're looking for? Browse other questions tagged windows windows-10 installation java jdk or ask your own question.