Breaker got tripped when switching on laptop charger

I plugged the charger into other sockets: same result.

May I know what's the reason for this? Has the charger died?

Get rid of it at once.

Standard amp draw for a circuit breaker is 20A or more (check your breakers for the exact number, it is printed on). Your power supply should not be drawing anywhere near this much.

That much current probably means it failed to a short circuit. 120V * 20A[lower limit of current draw] = 2400 watts. That's a minimum of 2.4x what a typical microwave puts out. Your charger will get hot enough to start a fire.

Mark in his answer makes the point that it might be a combination of devices operating normally which together exceed the load on the circuit. While this is a valid point, most chargers will draw < 2A. That means that the circuit must, in its normal operation, draw very close to the maximum current draw permissible. More than likely, if this were the case, the OP would have a history of breaker trips on this circuit with startup power surges. Also, the OP tested on multiple sockets, which may (OP clarification wanted) mean that the OP tested on multiple circuits.

Easy test: plug in another appliance with similar current draw in one of the same plugs. If it doesn't trip, then it's not the cumulative current draw.

Yes, there are possibilities other than a failure to short, if you fancy experimenting to see if the charger OK. However, laptop chargers cost $30 (approx). Electrical fires and hospital bills cost a lot more.

More than likely. If the charger is consistently causing the breaker switch to trip, then it is probably fried. Dispose of it and purchase a replacement.

A gaming size laptop might have a 45Watt supply which might be able to briefly generate 200Watts of power demand at startup. That's enough to overload a magnetic circuit breaker if you have 2200 watts of demand from other devices on the circuit like say an air-conditioner and a microwave oven. I wouldn't connect it to the computer side again without seeing if you can make the power supply blow the circuit again with no load. If not you might want to build a test lamp out of a lamp socket and a 200watt 120VAC floodlamp. Then comes the hard part of measuring the power supply output with an inexpensive DVM meter - a large computer might require from 17 to 19Volts DC. If that matches what it says on the power supply label you probably can safely plug it back in to the computer, try it and declare the event a glitch. If everything works. Amazon has a lot of New replacement OEM power supplies if need be.

Is it tripping the circuit-breaker, or is it tripping the Residual Current Device (RCD)? the latter typically has a TEST button and a rating in mA. More likely there's a small earth fault with your charger/lead.

One more possibility: Does your laptop charger have a Linetek LS-15 cable attached to it?

If the cord was made between mid-2010 and mid-2012, chances are good it's affected by a recall, which was due to a defect causing a possible internal short in the cable and a fire hazard. This, too can cause the adapter to trip the circuit breaker.

If your AC adapter's power cable is affected, contact your system's manufacturer to get a replacement. 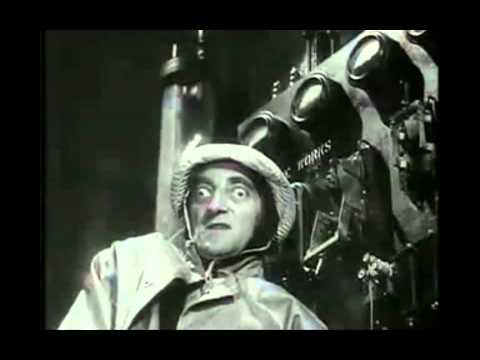 Your charger is making a "short circuit" do not plug it again if you really don't know what you are doing.

A short circuit[2] is an abnormal connection between two nodes of an electric circuit intended to be at different voltages. This results in an excessive electric current limited only by the Thévenin equivalent resistance of the rest of the network and potentially causes circuit damage, overheating, fire or explosion. Although usually the result of a fault, there are cases where short circuits are caused intentionally, for example, for the purpose of voltage-sensing crowbar circuit protectors.

The charger circuit it is not complicated per se. The problem is the voltage and amperage of the home net: note that in some language the breaker is called "safe-life". At the risk reported above by wikipedia, there is the electrocution. You can burn all the cable between the plug and the main switch.

The most probable case is that your charger is gone and you have to buy a new one.

If you are lucky, and it is not yet gone, the causes can be:

The breaker cuts off when the current through it exceed nominal value at nominal temperature. If cold it breaks slightly later, in hot slightly earlier. That's how it works. That means you have oveloaded the net.

You can overload it by using power demanding devices at once - for example fridge is on, micorwave is on, washer is on and you connect the laptop. Every single device does not exceed the limit in total they overload the circuit and may start the wires start the fire.

The circuit may be overloaded also by switching on transformer or asynchronous engine. For short ammount of time they may be considered as a short-circuit and may lead to breaker cutoff.

There is actual short-circuit and this faulty connection may start the fire.

As I understand your question, the first two options are out - You plug in your charger as usual and it suddenly fails.

Taking possible costs to account, dispose the charger as soon as possible and buy a new one. The transformer inside probably got burnt. Or you prefer buing new laptop or paying off the fire?

Not the answer you're looking for? Browse other questions tagged laptop or ask your own question.