I have added “Host Only Network” as the second network interface on VirtualBox 5.0.24 on Mac. the Guest OS is Centos6. Here are the relevant VirtualBox networks as seen via ifconfig on my Mac:

But none of those addresses are recognized on the guest itself (can not ping). So:

Update I neglected to put the ifconfig output from the guest CentOS guest virtual machine: We just have an auto generated 10.x.x.x address for eth0: 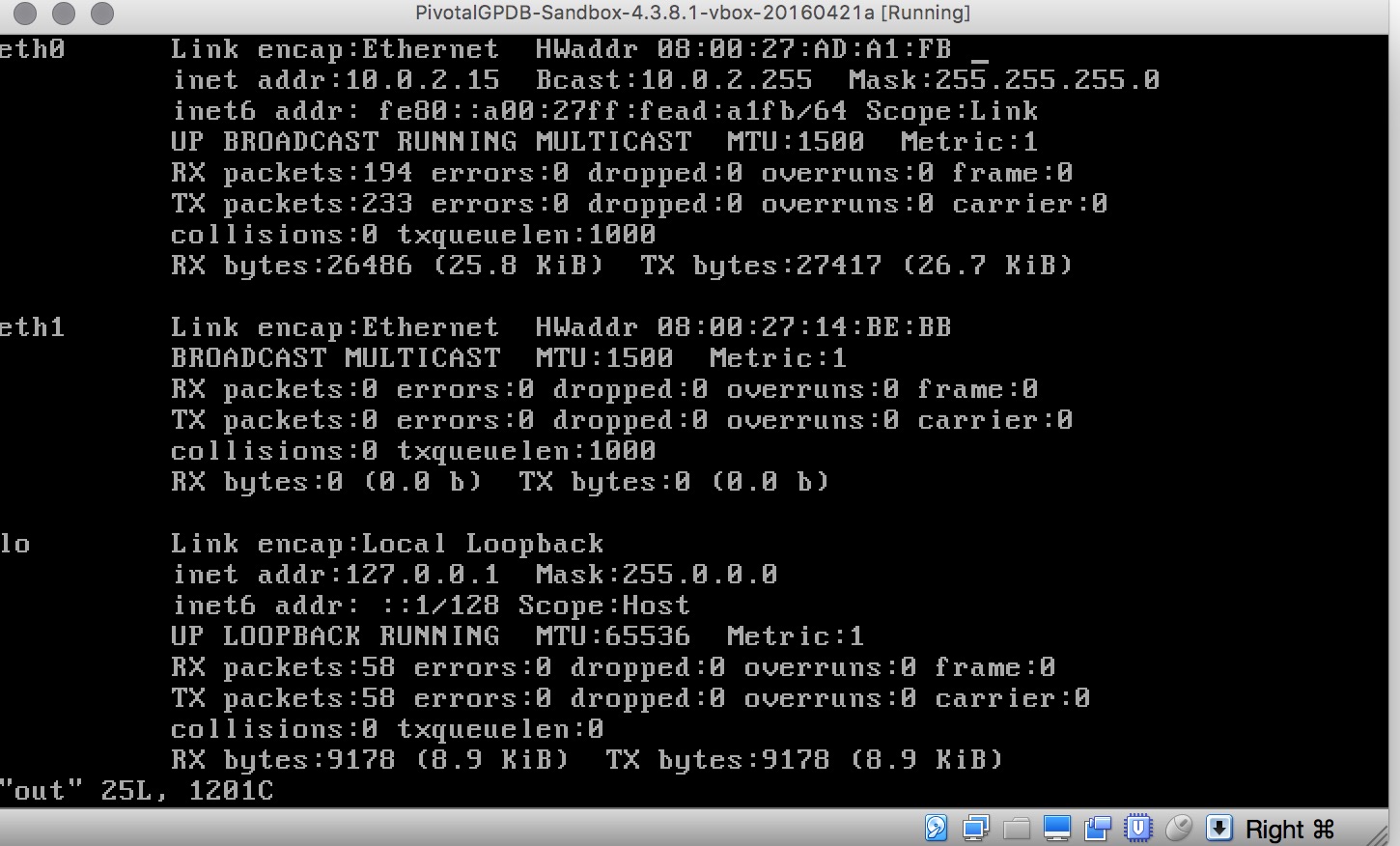 The addresses you are showing from the output on ifconfig on your Mac are pretty irrelevant:

What you want to get is the IP address the actual guest OS machine has connected to the second adapter. You would do this by logging in to the guest OS itself and somehow checking the network settings there. You didn’t identify your OS anywhere, but this would vary from machine to machine.

But in general you would not see that IP address via ifconfig from the terminal on your Mac OS X machine.

If you are running Linux and your Linux guest VM doesn’t have any IP address, then login to that machine and run this command:

To allow the guest Linux OS to get an IP address each time it starts up, you would need to set similar values in your network interfaces config. On Ubuntu you would do that by opening up /etc/network/interfaces for editing like this; using nano in this example but feel free to use whatever text editor you feel comfortable with:

And then add this bit of configuration info for eth1 right at the bottom of that config:

Not the answer you're looking for? Browse other questions tagged networking virtualbox or ask your own question.

3
Can't get bridged networking to work between linux guest virtual machine and Mac host
1
Unable to ping guest from host and vise versa in Oracle Virtual Box
2
How to Create a network connection between host and guest using static ip in Oracle Virtual Box
0
Why can't I connect to an AFP server over VPN on OS X 10.8
1
Networking problems on Ubuntu guest after upgrade VirtualBox from 4 to 5
1
Guest can reach host but host can't reach guest on Virtualbox Host Only network