Where are the volume mixer startup options? Is there in regedit?

I want to know where the initial volume of the windows mixer is located.

I want to know where the initial volume of the windows mixer is located.

Okay, so your question wasn't clear to me initially so I probably provided way too much detail below but I'll leave that as bonus material I suppose in case you find that helpful.

To control the default volume level of the Windows 10 Volume Mixer I've provided a method below that doesn't require registry hacks and I confirmed works just fine.

Basically you'll download the tool, copy it to a folder as explained in the below referenced material, and then create a simple batch script with the logic in it as I put in the below Batch Script Example. You'll then create a Windows Task Scheduler task to run it to adjust the volume per the setting you specify at logon, startup, and so on. Each time the task is triggered the volume will adjust accordingly.

Using this utility we can achieve the goals of both volume control setting and muting. Download the utility at Nir's Web site. It is a ZIP file. I simply created a folder in my Program Files folder called SetVol and unzipped the contents into it.

substituting the correct drive letter for your system. This example sets the system volume to zero.

This table shows some common volume level percentages and the value to use for the nircmd shortcut. It is based on a maximum volume level value of 65,635 units. 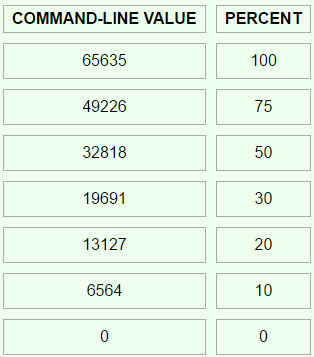 Where are the volume mixer startup options? Is there in regedit?

you can follow the below instructions referenced on the steps to follow to edit the registry for enabling the older GUI of Windows Volume Mixer.

How to enable the old Volume control in Windows 10

To restore the old volume applet in Windows 10, follow these steps:

Tip: See how to jump to the desired Registry key with one click.

Create the MTCUVC subkey if you do not have it. 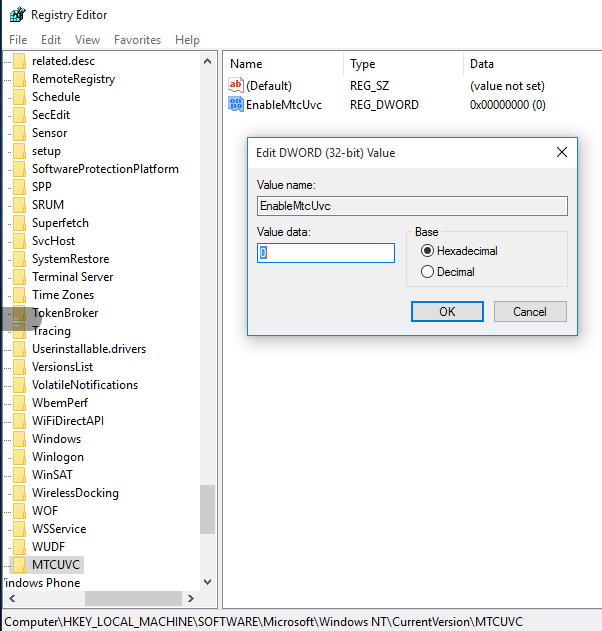 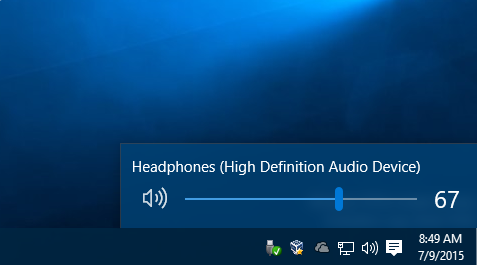 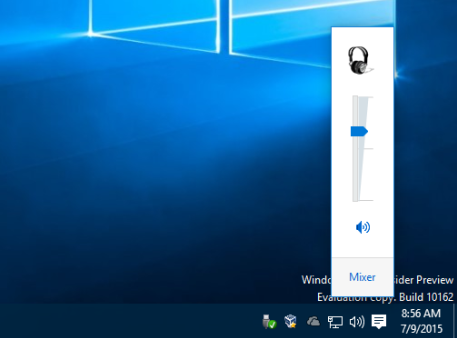 Not the answer you're looking for? Browse other questions tagged windows-10 volume-mixer or ask your own question.