I have found several news sites that say that Windows 10 Anniversary update could bring PIP mode for Windows 10. Here is one article from http://windowsreport.com/picture-in-picture-windows-10-anniversary-update/ which says the following (Published April 13, 2016)

Microsoft could add a new feature called “Picture in Picture” for Windows 10. The update will most likely land with Windows 10 Anniversary Update and the tech company hinted at it in its official roadmap for Windows 10.

This is an image that shows what PIP mode looks like

Is this feature available yet and if so how can I use it?

With Windows 10 built in features or using third party software, is there a way that I can get PIP mode in Windows 10?

My overall goal is to watch instructional videos in a mini view while I do programming tasks or even play games on the same screen (I use a 55" TV).

With the release of Windows 10 version 1703 (a.k.a. the Creators Update) in April 2017, native Picture-in-Picture capability was made available with the Mini View feature in the Movies & TV app: 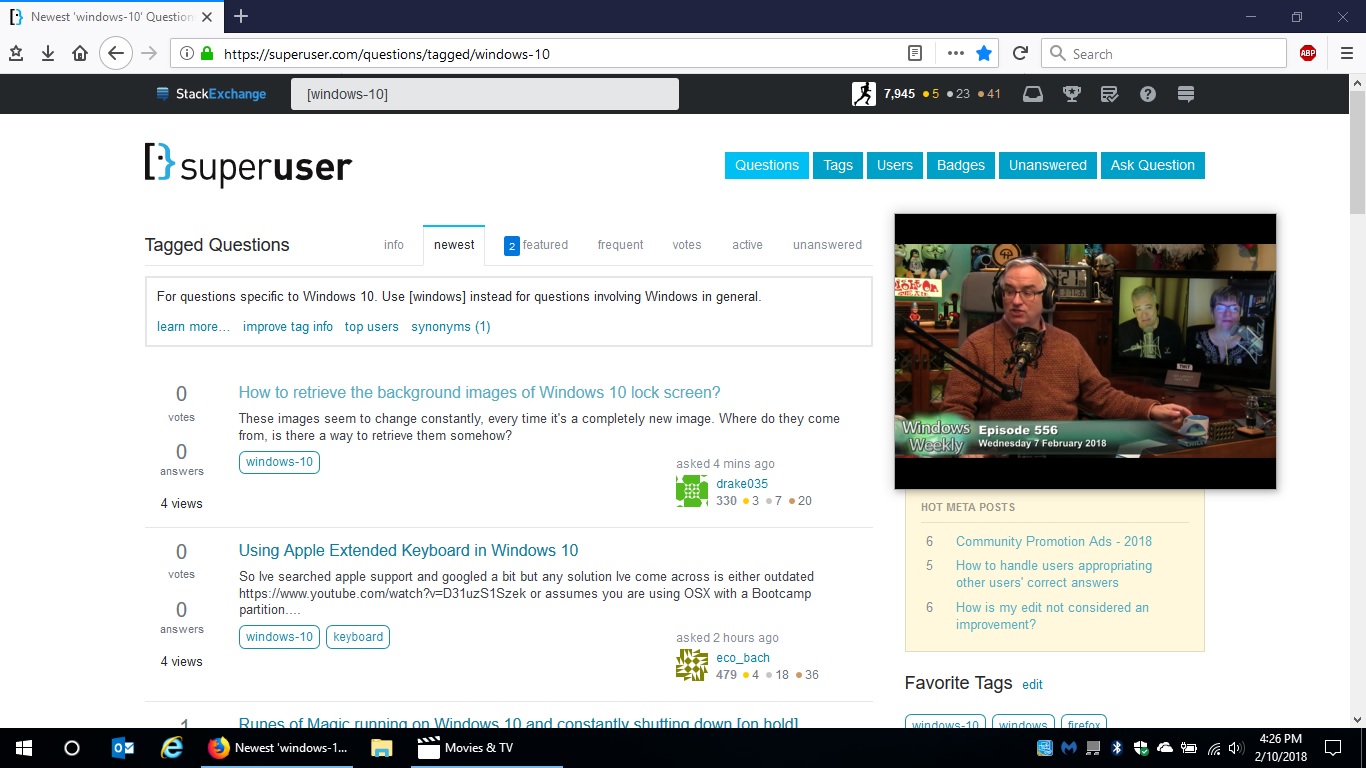 Here’s how it works:

Launch the Movies & TV app and click a movie, trailer, or TV show to start playing it. Click the “Play in mini view” button in the bottom right-hand corner... 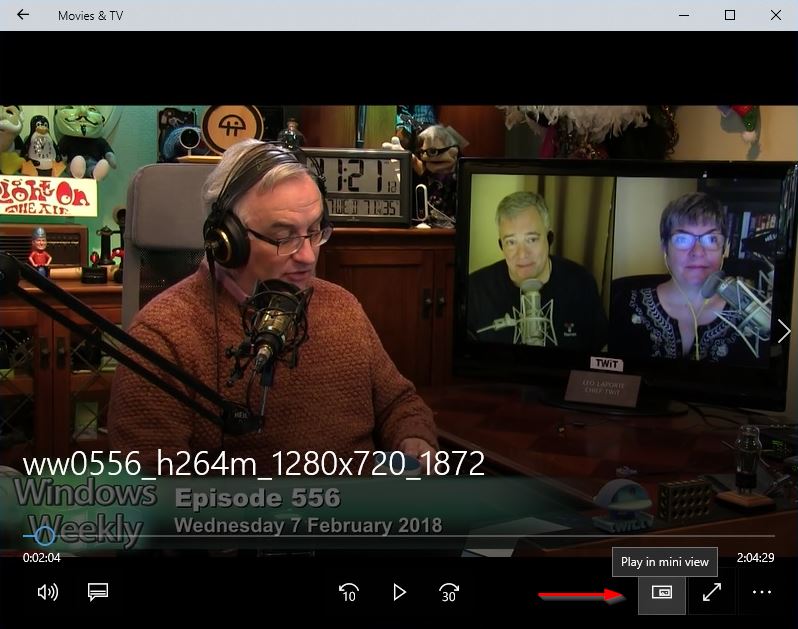 ...and the “Leave mini view” button when you want to exit. 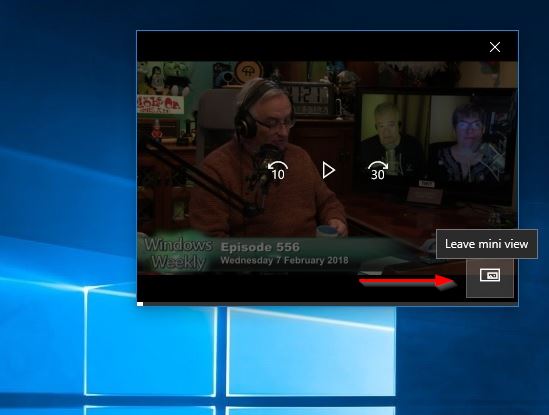 The mini view will stay on top of any other windows you have open. You can click and drag to move it around your screen, or click a corner and drag to resize the window.

(Source: Windows 10 Tip: Watch a video while using another app with mini view)

Opera Browser has the ability to pop out most HTML5 players. It pops out over the top over everything also not just Opera. 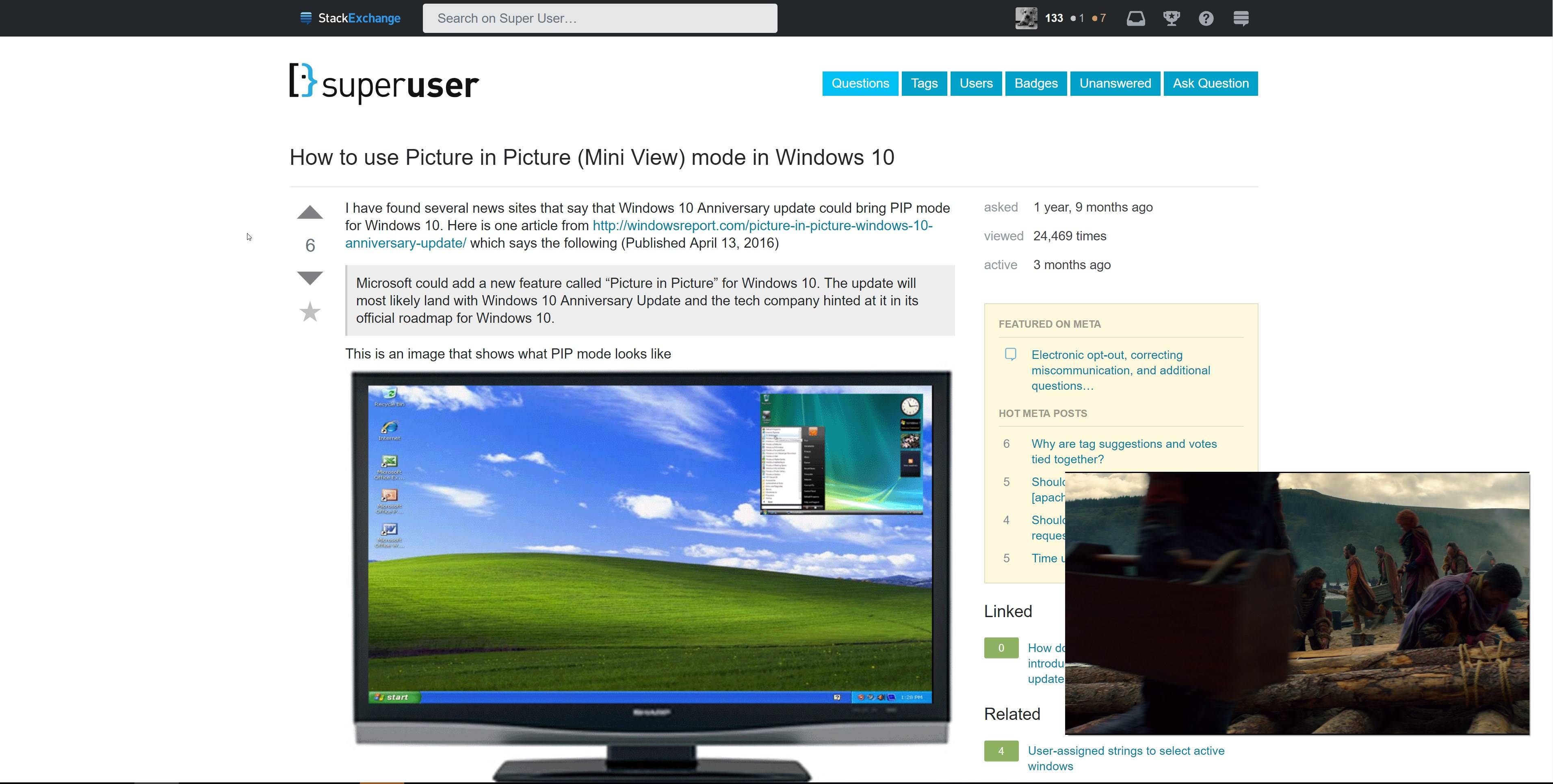 Edit* Also if it's netflix, the netflix app on the windows store has the ability to use the built in picture in picture mode.

As stated by Scott in his comment, you can use OnTopReplica.

It puts a little always-on-top window on your screen where you can watch any window you want.
It's FLOSS and has plenty of options.

The difference with having Compact Overlay is that is becomes accessible to other programs. Streaming ESPN or Fox Sports or Netflix, for example. Modern apps all hook in to proper hardware decoding, something that VLC does relatively poorly. A modern video playing app will only use 3% cpu while playing high-res video, whereas VLC will routinely use 15% or more. This is HUGE for battery consumption.

There is no such feature. Not even sure why one would need that feature, since Windows has... well... windows.

Just get a video player like VLC and set the option to always be on top.

Games would be harder, as full screen games will take over the screen. However, you can run them in windowed mode and fill the screen manually. Then the player will stay on top.

0
How do I use the Mini View feature introduced in Windows 10 Creators update?

4
User-assigned strings to select active windows
21
How to use Windows mini-dump files?
14
Mounting a remote filesystem on Windows 10 using Bash
1
Windows chromium-browser fresh build stacktrace and anonymous fatal errors on runtime
1
What is the long term plan with Windows 10? Does anyone even know?
5
How to stop Windows 10 from adding WiFi networks under the authority of some "Network Provider"
1
How do I use Powershell to Set My Account Picture?