How do I avoid broken cross-references when moving figure captions?

In MS Word, I often find that moving figure captions in a document breaks cross-references to the figure number.

Below is a simple example, in which a caption was added by right-clicking on an image, resulting in a {SEQ Figure \* ARABIC} field in the caption text. The move was done using a single cut/paste, and track changes seems to recognise it as a single move rather than separate deletion/insertion operations. When I update the field codes with Ctrl+a then F9, Word deletes the cross-reference and marks it in track changes with the message "Unknown Field Code Changed". 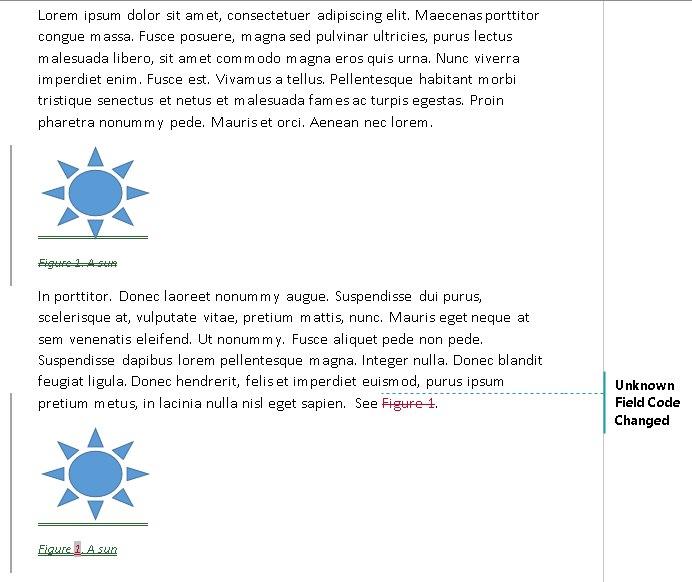 In the case you described I think the hidden bookmark that points to the figure is not updated in track changes mode (still points to the original paragraph) and after the changes are accepted the bookmark is removed with the original paragraph that was removed. Similar issue with removed references in track changes mode is described here as a bug.

Not the answer you're looking for? Browse other questions tagged microsoft-word cross-reference field-codes or ask your own question.