Program starts but does nothing on Windows 7

One of our users is trying to run our (open source) software on his Windows 7 64-bit machine at his work.

I don't think the process actually goes very far. Here are Process Explorer views of the process' threads on his and my machine:

On his Windows 7 machine: 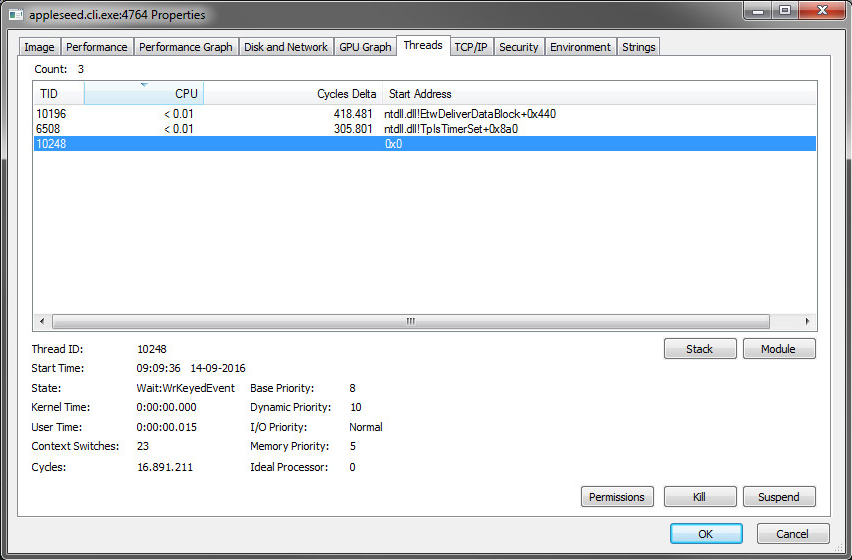 On my Windows 10 machine: 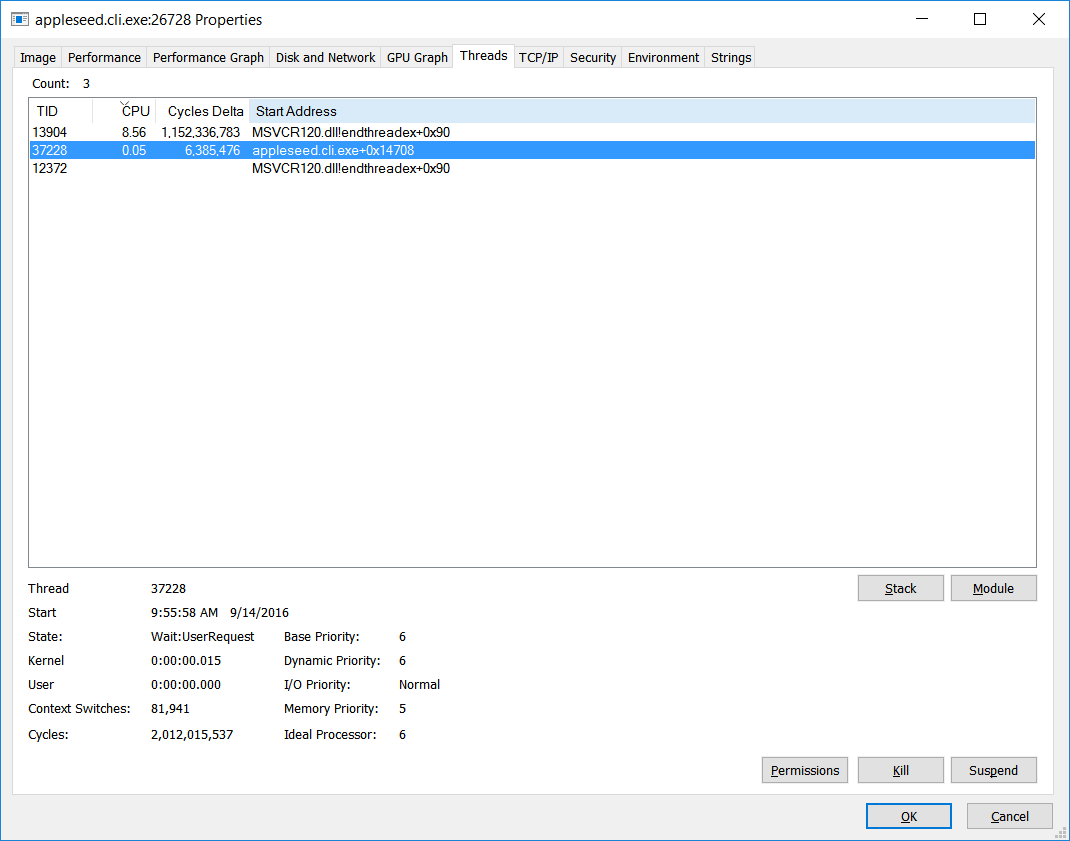 Our software was built with Visual Studio 2013 in 64-bit mode. The MSVC runtime is included. It has been working for years, probably on a variety of machines.

Update 1: I have Process Monitor traces (*.pml files) for both machines, but while I know how to interpret them, I'm not sure what conclusions I can draw from them. Anyone interested in having a look? I'm a bit hesitant to post them here as I suspect they could contain sensitive information.

Update 2: The problem is reproducible on all Windows 7 machines we've got access to, but on no other Windows versions.

Update 3: The previous release of the application is reported to work fine on Windows 7, while the latest release doesn't. Nothing has changed in the way we build or package the application.

Here's some output when I run it in the Microsoft WinDbg debugger:

See StackOverflow what a loader lock is.

This really happens very early in the startup procedure of the program.

On the callstack I see

So this could be (but needn't be) a deadlock: the thread has locked a critical section before and is now waiting for something else. It's hard to say on x64 since getting the arguments is not so easy. Otherwise we could traverse the wait chain.

The cause of this mystery turned out to be the combination of a genuine bug in version 1.61 of the Boost C++ Libraries and some implementation details in Windows 7:

Not the answer you're looking for? Browse other questions tagged windows-7 windows 64-bit or ask your own question.

0
How to check that an application runs correctly on Windows 7?

12
Why does Windows 7 install 64 bit apps in the Program Files (x86) folder? Can I change the behaviour?
4
Can't start program by PsExec on windows server 2003 64-bit
4
Running Legacy command line application on Windows 7 64 bit
6
Set 64-bit native windows apps as Default Program
1
How can I make this 32-bit program run on my 64-bit?
2
Use dosbox to run 16-bit program on 64-bit
0
Is there a way to remove a program that requires admin access to uninstall, but does not prompt for it?