Difference between `Tracert` and `Traceroute`

The program used to determine the round-trip delay between a workstation and a destination address is: (A) Tracert (B) Traceroute (C) Ping (D) Pop

When I googled it:

Traceroute is a utility that records the route (the specific gateway computers at each hop) through the Internet between your computer and a specified destination computer. It also calculates and displays the amount of time each hop took.

It seems to me both can.

What is difference between them, can you explain, please?

They should be the same. Here is what I found:

Both commands are basically the same thing. The main difference is of the Operating System and how the command is implemented in the background.On the foreground you see the same kind of information in both cases. Traceroute is a computer network diagnostic tool, displaying the route and measuring transitdelays of packets across the network.

The command is available in Unix OS as ‘traceroute’, while it is available as ‘tracert’ in Windows NT based OS. For IPv6 it is often known as ‘tracert6’. In Linux the command sends sequence of User Data-gram Protocol tothe destination host by default. While in the case of Windows it sends ICMP echo requests instead of UDP packets.

This is the difference:

I have to say that tracert lately has become my favourite tool: 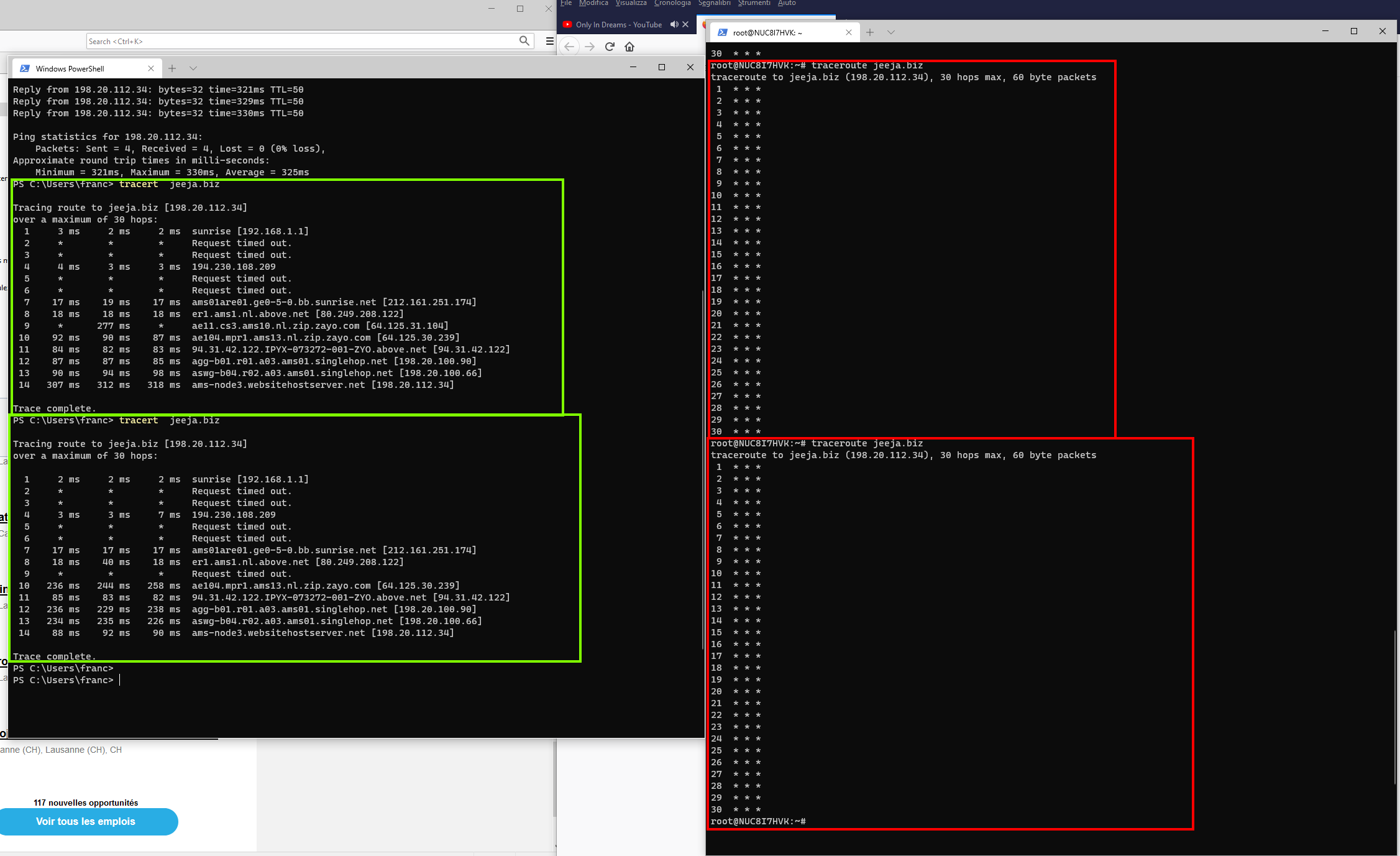 I'm sure the answer they'd want is (C) Ping. If I just wanted to check round trip time from a workstation, that's what I'd use. It's quick, it's simple, and it's available in some form on just about every network-capable device in the world.

(A) Tracert and (B) Traceroute are very similar utilities on Windows and *nix, respectively. Deciding between those two answers would depend on the OS of the workstation, which is not specified.
Either would also tell you the round trip time to the endpoint, but also to every other router along the way. So they would work, but be slower and longer to type, and maybe not available on as many machines as ping.

(D) Pop is probably just a play on ping in this case. POP is an email protocol (and a sound, and a nickname for a father, etc.), but is very unrelated to this question.

Not the answer you're looking for? Browse other questions tagged networking command-line routing ping traceroute or ask your own question.

13
Why is tracert showing a private IP address right after my router, even though it has a public IP?
10
What is 1.1.1.1? Why does it work for traceoute but not ping?
1
If traceroute result returns more than one gateway in one hop, what is the path of the destination host?
1
Route Local-Interface-Destined Packets to Gateway
14
Can someone explain a tracert to my own public IP?