I have noticed that NVIDIA files are making my Driver Store File Repository take up a whopping 16.2 GB. Clearly there is something wrong here.

I did some research, and I downloaded the suggested DriverStore.Explorer.v0.8. This confirmed my fears. 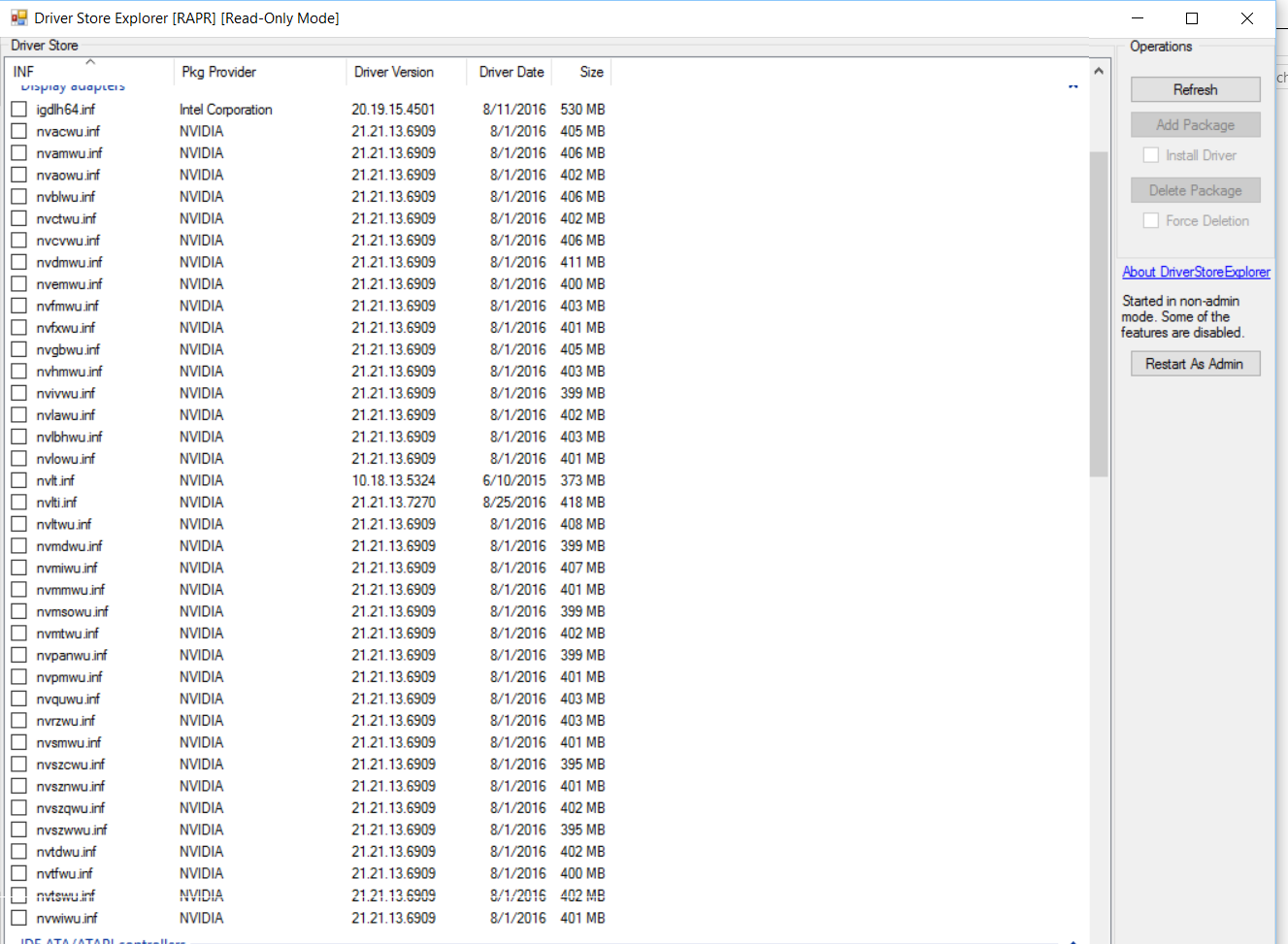 Is there any way I can delete these but knowing which I can delete safely? I couldn't find any clear guidance on this.

My solution was to sort the drivers by version number, and delete all the Nvidia graphics drivers except the newest. I didn't need to use "force" for this so I'm happy those weren't in use.

My guess would be there was a bug in that particular version of the Nvidia installer which meant that loads of different unnecessary drivers were installed for devices you don't have - this is why the DriveStore Explorer doesn't recognise them as old drivers.

The ones that are old, you can safely remove them by delete. Do not select force delete. This way, if a driver is in use, it wouldn't be deleted. You can do that for the devices that are active such as Nvidai GPU, which you can be sure of being used by launching Nv Control Panel.

The image shown in the question looks weird as it looks like all the NV drivers installed are same on the same date. I have not seen any such thing earlier. The best option is to uninstall the NV driver manually from Control Panel, select all the NV instances in the image above and remove them by clicking 'Delete Package'. Do a fresh NV Driver install using Driver's setup. For a typical user, it should be fine!

Not the answer you're looking for? Browse other questions tagged windows-10 drivers or ask your own question.

7
NVIDIA graphics driver in Ubuntu 12.04
0
Trouble with nvidia drivers and Xorg on a Macbook Air 3,1
0
NVIDIA GeForce GT750M drivers for Ubuntu 13.10 on iMac
30
Windows 10 Installation - A media driver your computer needs is missing
1
PC crashes due to GPU or GPU drivers (Nvidia)
0
WiFI does not work on Windows 10 BootCamp - Drops in and out
0
Windows 10 Pro - how to install nvidia drivers manually