It's hard to explain this problem so i'll provide plenty of pictures, just so you can see what's going on. Basically, the problem i'm facing is that i can see background applications when another application goes to full screen, or full-borderless-window mode (such as a game, movie) and other cases as well, such as video playback in a web browser (eg. on youtube either in full screen mode, or not).

To clarify more, the windows on the background needn't actually be on the background, they don't even need to be open at the time of playback. For example i regularly have my chrome web browser open, as well as the application Code::Blocks, as well as other windows explorer tabs, or Microsoft word etc.

I have been carefully gathering many "printscreens" and photos with my phone over the course of at least a month now just to seek help for this issue, because at first while googling i couldn't find anything. So i noticed that when taking these "printscreens" the background applications couldn't be seen in the image afterwards (by this i figured out how "printscreen" works - if you get my meaning). So i had to take all pictures with my camera, just to show you what i really see when i look at the computer screen.

In the pictures i will provide below these applications are always seen on the background (sometimes it's more subtle, other it's more obvious depending on the colors of the video/game on the foreground as well, which will make it more, or less obvious).

You can see the background upper right (its faint, note that this is a photo of a printscreen, scaled down in order to be uploaded here). The image below is from a youtube video i had on full screen. 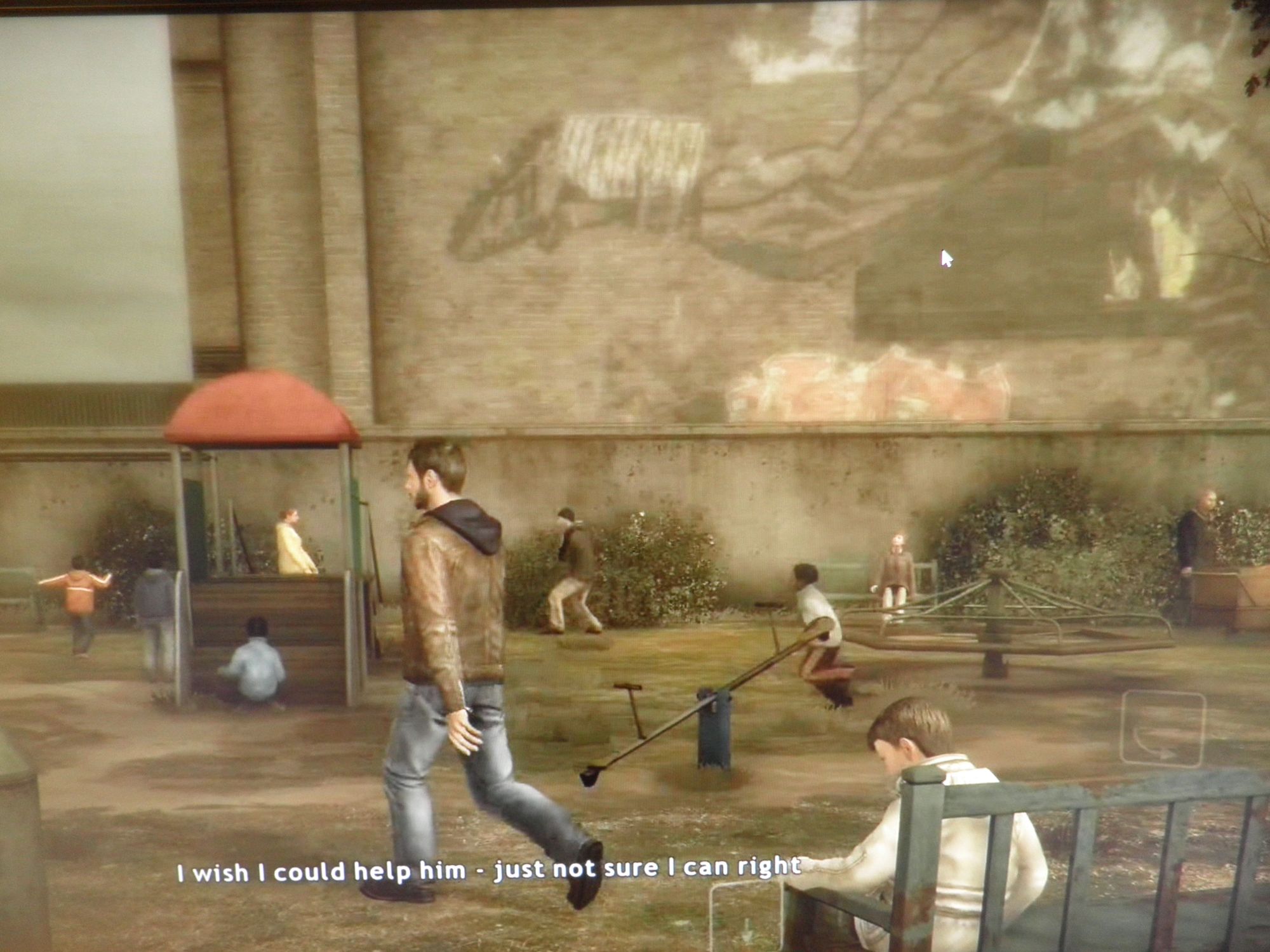 It's much more obvious in this one. This isn't even a movie, or video, or anything full screen. It's just chrome loading a pdf and on the background we can see other windows and words from my background apps. 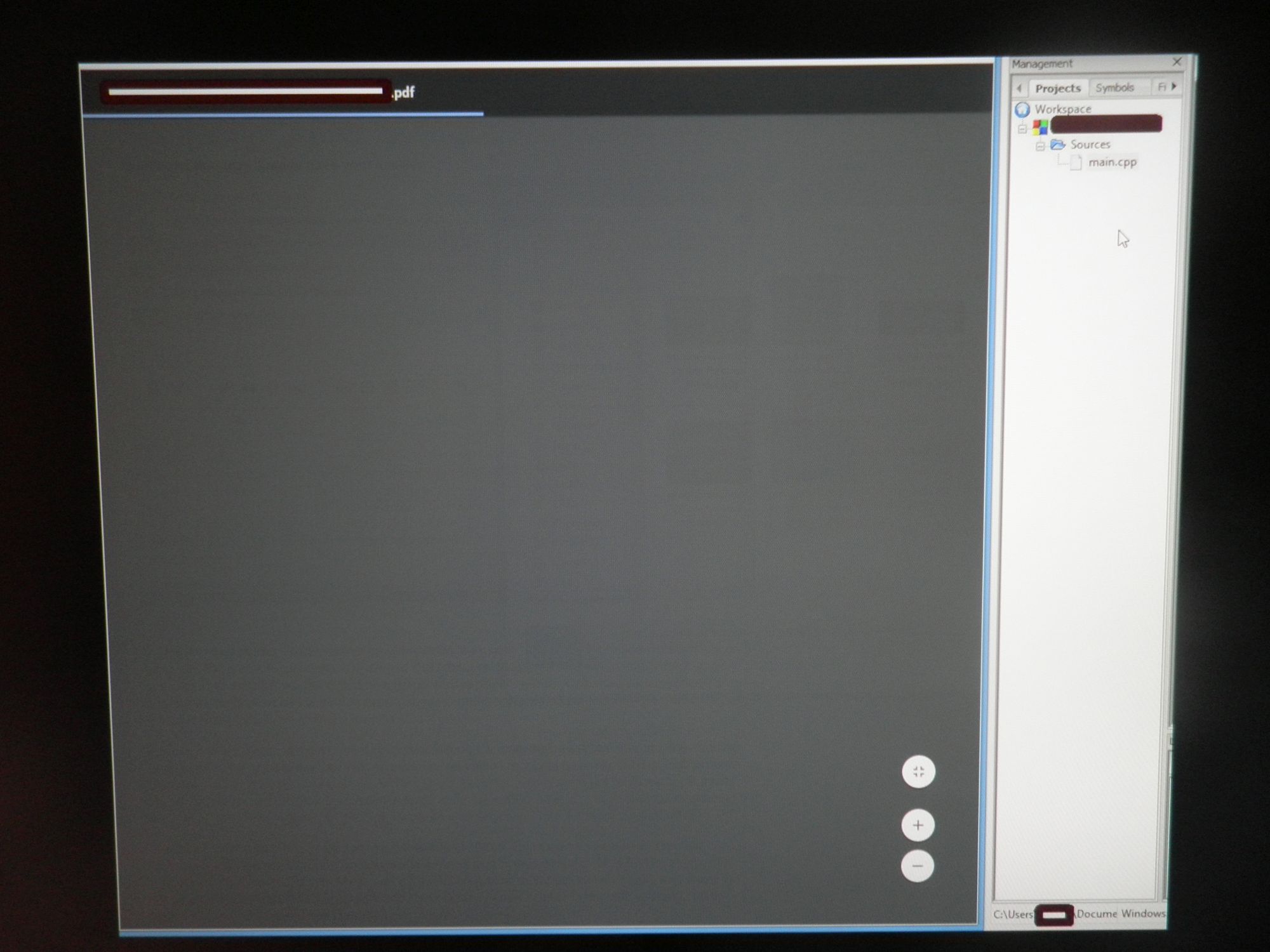 This is from a movie. I hope you can notice code from codeblocks here in the background, as well as other windows. 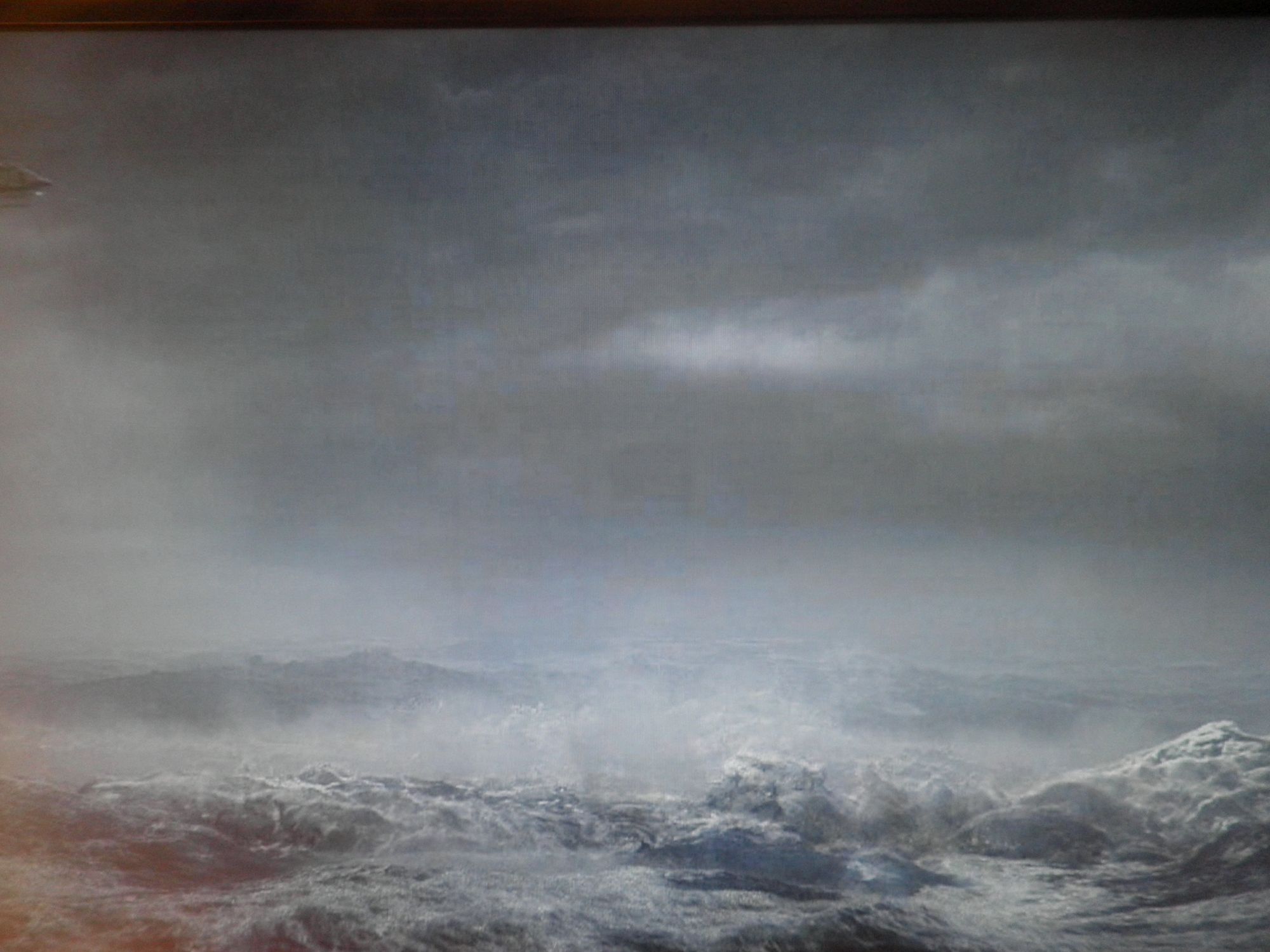 And now that i have your attention i have to tell you that it gets much more weird than that. I have dual boot my windows 8.1 pc with ubuntu linux. These "background images" don't just appear on my windows 8.1 pc but on GRUB as well! Grub is a multiboot OS loader, which loads after uefi bios and gives me a screen where i have to select to enter either windows or ubuntu. You can see on the image below. 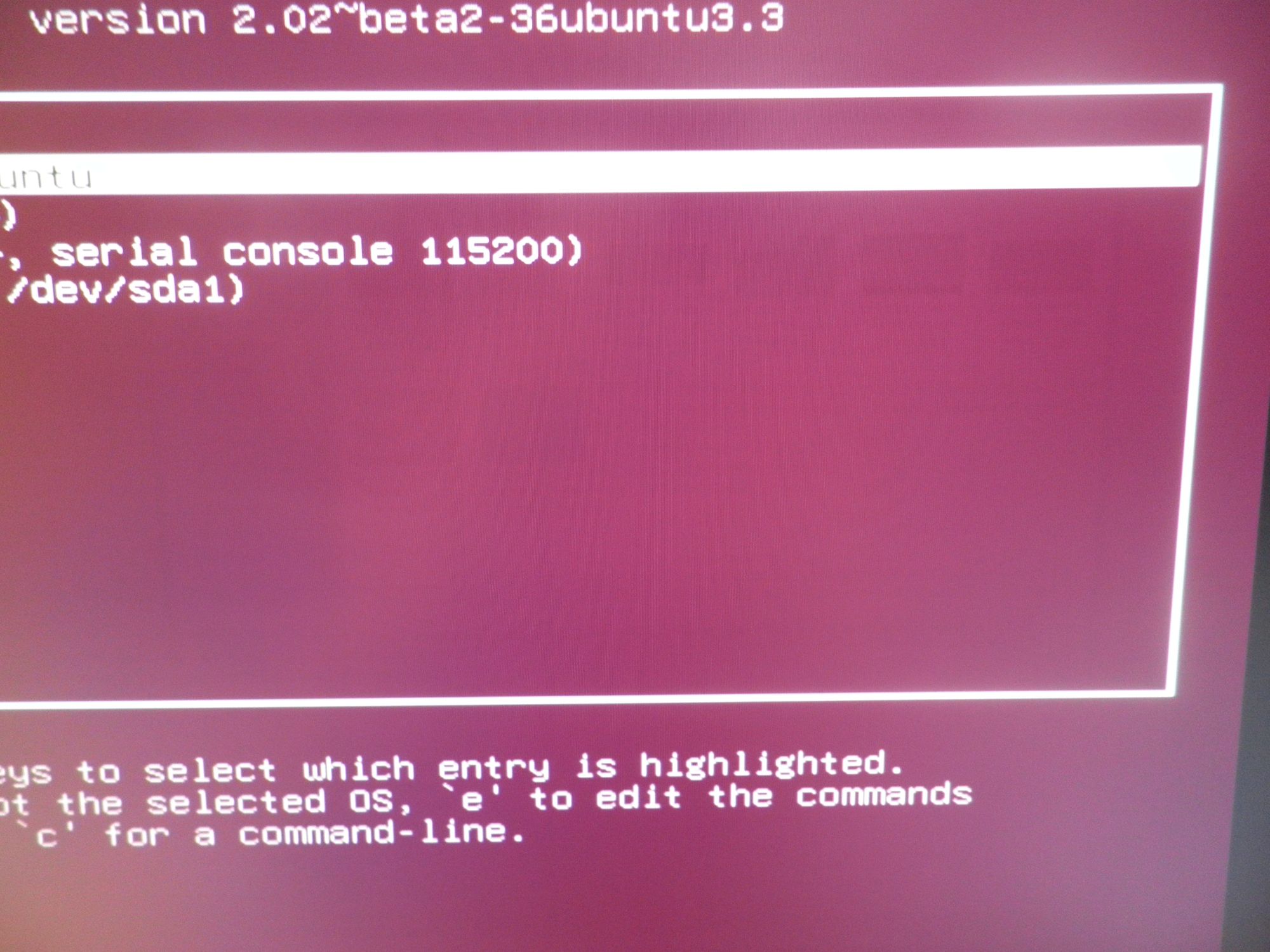 I hope you can see it (upper right more noticeable). The image that appears on GRUB is the last background applications i had open when i was in windows. Can you believe this?

The problem actually persists even after shutdowns, restarts etc ( i can see the last open windows i had the last time my windows operating systems was running). I haven't noticed this on my linux environment. I don't use ubuntu that much, but from the little i saw, i don't think linux is affected.

Anyway. It's strange enough as it is. I hope you understood the issue. If you didn't i can explain more. This becomes all the more annoying to me and i really don't know what it is, why it appears and how i can fix it. It's very bizarre. Anything you can do to help i would be grateful. Thanks in advance.

This looks to be a classic example of an image becoming burned into the screen. This can happen when you leave the monitor on for too long, let it get too hot, the monitor is going bad, anything could cause it.

While it's more common on older CRT screens, it's even possible on LEDs and liquid crystal and the like. The reason it won't show up on a print screen is that it's not truly being rendered by your computer's graphics processor; it's literally burned an image on to the monitor, hence why it shows on GRUB as well.

This happened to a friend of mine as well. His Dad is an avid lover of Dr. Mario for the Gamecube, and played it almost non-stop, while also leaving the TV on for extended periods of time while not playing. After a while, we started noticing that in other games, or on cable TV, good old Dr. Mario would still be standing there, silently judging us for playing crappy old PS2 games.

Not the answer you're looking for? Browse other questions tagged windows-8 windows-8.1 display grub desktop or ask your own question.

9
How to change Windows 8 Start Background Image and Color Scheme?
22
Windows 8 - Media Player disable fade music when in background
3
After 10-20 minutes of gaming, my screen has black stripes on it, and has moved a bit to the left
1
Multi-Monitor video playback with controls one screen and video on another
2
How to change Windows Start Screen background
1
Strange display issue occurring after a prior Internal disk error
2
Desktop background slideshow - taking more control
0
Windows can't boot after Samsung Recovery Solution 5 restored it
0
Something hit the back of the computer screen